[Jim Nolan's tree] says that 6 Nolan brothers came from "Carlow" (unclear if that means Carlow town or Co.Carlow) to Co.Limerick "about 1710".
He says that:

[Michael Nolan letter, 1970] says: "Two Nolan brothers came out of the Island field in Limerick and occupied Ballysimon and Kilbane."
The Island Field is the N part of King's Island in Limerick city.

[Jim Nolan's tree] says that Nolan of Ballysimon, and Nolan of Kilbane, near Limerick city, are male-line relations of our Nolans of the Shanagolden area in W Co.Limerick. They are related in the 18th century.

In any case, in the mid 19th century some of them moved to W Co.Limerick, and two of them - William Nolan and Catherine Nolan - married into our family (Nolan of Shanagolden area).

Of the Nolan family of the Ballysimon area:

Our family starts with:

There is an incredible Nolan headstone at Knockpatrick, W Co.Limerick, dating from the time of the Irish Famine of 1741.
This is near the grave of our Nolan family and is likely to be a relation.
From the stone can be constructed the following family: 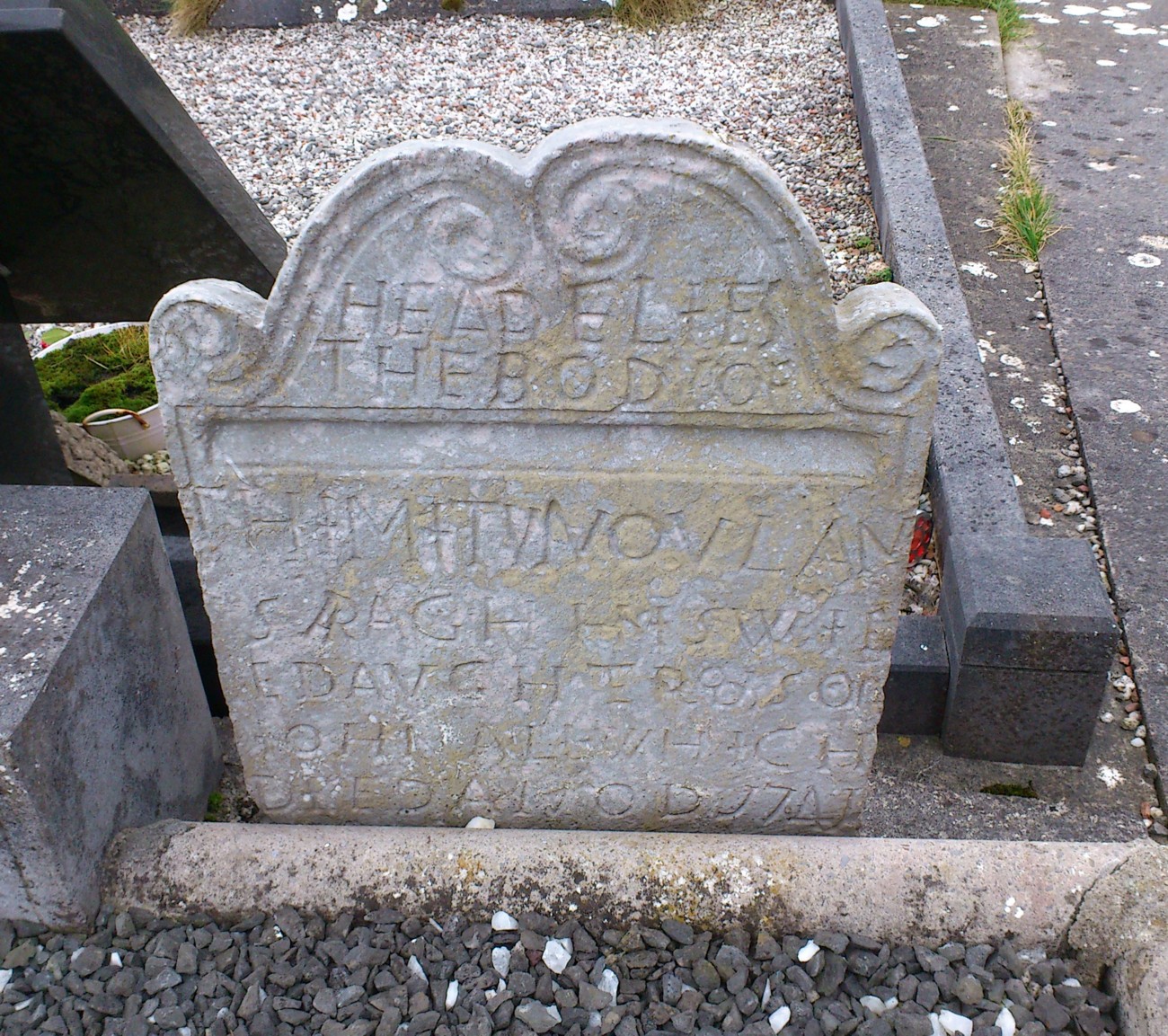