This building (now gone) was on the seafront, Salthill, Galway (seaside area just outside Galway). 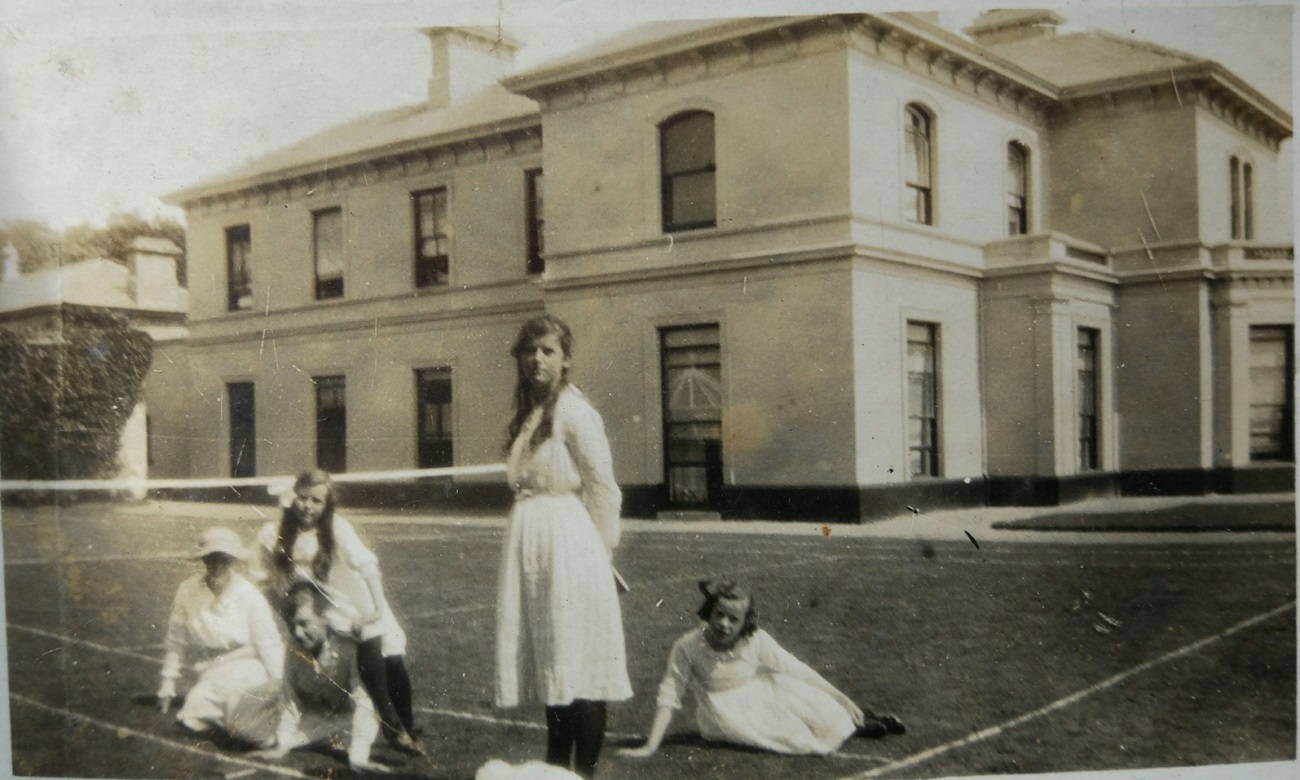 Barfield, summer 1917.
Photo from the W side.
See full size.
See other copy.


"Barfield" was acquired by James O'Mara as a summer home.
The O'Maras were there as at 1917-19.
There was a story that James O'Mara named it after Barefield (thus spelt), N of Ennis, Co.Clare (see map), since he had met his wife Agnes Cashel at a party there.
However this seems to be false. The house is already called "Barfield" on the 1887 to 1913 map.
Also [Lavelle, 1961] says James met Agnes at a dance at Hartstonge House.

The O'Maras left Barfield when they bought Cashel House, Co.Galway, 1919.
By the 1960s, Barfield had become the old Salthill Hotel.

The UFF bombing, 1976:
On Sat 3 July 1976, during the Troubles, the UFF issued bomb warnings to the Salthill Hotel and to 4 other hotels in the Republic. Bombs went off in the other 4 hotels, but nothing was immediately found in the Salthill Hotel.
See Galway Advertiser, Thur 8 July 1976,

which has a photo clearly showing that the Salthill Hotel is the old Barfield.
On Fri 9 July 1976, a new warning was issued to the Salthill Hotel, and this time a bomb did go off. The building was only evacuated just in time, and there were no injuries. The bomb caused extensive damage to the old part of the building.
See Galway Advertiser, Thur 15 July 1976.

The UFF said the bombings were retaliation for recent killings of "business men" in the North. This may refer to the Templepatrick killings of 25 June 1976.

says "The building where the Salthill Hotel is now was called Barfield on Westland Avenue."
Galway Advertiser, 10 July 1986,

says "The house where the Salthill Hotel is today was once called 'Barfield' on Westland Avenue."

The old Salthill Hotel (Barfield) was demolished, think around the late 1980s, and nothing remains.
The site has been completely redeveloped, and the massive new Salthill Hotel is now a completely new building on the site.

The massive site of the Salthill Hotel (formerly the site of Barfield).
Click to toggle map/satellite view. Click to zoom in/out. Drag to move.
From Google Maps.

Postcard around the 1960s showing Barfield as now the Salthill Hotel.
Photo from the SE. See full size.
Photo by John Hinde Studios. Scan from here.

Older looking gatepost and (not so old looking) wall, at E side of Salthill Hotel.
Don't know if these date back to the old house.
Photo 2010. See larger and full size.
See gatepost and wall further back and far side of wall.
See street view.