On Cashel Bay, Cashel, Moyrus par (near Roundstone), Connemara, W Co.Galway. See Google Maps.
The house is at the base of Cashel Hill. 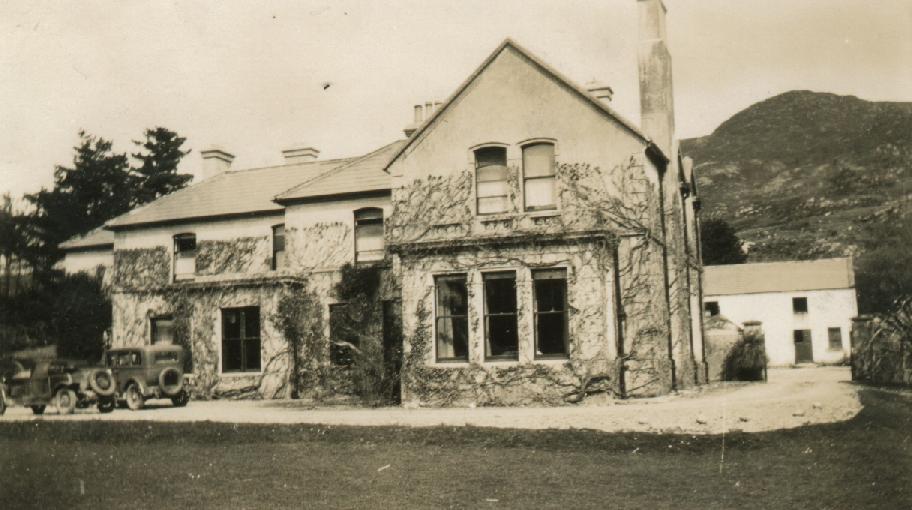 It was bought by leading Sinn Fein politician James O'Mara as a summer home, Aug 1919.
James had noticed it earlier while living at Barfield near Galway city. A photo of it exists in the family 1918 but they were not living there yet.
James liked it partly because his wife's name was Cashel (no connection).

Dick Humphreys courted James' daughter Eithne O'Mara there (they married 1929).
The house had beautiful gardens, tennis and croquet lawns, and its own boathouse and private harbour for boating on Cashel Bay (deep sea fishing, cultivation of oysters).
James O'Mara died 1948.
His family sold the house 1952 (or poss. 1951).
There is a leaflet (and p.2) putting the house up for sale, price £15,000 (about £1m in today's money), but directing queries to James O'Mara at The Grove, Killiney. Perhaps he was organising the sale before he died, but it didn't go through?

Cashel House was purchased by the Browne-Claytons 1952, who entertained Harold Macmillan (Prime Minister 1957-63) there.
See BROWNE-CLAYTON in [Burkes Irish, 1976].

Cashel House was purchased by Dermot and Kay McEvilly, 1967.
They opened it as the luxury "Cashel House Hotel" 1968.
The French wartime leader Charles de Gaulle and his wife spent holiday there, May 1969 (just before he died).
The McEvillys still run it as "Cashel House Hotel" today.
They have added a tasteful extension at back.

Cashel House before the extensions.
Painting on display at Cashel House Hotel. Photo 2012.
See larger and full size.
See other shot and other shot. 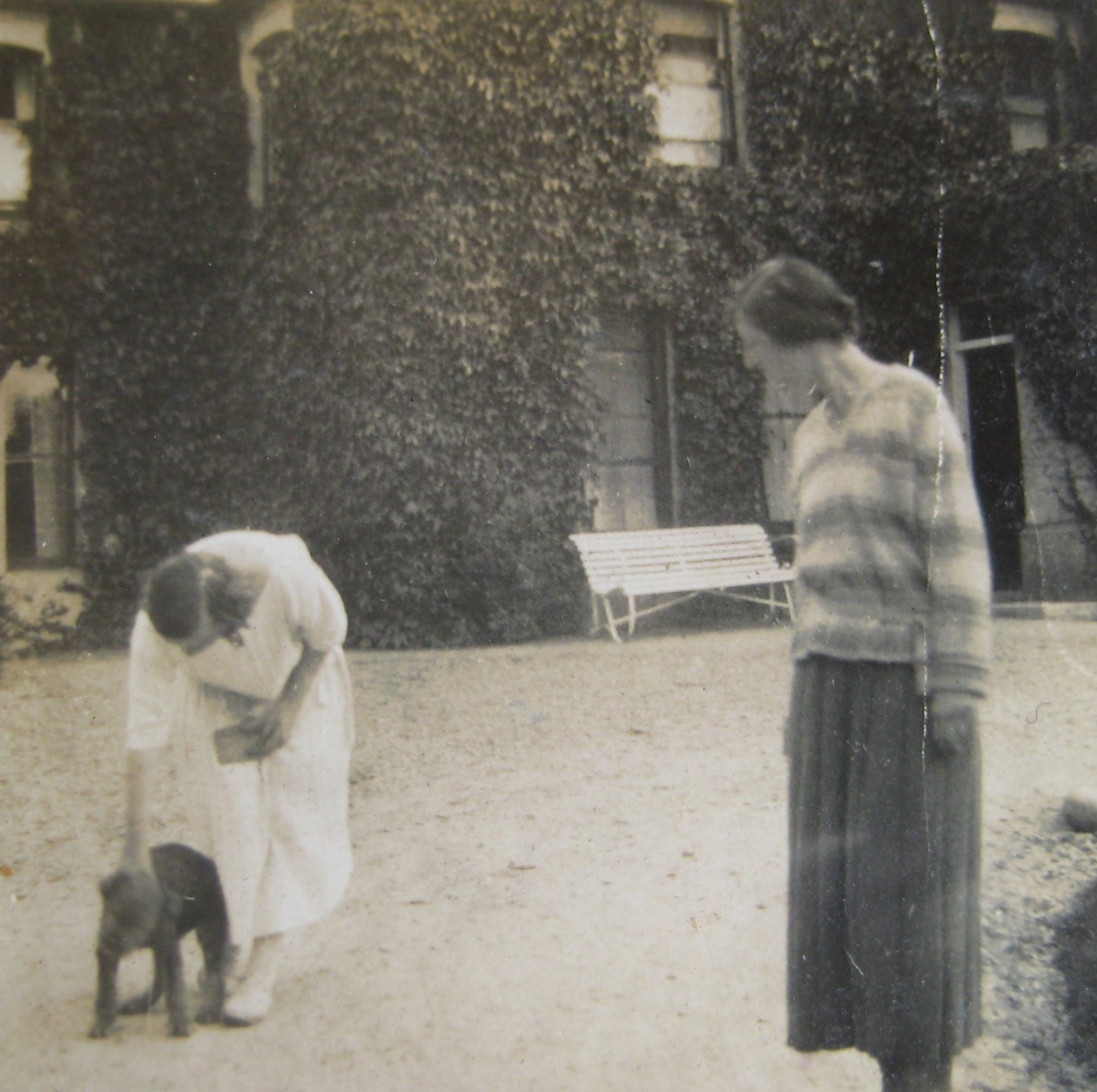 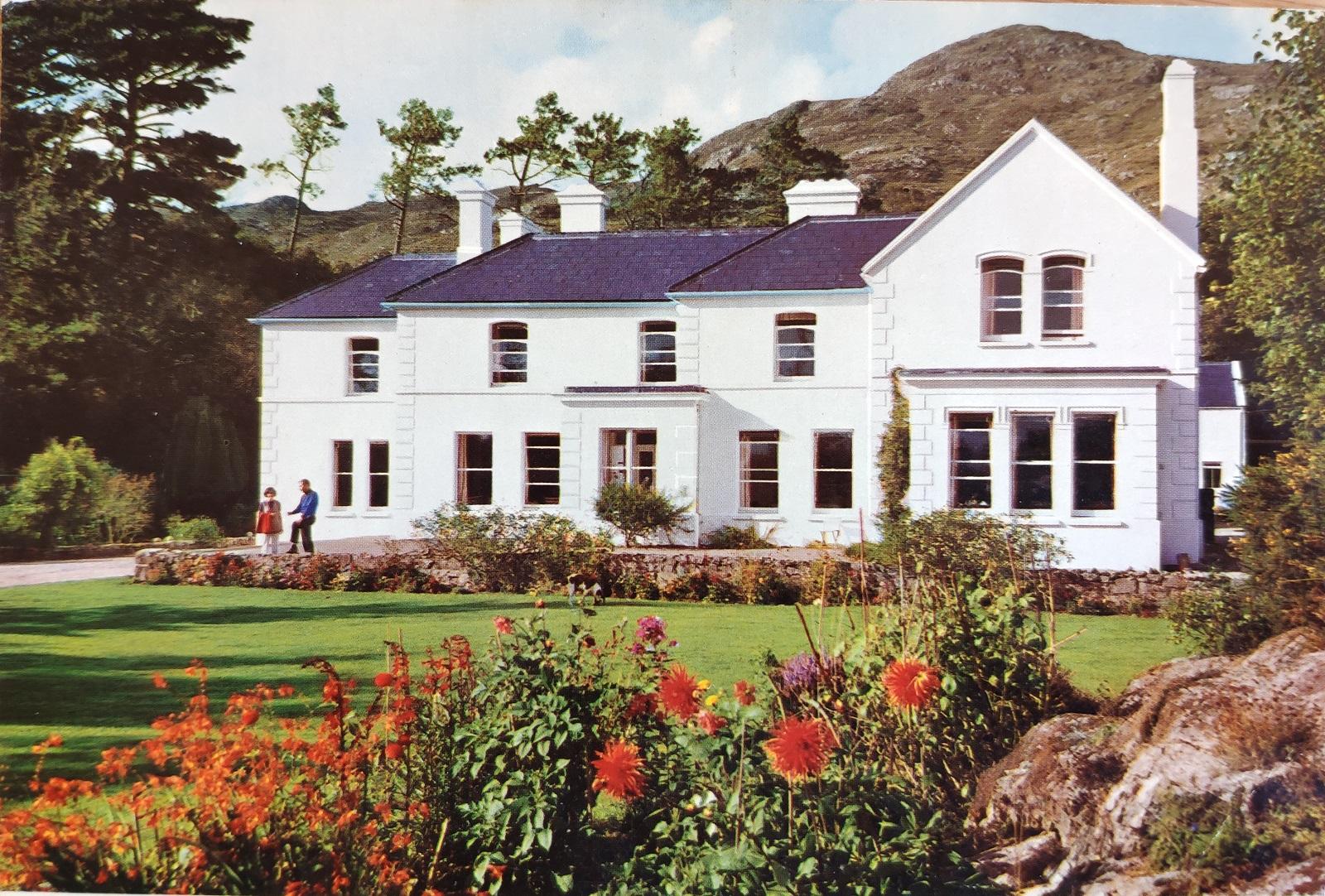