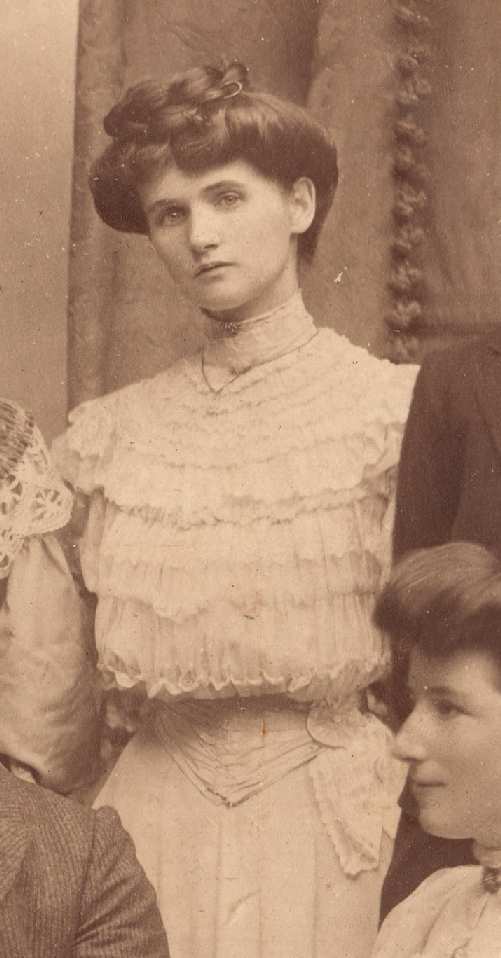 
Agnes Cashel,
born 21st Dec 1870, Mallow, Co.Cork.
Descendant through Blennerhassett of Edward III.
"My mother had a natural dignity. She could easily have belonged to a simpler and older age than ours" [Pat Lavelle].
Her father moved the family to Limerick in 1881. The Cashel family lived in Limerick 1881 to 1893. They met the O'Maras at this time.

Agnes was educ Ladies' Intermediate School, 49 Catherine St, Limerick. There as at 1884.
[Lavelle, 1961] says Agnes and her sisters were educ at "Miss Moylan's school" in Limerick.
[PAT/30] calls it "Miss Moylan's (afterwards Lady Clarke) school".
This is the school run by Jeremiah Moylan and Mary Fitzgerald, whose daughter was Lady Clarke.
[Irish Historic Towns Atlas, no. 21, Limerick] says Moylan's is Ladies' Intermediate School.

Agnes met James when she came to a dance in the O'Mara's house, Hartstonge House, Limerick, summer 1891 (James age 18, Agnes age 20) [Lavelle, 1961].
James, just finished school, immediately asked his father to take him on in the bacon factory. His mother was opposed to this, and argued that he should go to college. It was his grandfather who persuaded them to let him start work.
[PAT/1, p.7] says Agnes got on well with James' grandfather: "She was very fond of him and knew he liked her". He very much approved of Agnes. He would pass the two after mass and "he would smile and nod at them in his friendliest way".
Agnes taught English at convent in central France, winter 1891-92.

James proposed to Agnes, probably in summer 1892, at the ruined Dunlica Castle (or "Doonlicka Castle"), near Kilkee, on cliffs of Co.Clare, hundreds of feet above the Atlantic.
In the old days, the whole extended O'Mara family would gather at Kilkee, summer after summer.
James later named his house in London "Dunlica" after the castle.
Agnes' family moved to Cork apparently 1893. James moved to London late 1893. They stayed in contact.
They were allowed marry after James was 21 (Aug 1894). "Mother always felt that this had been brought about largely by Great-Grandfather's kindly interest in their romance" [PAT/1, p.7].
She mar 23 Apr 1895 [him age 21, her age 24] to James O'Mara and had issue. 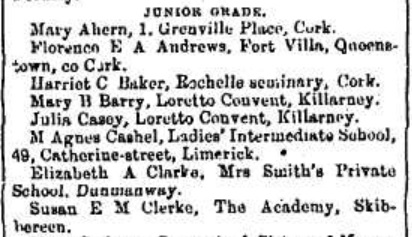 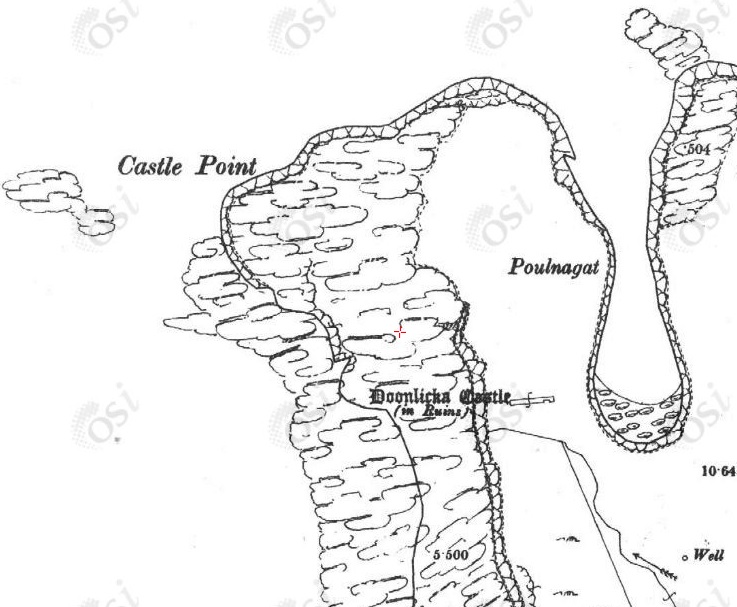 The ruin of "Doonlicka Castle", Co.Clare, on 1887 to 1913 map.
This is in Moveen West townland, SW of Kilkee, on the W coast of Co.Clare.
Almost nothing is left of the castle ruin today.
See modern map and satellite view.

James O'Mara in London paying secret visits to Agnes Cashel in Ireland in 1893-95.
Extract from [PAT/30]. 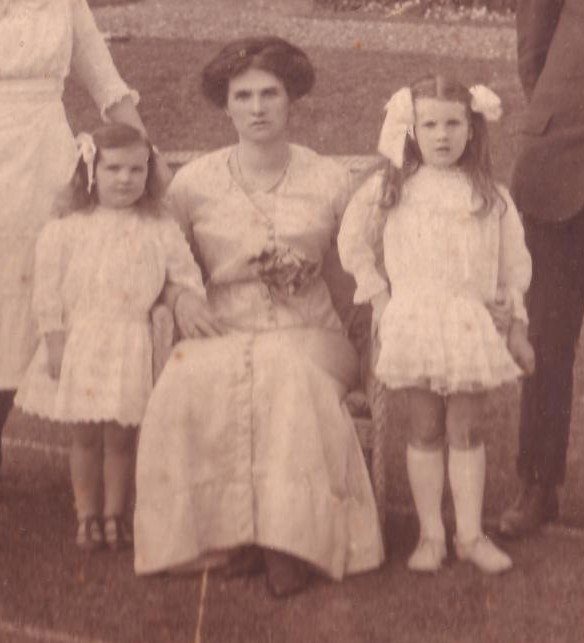 Agnes Cashel, with her two youngest children, 1912. From this picture. 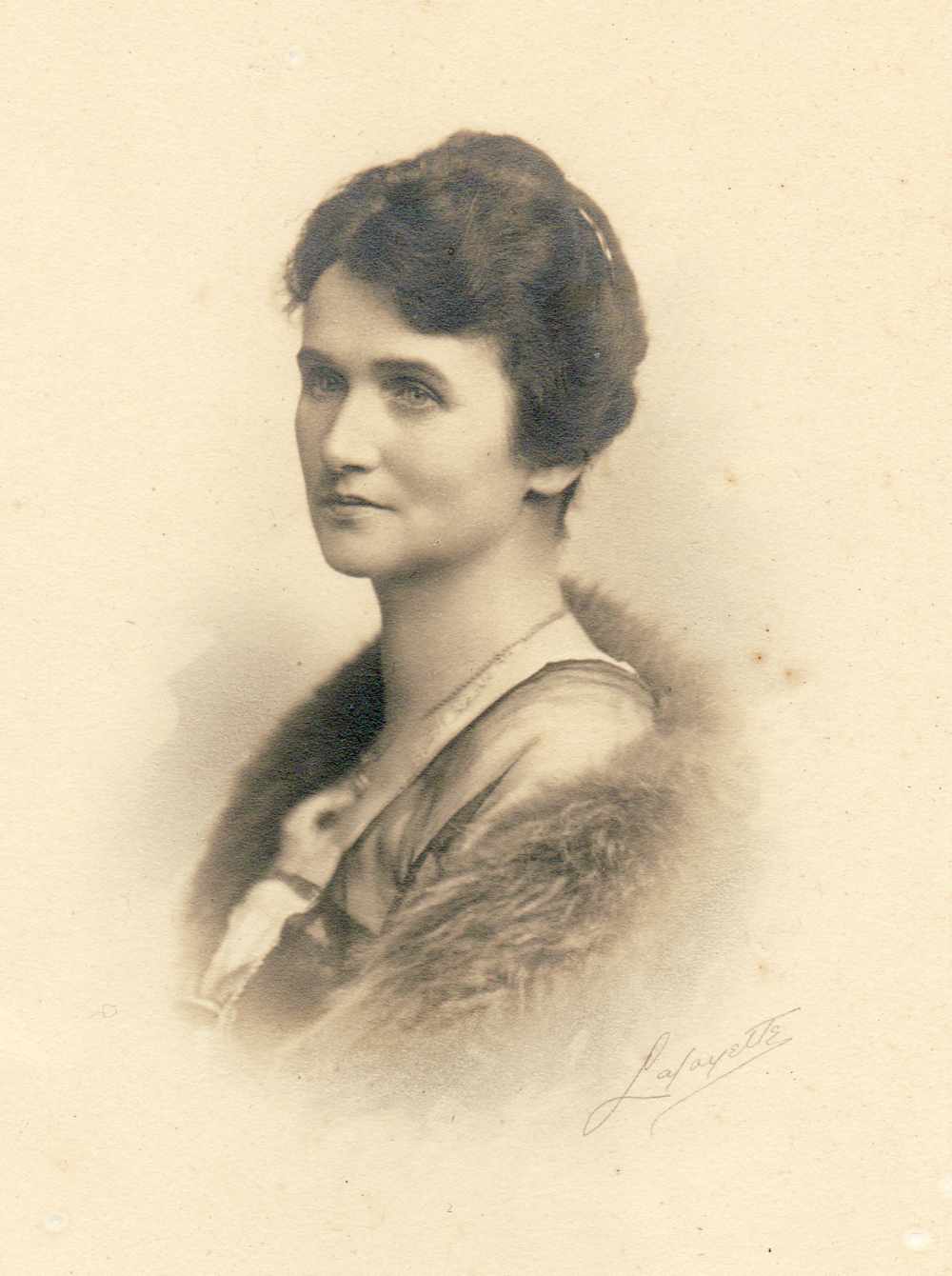 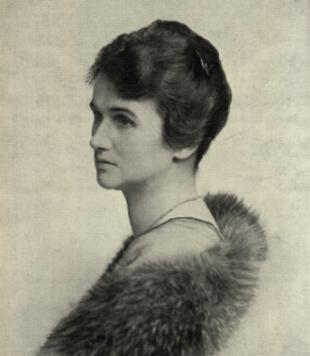 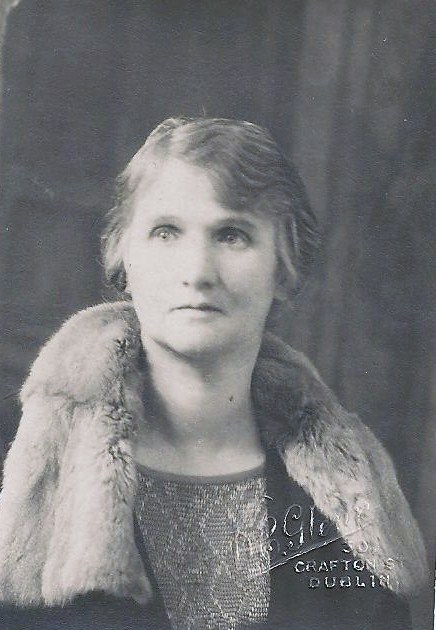 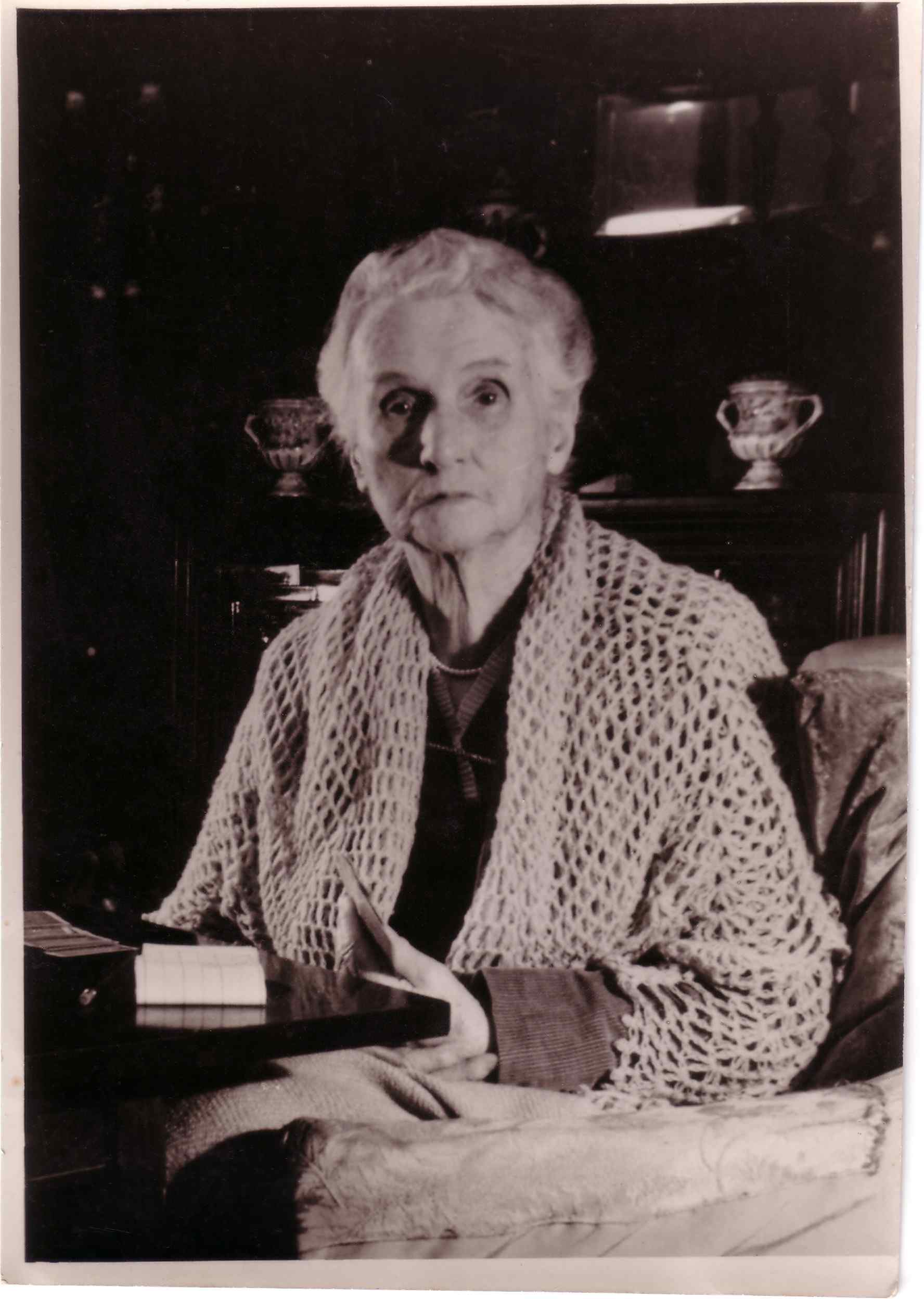 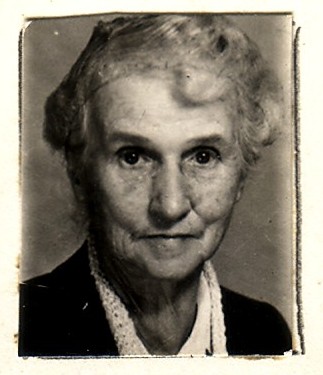