Did Joseph O'Mara live there?
A plaque to Stephen's brother, Joseph O'Mara, the opera singer, was erected on Hartstonge House in 1967.
The plaque says Joseph lived there. But it is unclear when. This may be wrong. His brother lived there.


Modern history:
The house survives today.
Now occupied by the Mid West Region HQ of the Irish branch of The Society of St. Vincent de Paul.
They re-named it Ozanam House after their founder Frederic Ozanam.
The name "Hartstonge House" is now used by another building on the street, think across the street. 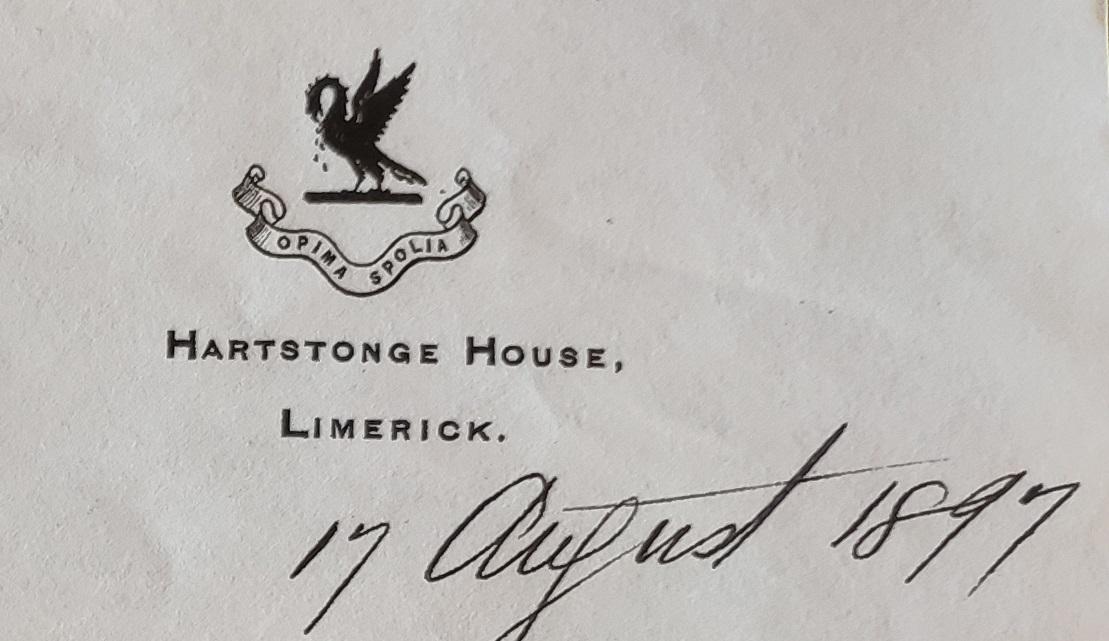 Letterhead of letter of 17 Aug 1897, from Hartstonge House.

Extract from [Guy's directory, 1914, p.17].
Hartstonge House is occupied by the Ancient Order of Hibernians.

Hartstonge St in [Guy's directory, 1914, p.116].
Hartstonge House is occupied by the Ancient Order of Hibernians. 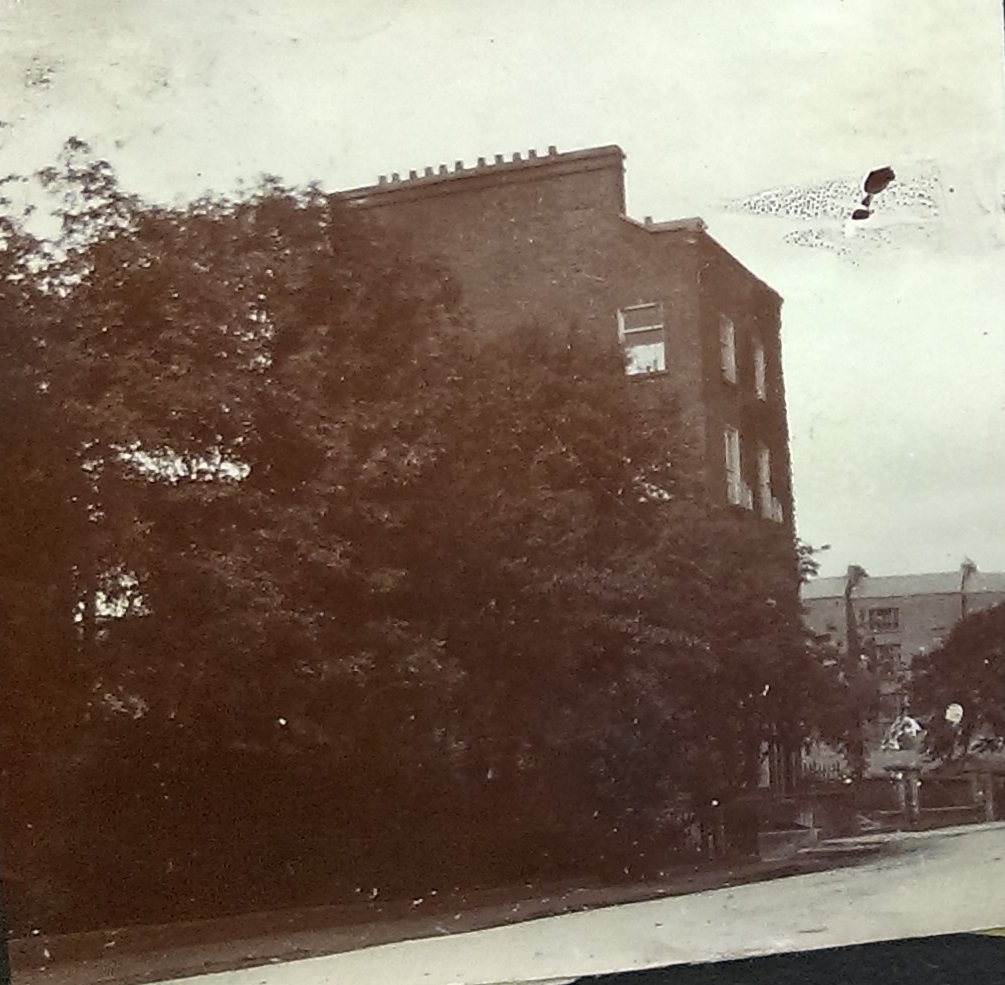 Hartstonge House. From the Pery Square side.
See larger and full size.
From [P40/910]. Used with permission of [UL Archives].

Hartstonge House is visible in the video for the song "My Love" (2000) by Westlife.

Turn the above picture sideways and you can see it has been distorted by being combined with another picture.
The other picture is clearly Joe and his wife who married 9 Dec 1905 in Canada.
They made a trip to Limerick in late Dec 1905 to see Joe's family before returning to Canada.
See full size.
See other shot at same gathering. From J/552/8.

Still from above. Looking up Hartstonge St towards Pery Square and the park.

Hartstonge House, Limerick (side and rear and interior)