---- Moynihan.
A farmer's son.
[P102/207(3)] says he was of "Knockanerebul, a townland 4 miles east of Killarney".
However this is unidentified. The only similar name is Knockacappul, Kilcummin par, near Stagmount.
[King, 1910] says he was Moynihan of Knockdurath.

He mar (dau) O'Rahilly [born est c.1700, dau of the poet].
[P102/207(3)] says that soon after marriage he got the job of gamekeeper at Tomies to Mr. Herbert of Muckross.
They lived Tomies, Aghadoe par, Co.Kerry (W side of Lakes of Killarney, see map).
The poet died at his dau's house at Tomies, est c.1730.
Moynihan and O'Rahilly had issue:

The descent of Denis Moynihan from the poet 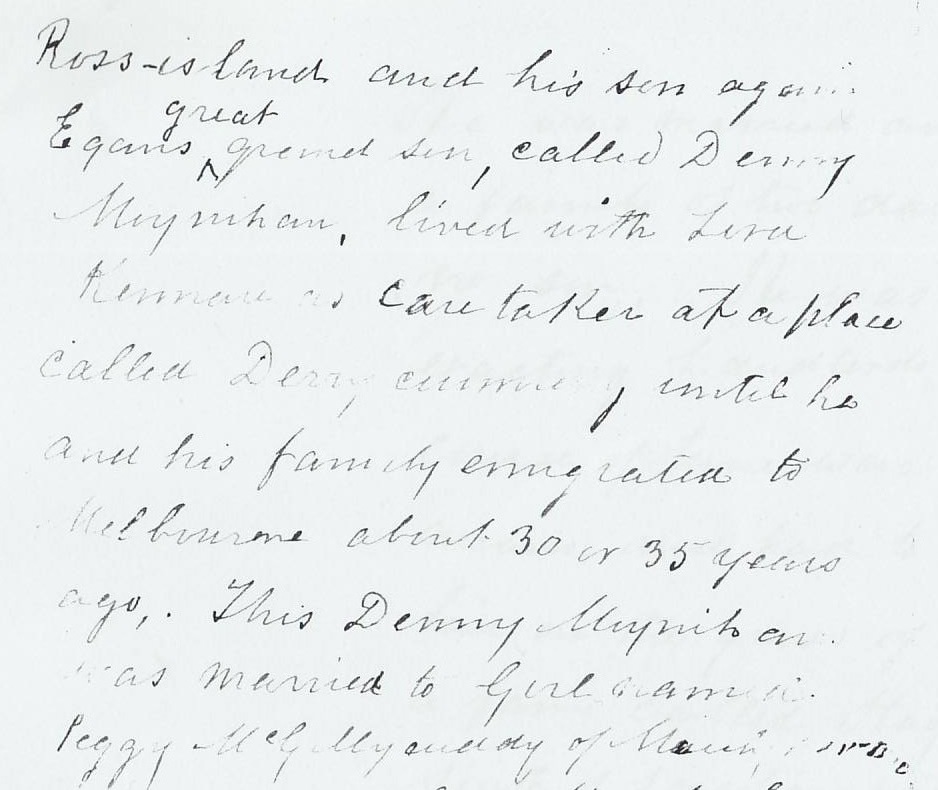 Our family looks very much like the following family, with our Denis Moynihan then bapt 18 Mar 1806.
Note that our Denis' eldest son is Maurice.
Also, the sponsors of the baptisms of our Denis' children largely match the siblings here.


The following is an interesting baptism in Tralee.
If the following is a mis-reading of "Spillane", then Maurice and Margaret seem to have married (in Killarney) just days before their first child was baptised (in Tralee):

Other Moynihans in the Killarney area