The poet is buried at Muckross Abbey near Killarney.
Memorial slab in the nave of the church at Muckross Abbey said to have been erected by his nephew Dónall 'ac Murchadha ó Rathaille, who was later buried with him.
RHS corner facing up the nave toward the tower. See irishgraves.com.

Location of O'Rahilly tomb, Muckross Abbey.
On RHS as you look up the nave towards the tower. Indicated by arrows.
See full size. From title page of [Dineen and O'Donoghue, 1911].
See other scan.

View from the Lawrence Collection, c.1890.
From here. 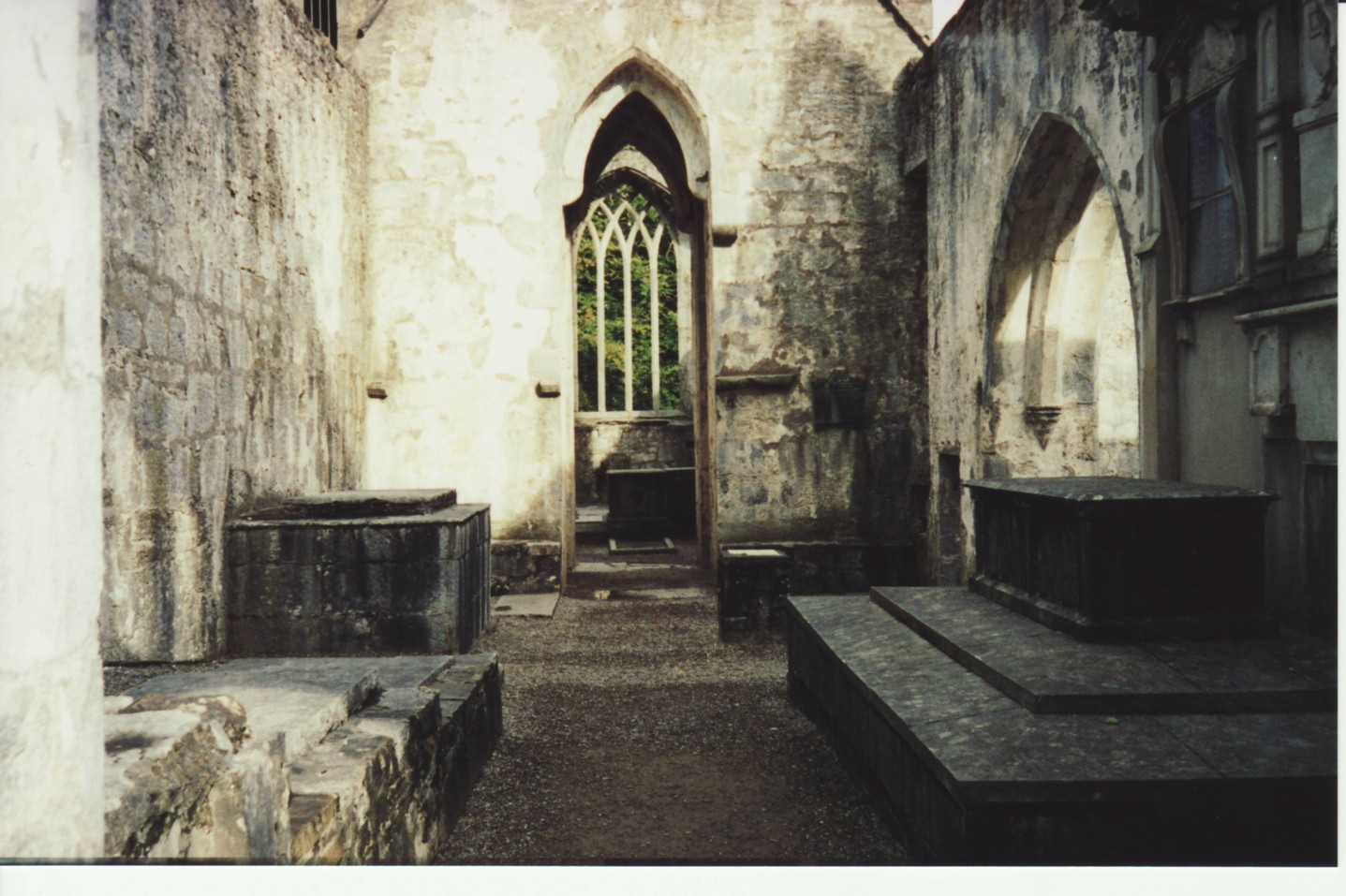 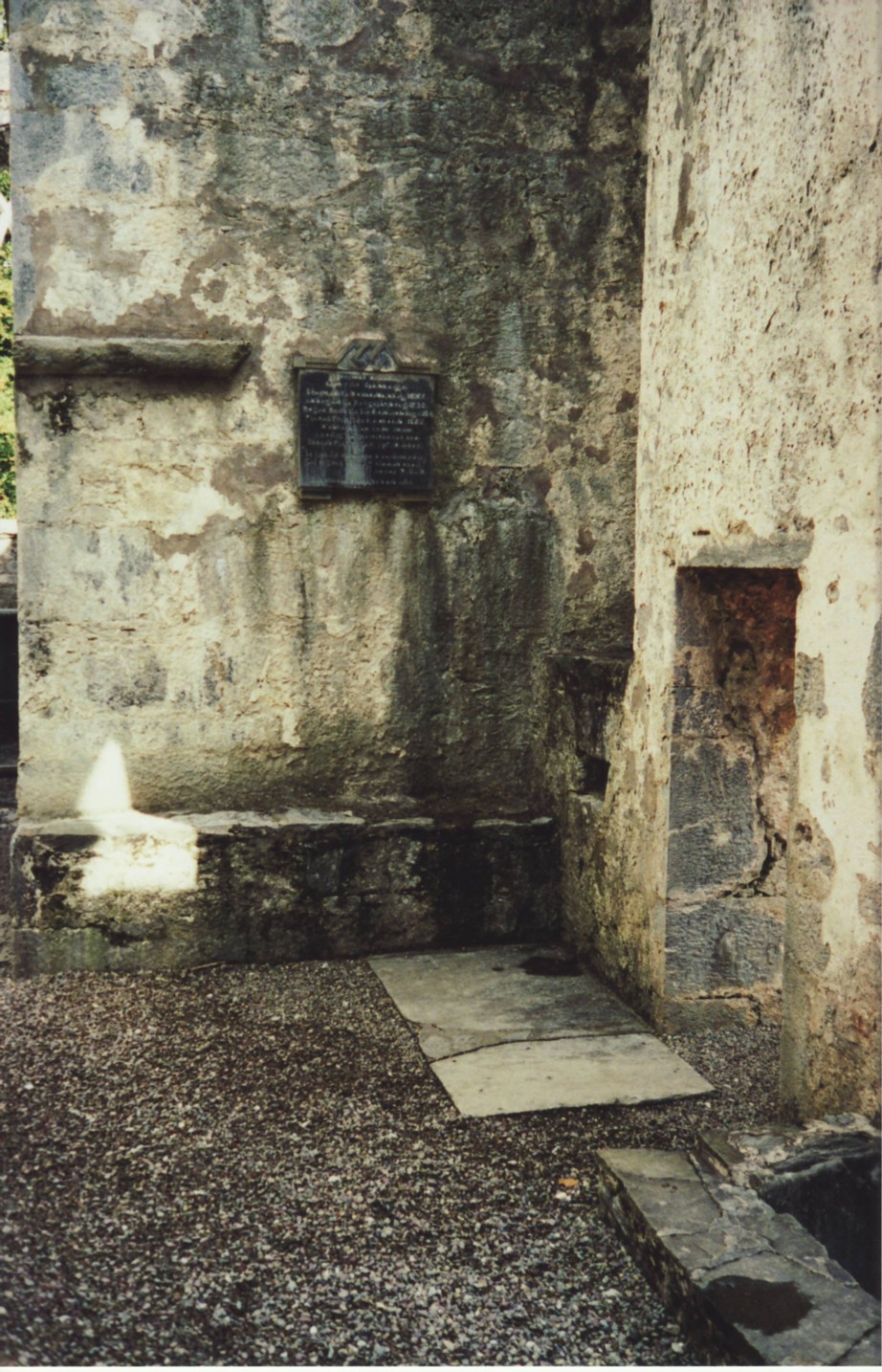 Close-up of the plaque on the wall above the O'Rahilly tomb, Muckross Abbey.
It is a plaque to the Four Kerry Poets.
See full size. From Gan Ainm.

Plan of Muckross Abbey.
See full size.
From p.161 of Journal of the Royal Society of Antiquaries of Ireland, 5th series, vol.2, 1892.

Note in [Dineen and O'Donoghue, 1911] from The O'Rahilly about the inscription on the tomb.
The Gaelic inscription was translated by the Ordnance Survey around 1840 as:
"This tomb belongs to the race of Daniel son of Morgan Rahily from Raheen".
It is now indecipherable.

The Curse of Cromwell by Yeats

The Curse of Cromwell, by William Butler Yeats, in New Poems (1938).

It refers to the poet Aodhagán Ó Rathaille's deathbed poem.

Erected in 1940 in memory of Piaras Feiritear and Geoffrey O'Donoghue and Aodhagán Ó Rathaille and Eoghan Ruadh Ó Súilleabháin.
Statue is the "Speir Bhean" (Beautiful Woman), who personifies Ireland. 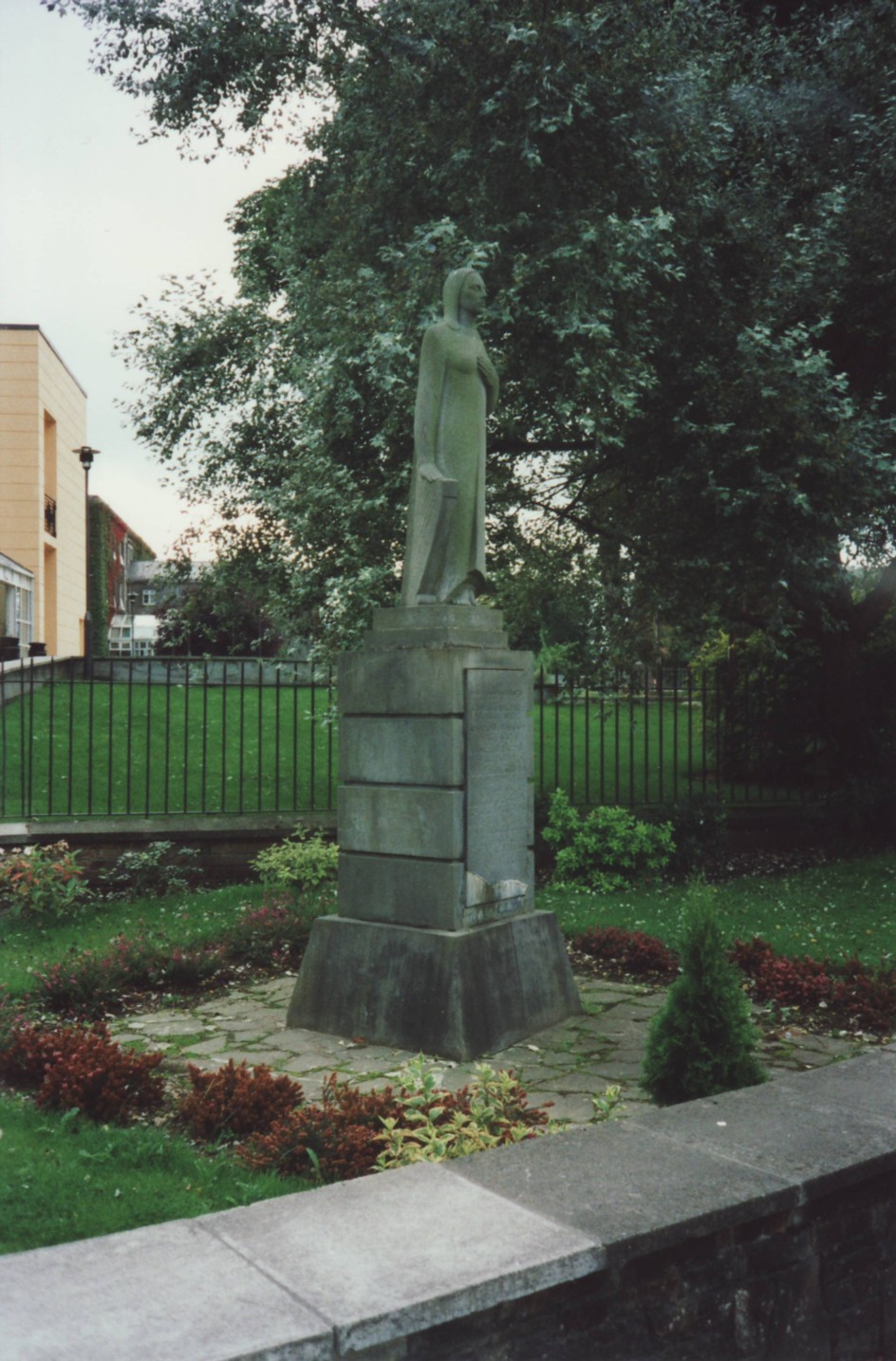 
There is a tune called "O'Rahilly's March".
Its relationship (if any) to the poet is unclear.
(todo) It apparently appears in McCullough's Irish warpipe tutor and tune book, Dublin, 1926, [NLI] Ir 7889 m 6.

Error: Song 44 by The Gloaming

Song 44 (also here) appears on the album The Gloaming (2014) by the band The Gloaming.
It is an adaptation of the poem Aisling thruagh do mhear mise (16th century) by Domhnall Mac Carthaigh.
This poem appears as Poem 44 (hence "Song 44") in Dánta grádha: an anthology of Irish love poetry (1925) by T.F. O'Rahilly.