Padraig Pigott.
Farmer, apparently near Limerick city. Could be in Co.Limerick, Co.Clare or even Co.Tipperary.
[PAT/2, p.22] says he was: "a comfortable farmer and a good Catholic.
He was an Irish speaker; very respected and the breeder of good horses."
[PAT/32] says he was "Scanlon's neighbour". No idea who Scanlon is. There are Scanlans much later on Mungret St in Limerick city.
Padraig had issue: 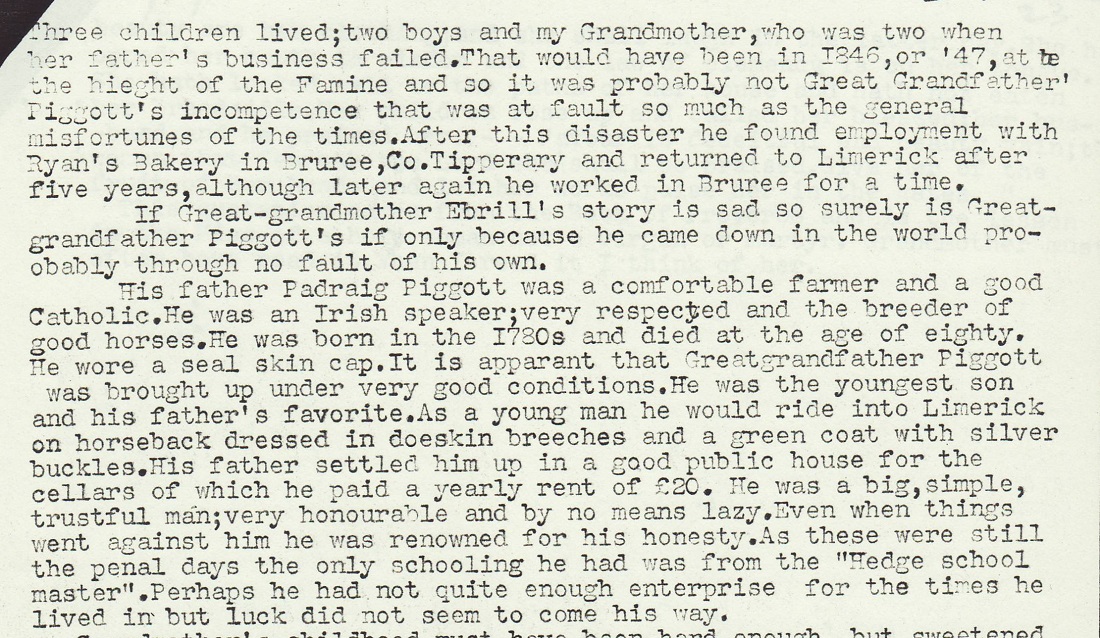 The Pigott origin story in [PAT/2, p.22].
See full size.
This is a bit confusing. In speaking about the son Patrick Pigott, she says:
"His father Padraig Piggott was a comfortable farmer and a good Catholic.
He was an Irish speaker; very respected and the breeder of good horses.
He was born in the 1780s and died at the age of eighty.
He wore a seal skin cap."
The first line is about the father. The second line must be the father too. The third line switches suddenly to the son. The fourth line must also be the son.