There was a story during the War of Independence: In Nov 1920, Dick McKee, Commandant of the Dublin Brigade IRA, asked Dick Lavelle if he knew anywhere a load of explosives could be hidden. Steen O'Mara arranged that they could be hidden in stables of O'Mara house in Fitzwilliam Place, Dublin. But a few days later McKee was arrested and shot without trial (21st Nov 1920) in the reprisals on Bloody Sunday. No one collected the explosives. They survived a British search. They were not found until one morning in Feb 1922, long after Steen and Pat's father James O'Mara returned from the US. He was furious.

Dick didn't get married until he got his first job, 1924.
He mar 2nd Jan 1924 to Patricia O'Mara [Pat, born 23rd July 1898, descendant through Blennerhassett of Edward III].
His first job, 1924-26, was as dispensary doctor, Ballyhaise, Co.Cavan.
From 1926 to 1934/35 he was doctor in Letterfrack, Connemara, Co.Galway.
They lived Garraunbaun House, Connemara, Co.Galway (a fine Georgian-style house, 5 miles from Letterfrack).
Even after they left, they kept Garraunbaun House as a summer house, went back for years afterwards.
From 1934/35 to 1942 he was doctor, living 5 Mt Pleasant Ave, Ballinasloe, E Co.Galway.
From 1942 to c.1960 he was dispensary doctor, Ardnagreine (or Ardnagreina, or Ard na Greina), Castleknock, Co.Dublin. Listed there in [Thom's, 1944]. Listed as "Medical Officer of Health".
They finally sold Garraunbaun House 1945. 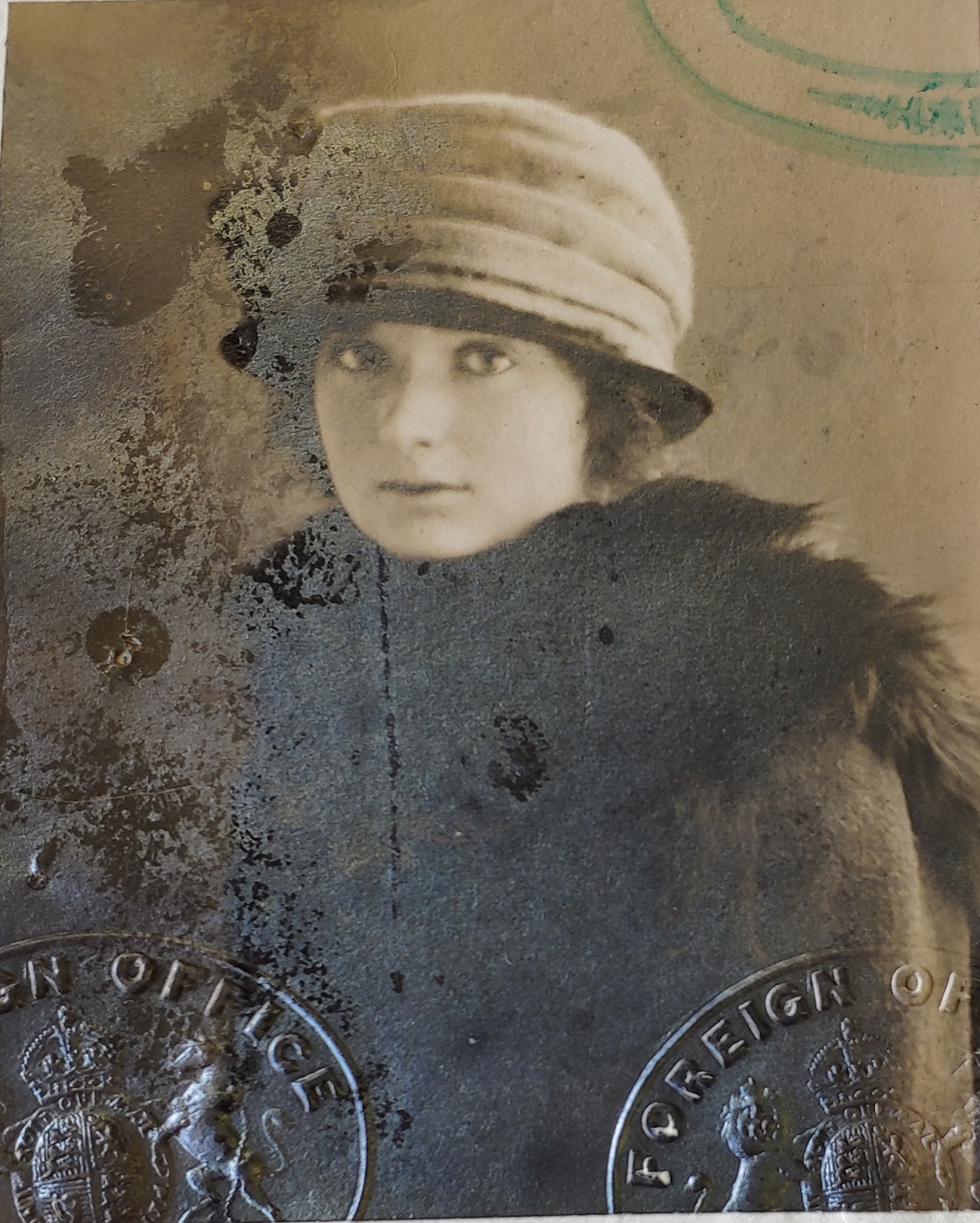 Pat (age 21) on her passport dated 5 March 1920.
She went with her mother to America in Apr 1920 to see her father who was fund-raising there.
See full size. See other copy. 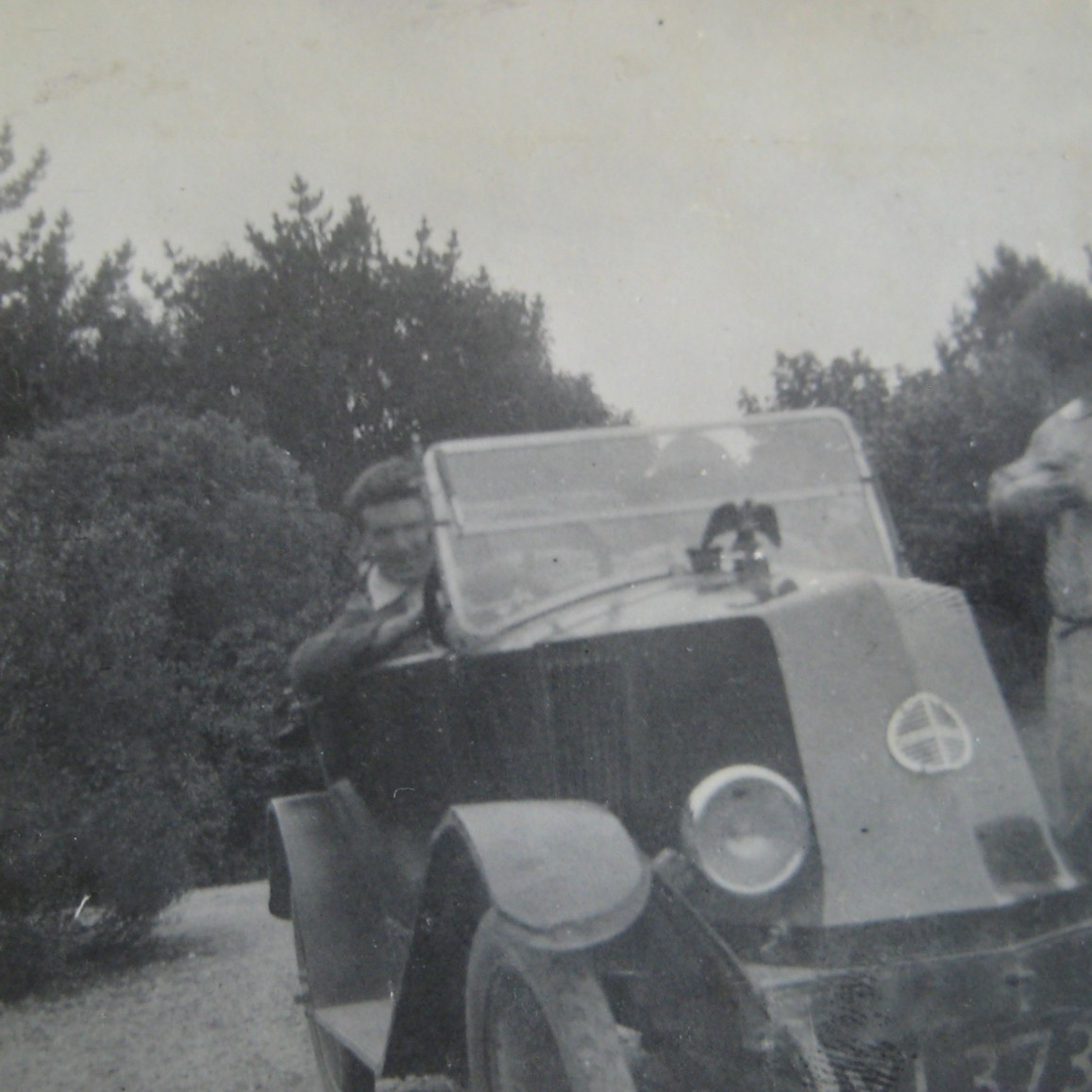 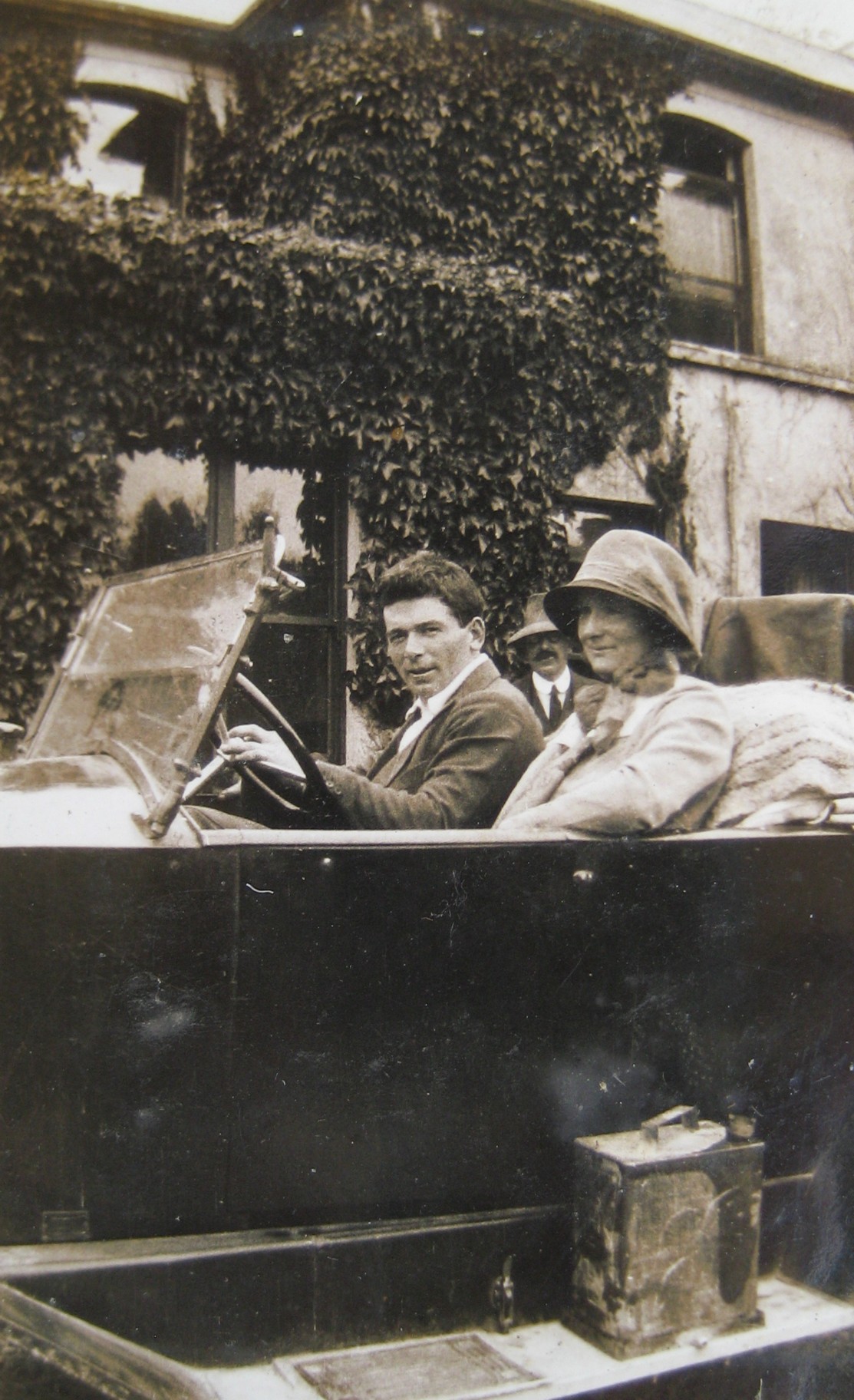