Sir Philip Sidney (see here),
the soldier, statesman, courtier and poet,
born Penshurst, 29th Nov 1554.
Named after, and godson of, Philip II, King of Spain, husband of Queen Mary. (Despite the family's ultra-Protestantism, and association with Lady Jane Grey only the previous year.)

He was educ Shrewsbury School.
He was educ Christ Church, Oxford 1568-71.
He was a favourite of his uncle Robert Dudley, 1st Earl of Leicester at the court of Elizabeth (though she did not much like Sidney).
He travelled on a sort of Grand Tour (and also as diplomats for England) 1572-75 with Elizabeth's spymaster Sir Francis Walsingham.
They witnessed the St.Bartholomew's day massacre in Paris (started 24th Aug 1572 after the marriage of Margaret de Valois).
He was in Ireland with his father as at 1576.
He had a famous quarrel with Edward de Vere, 17th Earl of Oxford, who insulted him in 1579.

He was a friend of the poet Edmund Spenser, who lived in Ireland (like Sidney's father).
He was a friend of the scientific hero and martyr Giordano Bruno, who was in England from 1583 to 1585 (and was later burned at the stake by Rome for advocating Copernicus' theory that the earth goes round the sun).
Knighted 1583.
He mar autumn 1583 to Frances Walsingham. 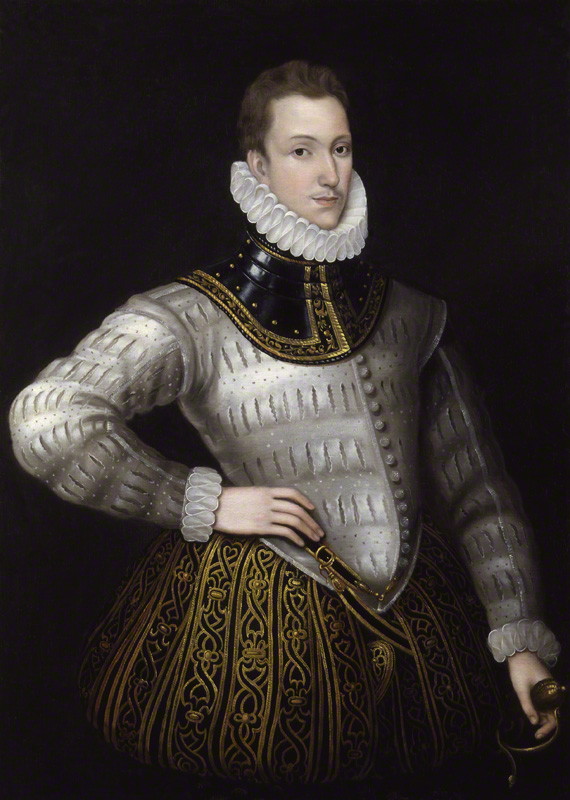 Sir Philip Sidney.
18th century copy of the 16th century portrait above.
See full size. From NPG.
Also at Wikimedia Commons.
Also at Tudor Place.
There is a similar painting in Longleat. 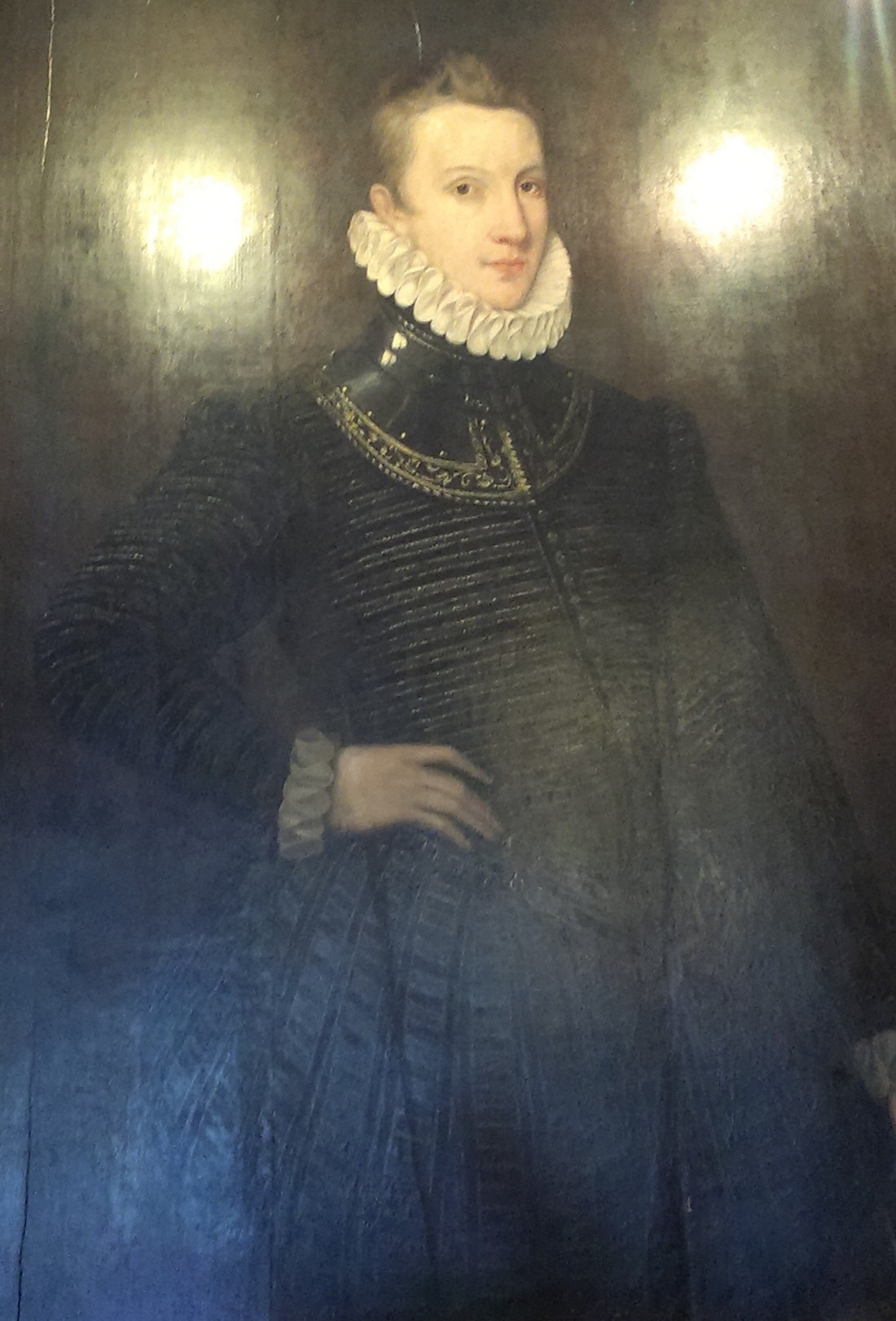 Tomb of Sir Philip Sidney (died 1586).
In the old St.Paul's Cathedral, London.
The cathedral and the tomb were totally destroyed in the Great Fire of London 1666.

List of the tombs lost in the fire of 1666.
This is a modern monument in the new St.Paul's Cathedral.
Above is the section listing the tomb of Sir Philip Sidney.
See full size. From here.

Sir Philip Sidney.
Print by Renold Elstrack (or Elstrake), pub after 1616 to 1623 (i.e. after Sir Philip's death).
Used with permission of the Fitzwilliam Museum, Cambridge.

Then she spake; her speech was such,
So not eares, but hart did tuch:
While such-wise she love denied,
And yet love she signified.

Astrophel, sayd she, my love,
Cease, in these effects, to prove;
Now be still, yet still beleeve me,
Thy griefe more than death would grieve me.

If that any thought in me
Can taste comfort but of thee,
Let me, fed with hellish anguish,
Joylesse, hopelesse, endlesse languish.

If those eyes you praised be
Halfe so deare as you to me,
Let me home returne, starke blinded
Of those eyes, and blinder minded;

If to secret of my hart,
I do any wish impart,
Where thou art not formost placed,
Be both wish and I defaced.

If more may be sayd, I say,
All my blisse in thee I lay;
If thou love, my love, content thee,
For all love, all faith is meant thee.

Who hath the eyes which marrie state with pleasure,
Who keeps the key of Nature's chiefest treasure,
To you, to you, all song of praise is due,
Only for you the heav'n forgate all measure.

Who hath the lips, where wit in fairnesse raigneth,
Who womankind at once both deckes and stayneth,
To you, to you, all song of praise is due,
Only by you Cupid his crowne maintaineth.

Who hath the haire, which, loosest, fastest tieth,
Who makes a man live, then glad when he dieth,
To you, to you, all song of praise is due,
Only of you the flatterer never lieth.

Who hath the voyce, which soule from sences thunders,
Whose force, but yours, the bolts of beautie thunders,
To you, to you, all song of praise is due,
Only with you not miracles are wonders.

Doubt you to whom my Muse these notes intendeth,
Which now my breast, oercharg'd, to musick lendeth,
To you, to you, all song of praise is due,
Only in you my song begins and endeth.