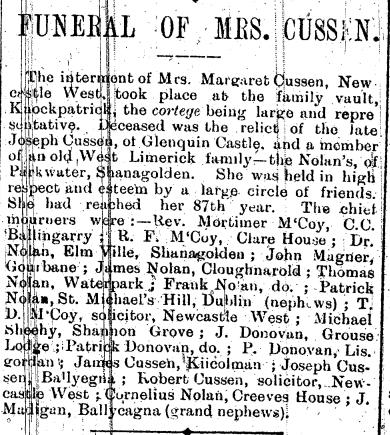 Funeral list of Margaret Nolan, 1903, shows many relationships in the Nolan and Donovan families.