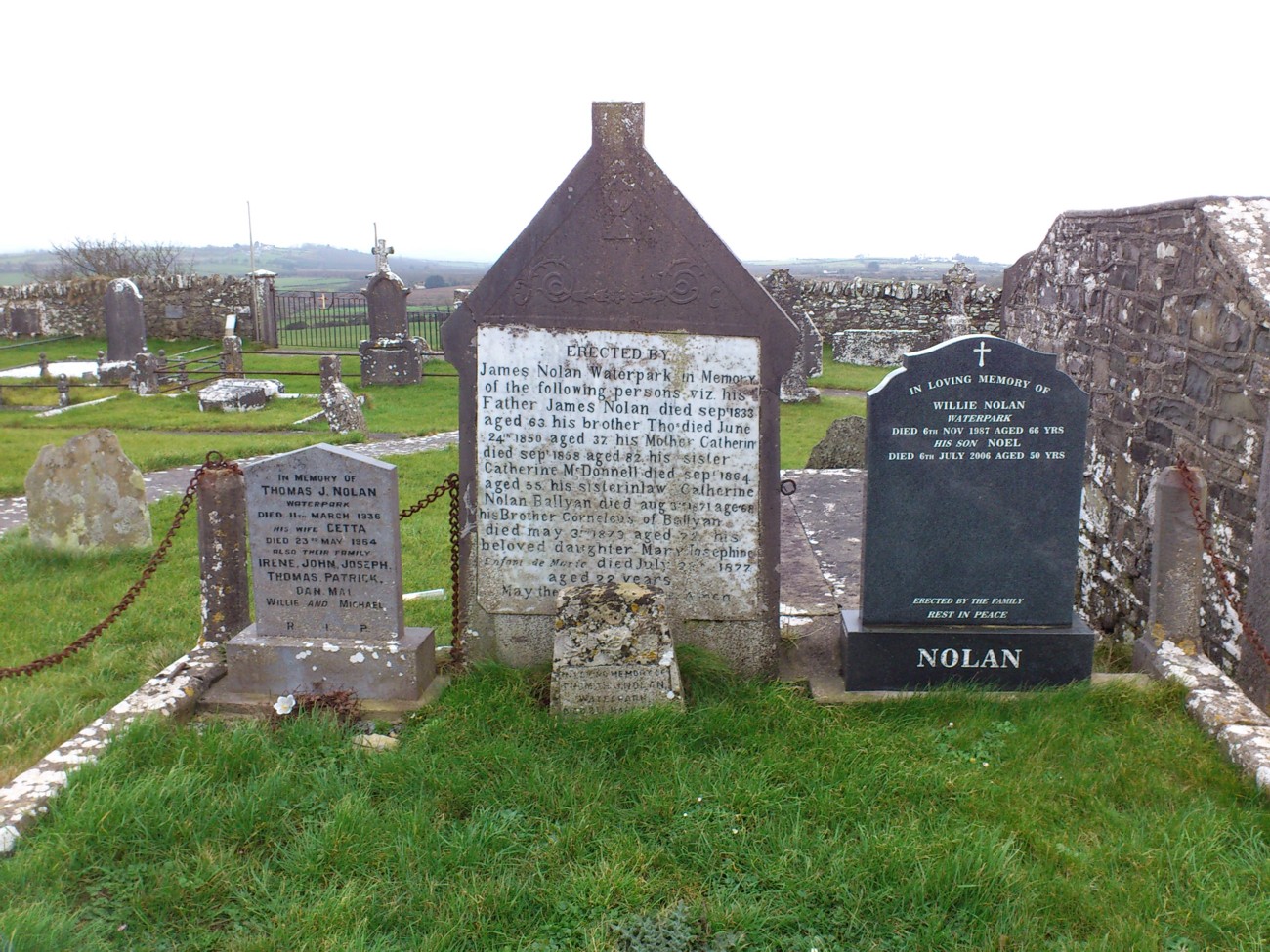 Perhaps another son, a younger brother of Cornelius of Ballyane:

James Nolan with a large holding at Waterpark, Shanid, in [Tithe Survey, 1833].