Sir John Fitzgerald (see here).
He mar More O'Brien [dau of Donogh O'Brien].
His brother the 11th Earl of Desmond died at an advanced age in 1534.
From 1534 to his death in 1536 he claimed the Earldom of Desmond.
He disputed the claim by his brother's grandson James Fitzgerald, de jure 12th Earl of Desmond (died 1540).
He is sometimes numbered as 12th Earl of Desmond. But I follow the numbering in [Complete Peerage].
Sir John died 1536, at a great age, in the Abbey of Tralee.
He had issue: 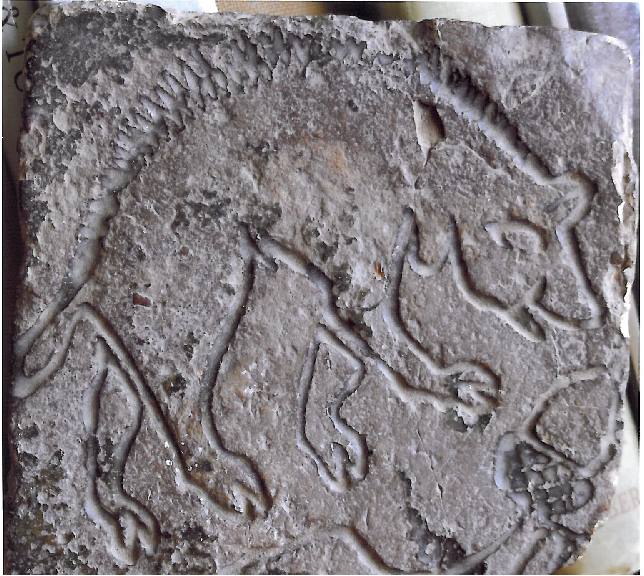 Fitzgerald wild boar, on a tile surviving from the lost Tralee Castle.
Tile in possession of Denny Baronets.
Image from Gerald O'Carroll.