Sir Edward Denny, born 1548.
See wikipedia and genealogics and tudorplace.
His father died 1549.
His mother died, and he was orphaned, in 1553.
He was a favourite of Elizabeth I and of Lord Burghley.
He was a friend of Sir Henry Sidney and Sir Philip Sidney and Edmund Spenser.
He went on an expedition to the north of Ireland 1574 under 1st Earl of Essex to suppress rebels and install settlers.
He served against the Spanish. Sailed the Spanish Main (the Spanish possessions in the Caribbean) with his 1st cousins Sir Walter Raleigh and Sir Humphrey Gilbert.
He was sent to Ireland 1580 with Sir Walter Raleigh to suppress the Desmond rebellion (1579-83).
He served under 14th Baron Grey of Wilton at Smerwick, Co.Kerry, in Nov 1580, when Grey massacred surrendering Papal troops and Irish rebels and their families.
He led a campaign 1581 against the rebellious O'Tooles of Co.Wicklow. He returned to England with the head of their chieftain, Garret O'Toole.

Helped found the British Empire:
He sailed with Sir Humphrey Gilbert in 1583 to claim Newfoundland for England, thus founding the overseas British Empire.

He mar 1583 or early 1584 to Margaret Edgecumbe [born 1560, descendant of Edward I].
See descent in Denny papers.
As a wedding present, Elizabeth I gave them Rectory Manor House, Bishop's Stortford, Hertfordshire.

Margaret dies, 1648:
She died 24 Apr 1648, age 88 yrs.
She was bur in chancel of St. Michael's church, Bishop's Stortford. See street view.
Though there is an effigy of her on husband's tomb at Waltham Abbey, Essex.
Sir Edward and Margaret had issue: 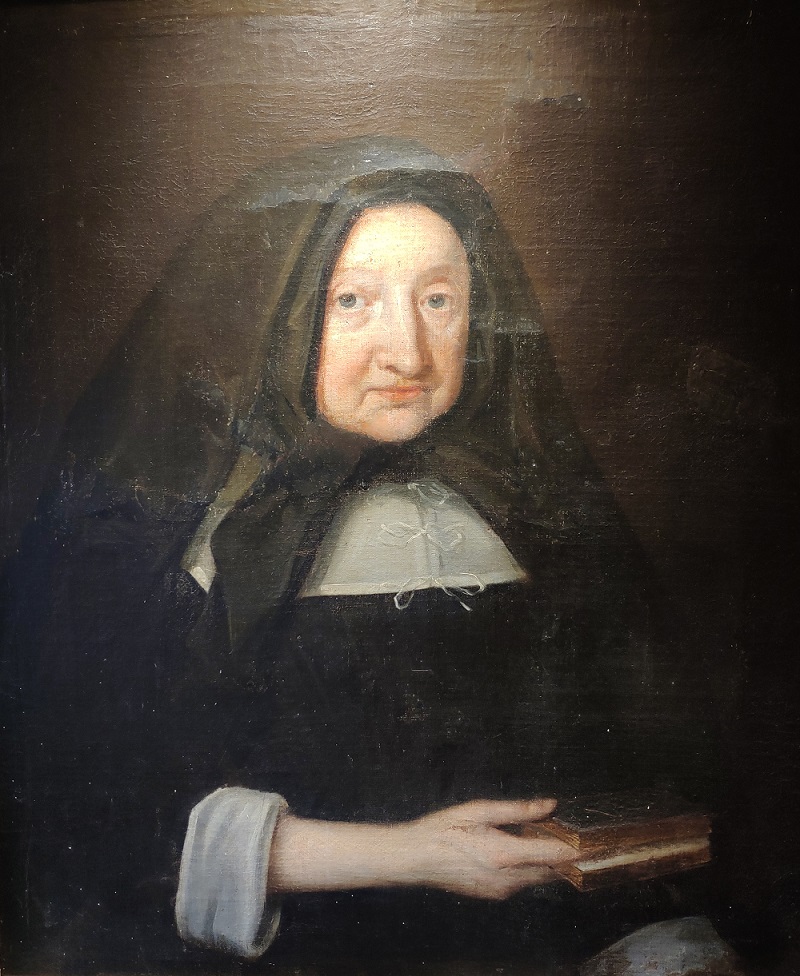 The stables of Church Manor House (opposite the house) are now converted to living accomodation called Glebe Court.
From street view.