My grandmother Dr. Nora Stack was a good friend of Dr. Marie Lea-Wilson.
When Nora's daughter, my aunt Peggy Flanagan, was born in 1934, Marie Lea-Wilson was her godmother and gave her a christening present of some jewellery. (Not, as formerly thought, silver spoons.)

Around the same time, early 1930s, Marie Lea-Wilson gave an old painting to the Jesuits.
She had bought the painting in 1921. She was not a collector or speculator - she liked it just because it was a nice religious painting. No one had any idea of its worth.
The painting hung for decades unnoticed in the Jesuits' dining room in Leeson St, Dublin, until in 1993 it was sent to be cleaned and was dramatically identified as the lost masterpiece, The Taking of Christ by Caravaggio, worth tens of millions of dollars.
It now hangs in the National Gallery.

It is a family joke now that one could imagine Marie Lea-Wilson deciding on presents: "Now, this nice painting for Peggy. No. I'll tell you what. I'll get her some nice jewellery. I'll give this old painting to the Jesuits. .."

The Taking of Christ by Caravaggio.
See full size. From Wikipedia.

The Caravaggio on a stamp, 1994.
From poppe-stamps.com.

In Nora Stack's medical class at TCD in the late 1920s was Marie Lea-Wilson, the widow of an assassinated RIC officer. She was a mature student in her late 30s. 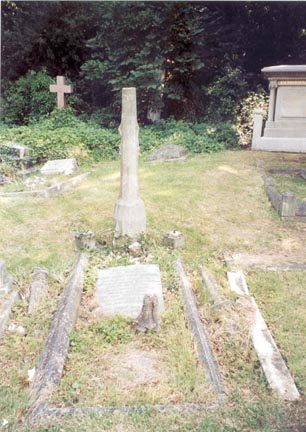 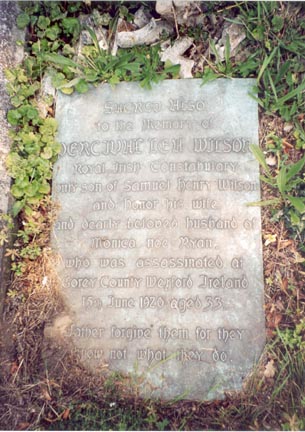 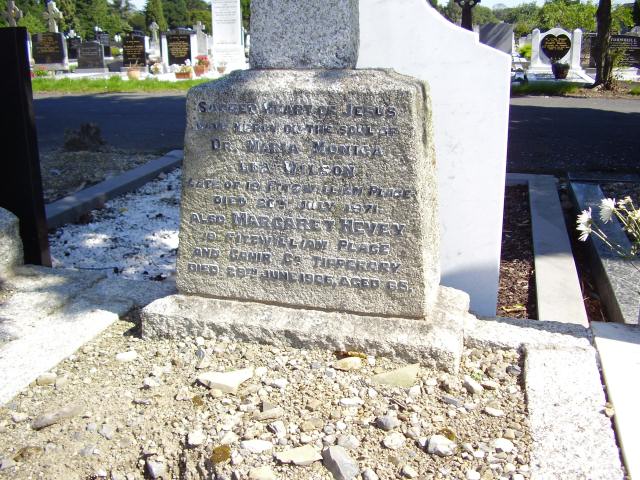 It was said that Capt. Percival Lea-Wilson abused a number of prisoners after the 1916 Rising surrender, including Ned Daly and the old Tom Clarke. It is said that an angry Michael Collins marked Lea-Wilson for later assassination. (Lea-Wilson was killed in 1920.)

A scene inspired by this (with James Connolly being abused) features in the movie Michael Collins (1996), with Collins angrily watching and taking note.


The movie Michael Collins (1996).
See the script in Michael Collins: Film Diary and Screenplay by Neil Jordan (1996).
"Captain Lee-Wilson", an army officer, not an RIC officer, says: "Now, show me the ringleaders of this little farce".
A detective called "Smith" abuses the prisoners.

See an exchange in the Irish Times about the truth of this: