Kilmainham Gaol, Dublin.
Where various Humphreys and O'Rahilly family members were jailed for revolutionary activities.
Notably, various female members of the family, who were held in the female section of Kilmainham.
De Valera visits Kilmainham Gaol in 1962.
From British Pathe.
See many more videos of Kilmainham Gaol. 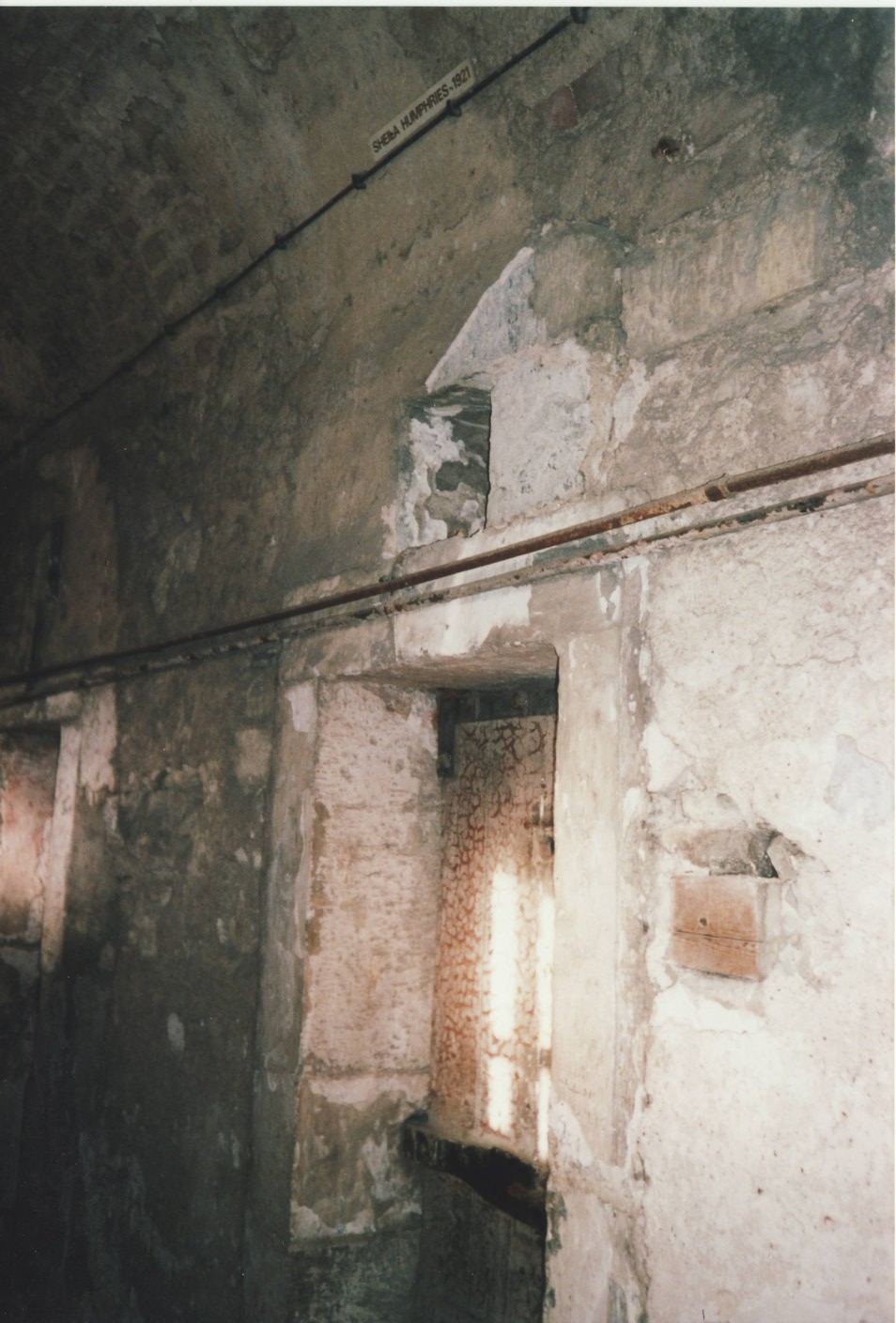 Sighle's cell in Kilmainham Gaol.
It now has her name on a sign over the cell.
Photo 2000. See larger and full size.
See other scan.

Since Kilmainham was closed shortly after Sighle left, her cell still has graffiti written by her.
This one reads: "Tunnel begun in basement laundry, inside door at left, may be of use to successors, good luck, S."
This was a 4 foot deep hole the prisoners had dug around July-Aug 1923, before discovery [McCoole, 1997, 2003].
From "B'í Mo Mhamó í" (2012).
See photo of this graffiti in [McCoole, 2003, p.134].
For Sighle's other graffiti in her cell see Feb 2012 article.

2016 photo of the above graffiti.
See larger and full size.