This is plot 2, Fethard St, on the [Griffiths Valuation] map. This was the draper's shop of John Kickham (died 1861).
His son Charles Joseph Kickham, the Fenian inherited it and lived here until 1877.
The Fenian died 1882.

The house became a small Kickham museum in 1982.
The museum is now closed.
"Teallach Kickham" is written on it, which basically means "Kickham's house" (or "hearth").
See entry for the house in NIAH. Says the current building dates from 1902. 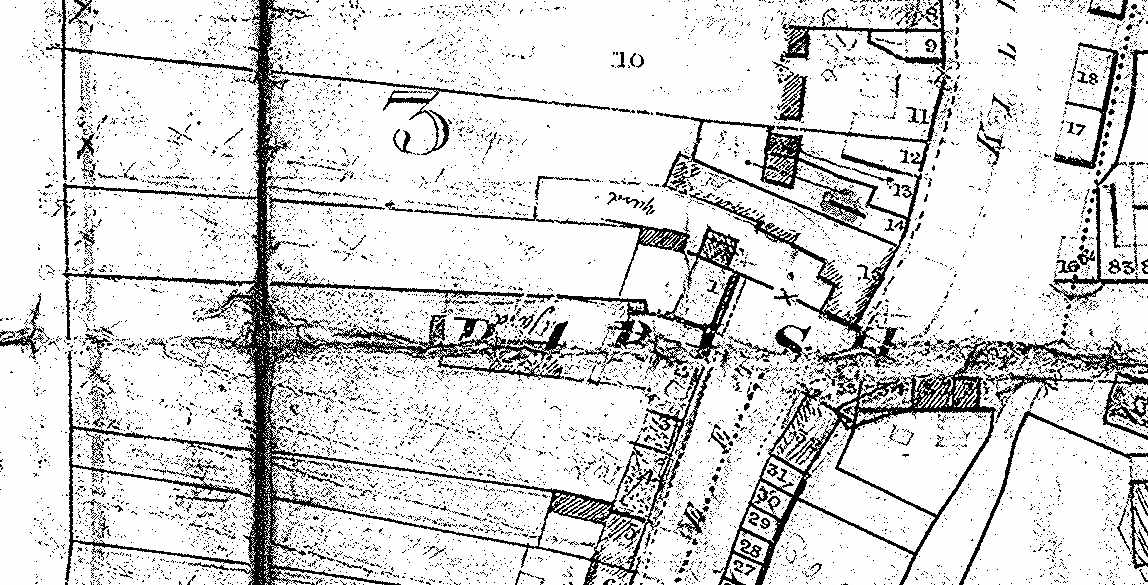 Location of Plot 2 on Fethard St on [Griffiths Valuation] map.
Large property at W side of Fethard St, at N end.
Fethard St runs to the S, Killaghy St to the N.
Note plot 15 on Killaghy St which is the Kickham shop on The Square.

Map showing the John Kickham house (plot 10) with laid-out garden.
See larger and full size.
From [Comerford, 1979].
Originally from J.F.X. O'Brien Papers
Comerford says the Fenian inherited plots 1 to 12A, but this cannot be true. Plot 5 is the police station and plot 7 is the Kickham shop on The Square.

Plaque on side of the John Kickham house.
Photo 2008. See full size.