Charles Gerard, 1st Earl of Macclesfield (see here),
born c.1618.
He was educ Leiden University, Holland, entered 1633.
He was a senior Royalist commander for Charles I in Civil War of 1642-51.
Through his mother he inherited the Fitton property Gawsworth Hall, Cheshire, in 1643. Though he fought a legal battle with his Fitton cousins for its ownership until 1662.
He was created 1st Baron Gerard in 1645.
Left England 1646. Stayed on the Continent until 1660 [DNB].

He mar Jeanne de Civelle [or Jane, French, dau of Pierre de Civelle, Equerry to the queen Henrietta Maria].
Restoration 1660. Gerard returned to England.
Jeanne in 1662 was made lady-in-waiting to the new queen, Catherine of Braganza.
She lost her post in 1663, for telling the queen details of the king's affair with the countess of Castlemaine.
Jeanne died 28 Sept 1671.

Gerard developed the Gerard estate, Soho, London, after 1677.
He was created 1st Earl of Macclesfield in 1679.

He was a supporter of the Duke of Monmouth on his "Cheshire Progress" of 1682.
Monmouth was the eldest illegitimate son of the reigning King, Charles II. Protestants were hostile to the looming succession of James II. In 1682 Monmouth was touring Cheshire to gather Protestant support for his claim to be the heir to the throne.
Gerard entertained the Duke with great splendour at Gawsworth Hall on 15-18 Sept 1682.
(Later, Charles II died in Feb 1685. James II became King. Monmouth led a rebellion in May 1685 and made a bid for the throne. He was defeated and executed. James II was himself overthrown in 1688.)

Charles Gerard, 1st Earl of Macclesfield.
From NPG. See terms of use. 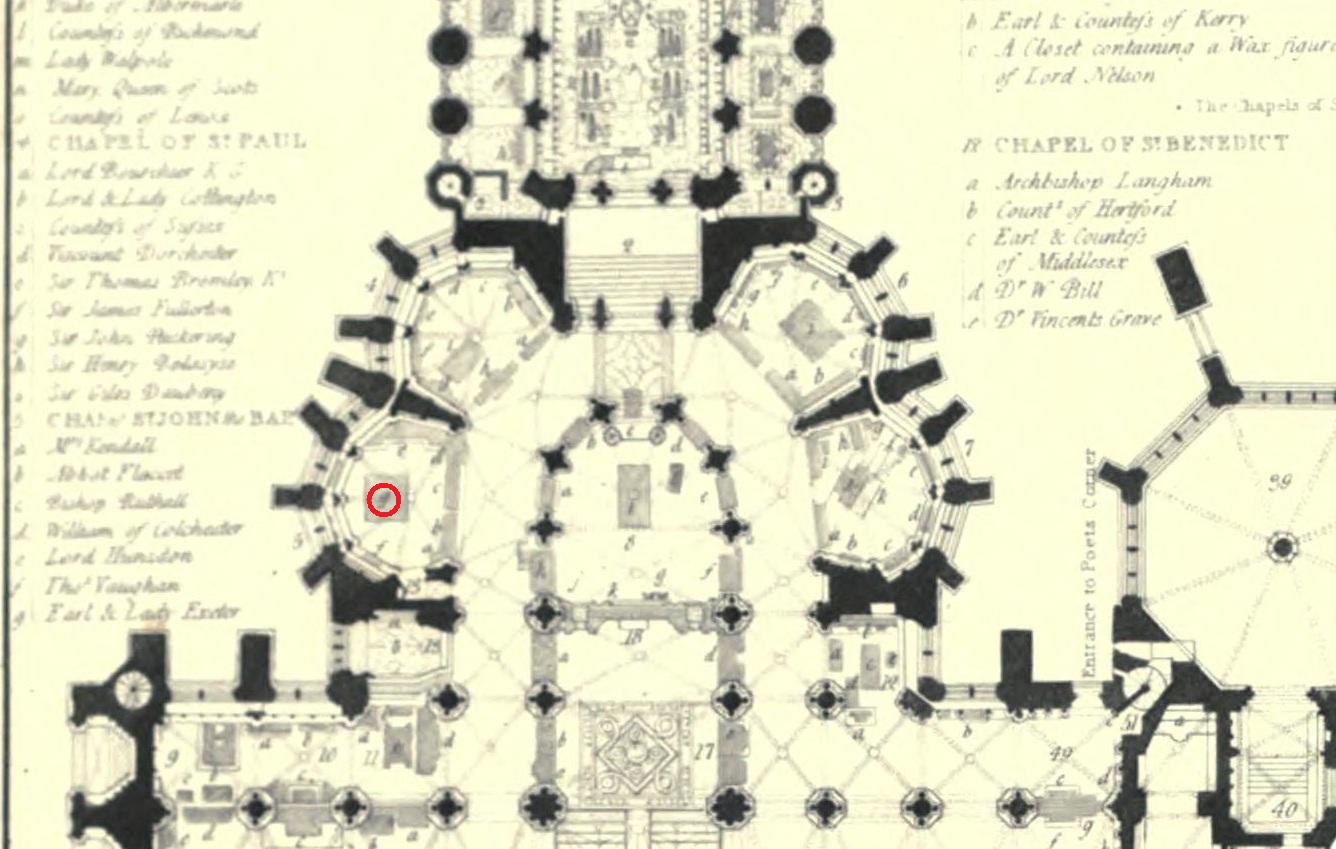 Map of part of Westminster Abbey.
From [Brayley, 1818-23].
Tomb of Thomas Cecil, 1st Earl of Exeter, in Chapel of St. John the Baptist, is circled in red here. 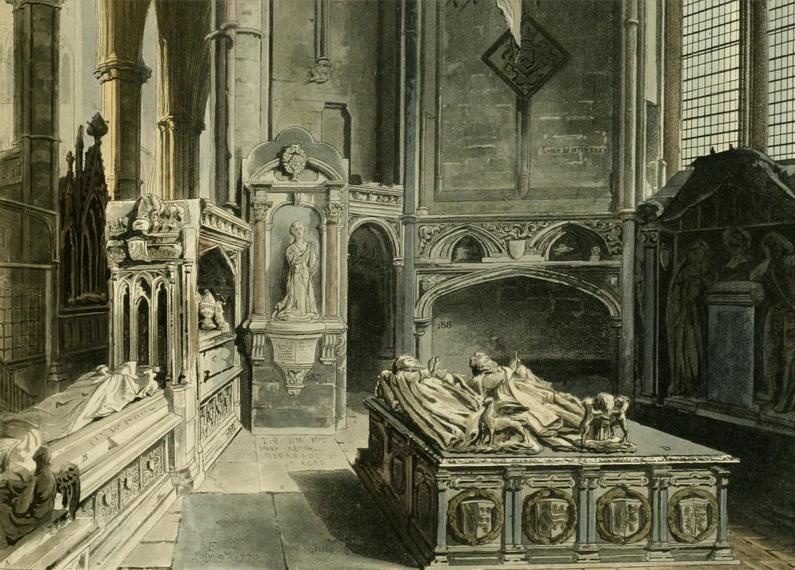 View of "St.Erasmus Chapel" (Chapel of St. John the Baptist).
Exeter tomb in centre.
The floorstone is on this side of the Exeter tomb, at the feet of the Exeter effigies.
From opposite p.176 in [Combe, 1812, vol.2]. 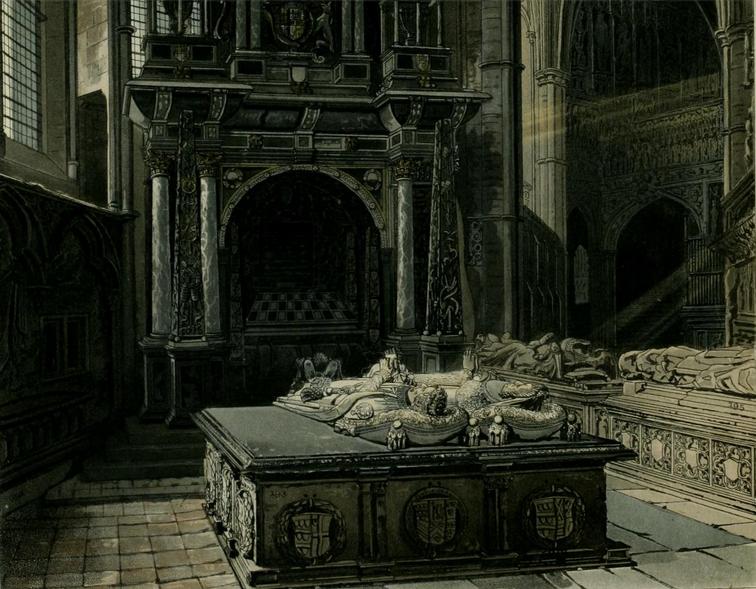 View of "St.Erasmus Chapel" (Chapel of St. John the Baptist).
Exeter tomb in centre.
The floorstone is on the far side, at the feet of the Exeter effigies.
From opposite p.179 in [Combe, 1812, vol.2].