They lived in Gorakhpur district (also written as "Gorruckpore" or "Gorrockpore"), Uttar Pradesh state, N India.
At son's birth 1838 he is "grantee and planter" living at Birdpore (now Birdpur), some distance N of Gorakhpur (near Nepal border, see map). 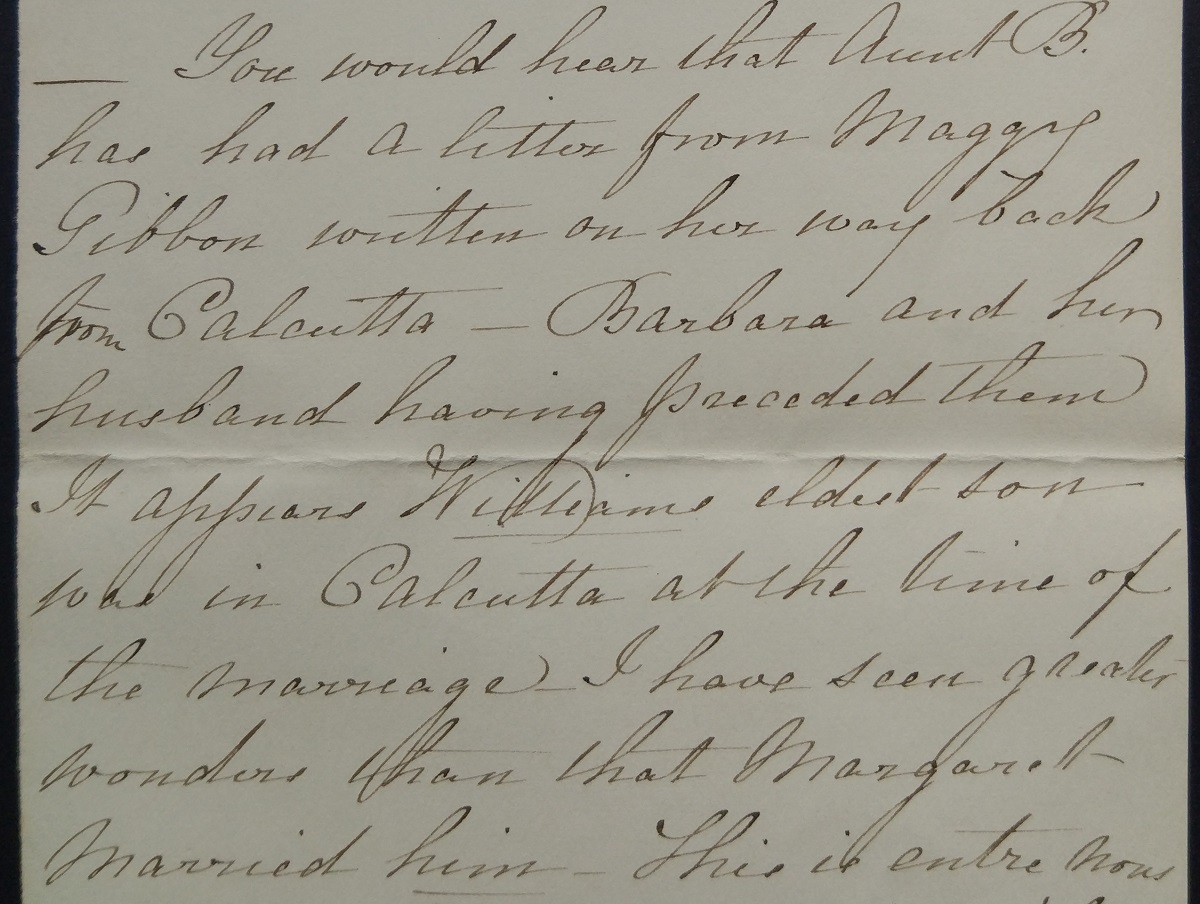 William, Maggy and Barbara mentioned in Letter of 22 Mar 1872 from Barbara Yates Gibbon.
She is amazed at Maggy's marriage.