He immediately (leaving London on 13th May 1879) embarked on a vast period of travelling, all the time maintaining his house in Kensington (rented it out to others sometimes when he was away from it).
He rented apartments, 6 Garten Strasse, Freiburg, Baden, SW Germany (in Black Forest mountains, near France/Switzerland borders), midsummer 1879 to Apr 1881.
Freiburg was not far from Diersburg, Hohberg (see map), where family of his late sister Georgina might have been.
The family of his other sister Margaret was also on the Continent.
These were the only family he had apart from his brother in South Africa.
His son Arthur apparently went to the University of Freiburg (or maybe this was just school). 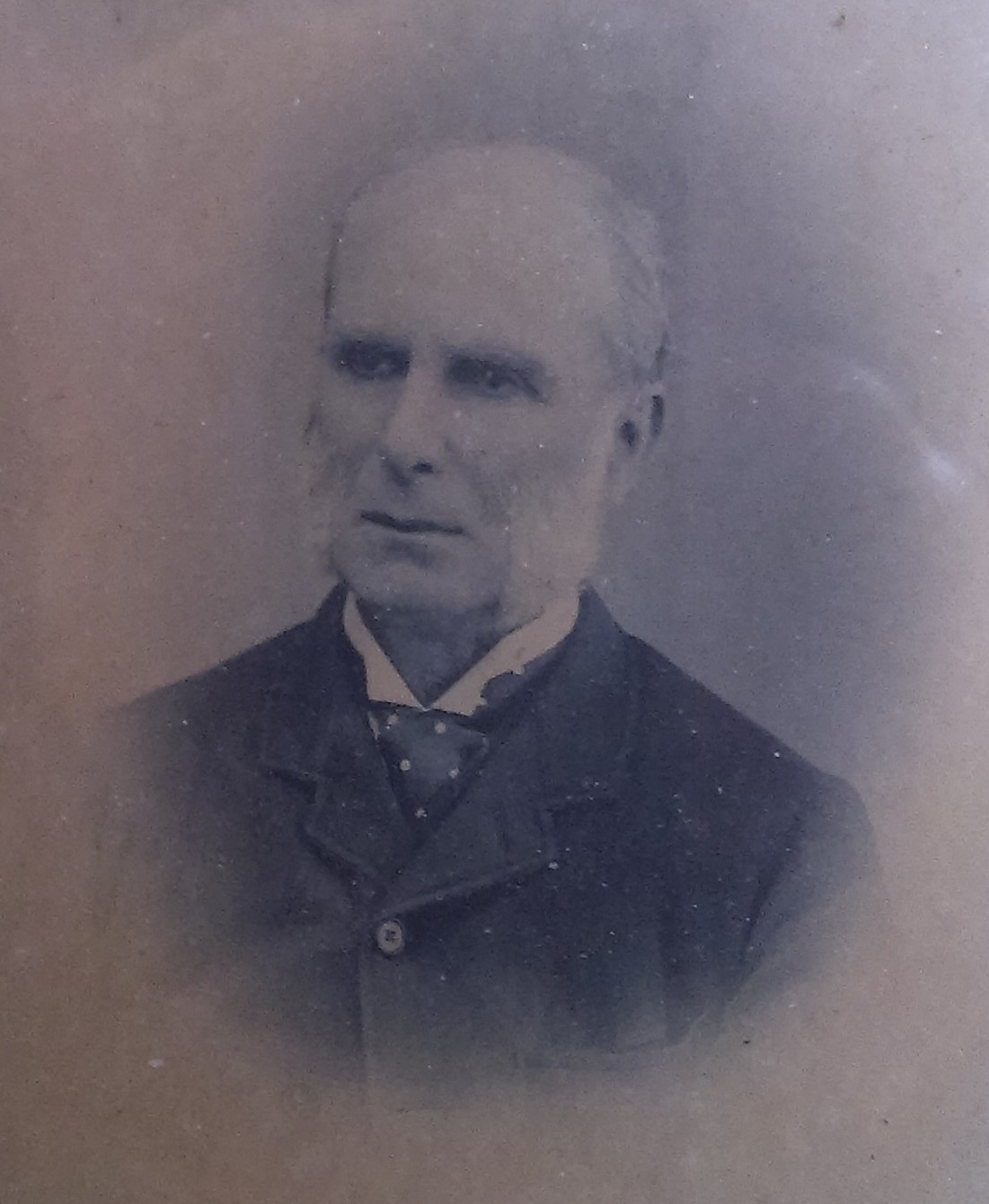 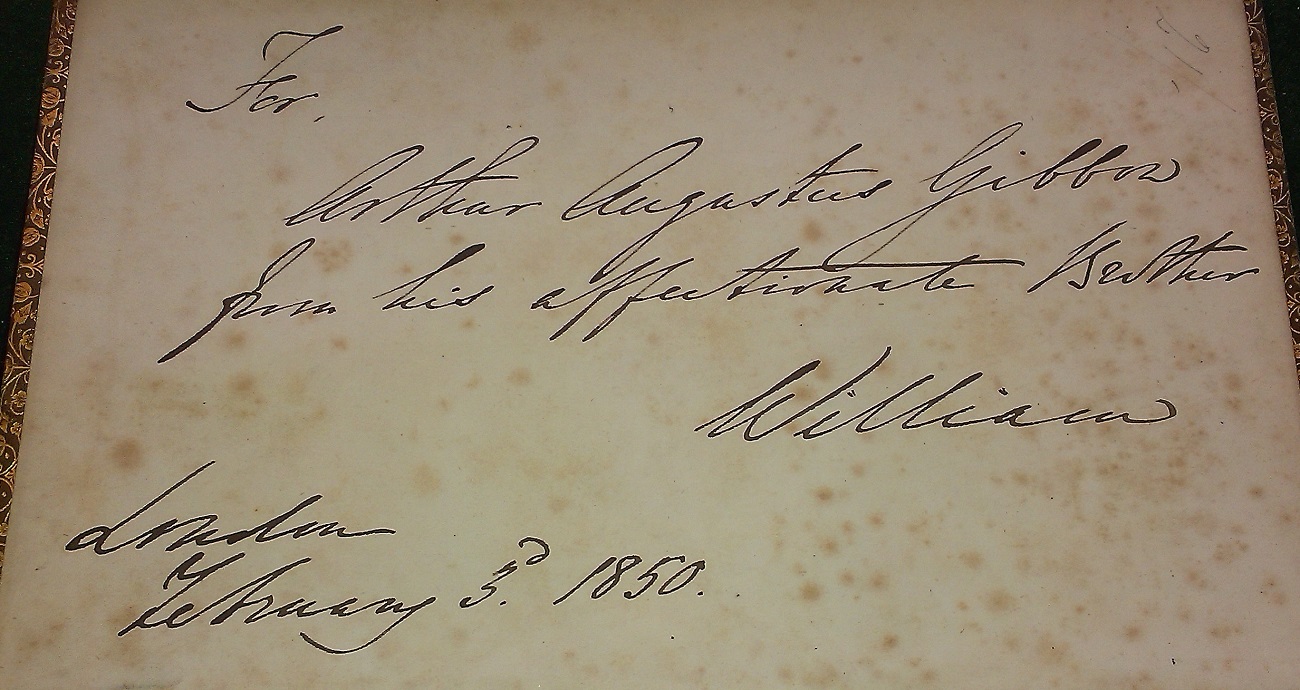 Inscription on a book given to Arthur Augustus Gibbon by his younger brother William.
Inscription reads "London, February 3rd 1850" [Arthur's 21st birthday].
See full size.
The book is an 1847 edition of the works of Byron.
See title page. 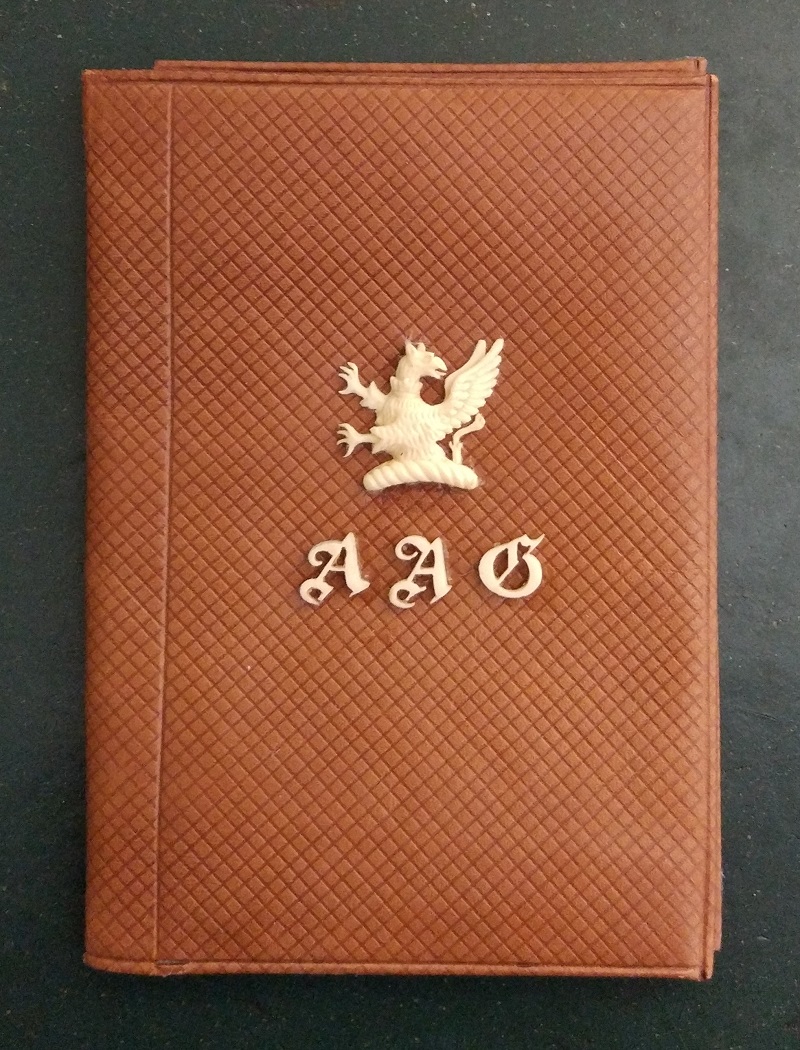 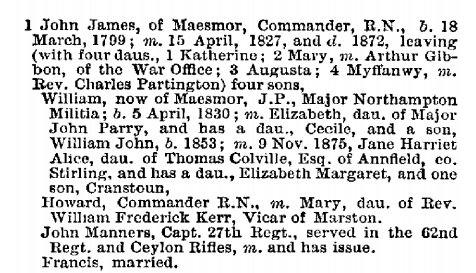 Gibbon listed under KERR of The Haie in [Burkes Landed Gentry, 1886]. 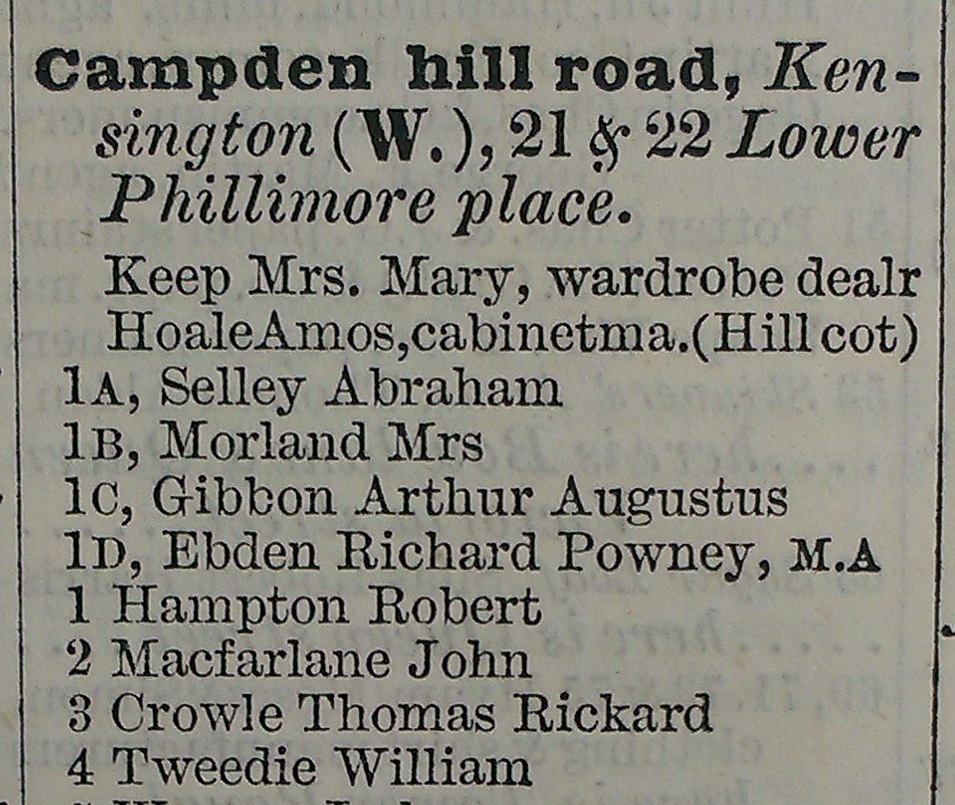 Georgina Gibbon on the Gibbon grave, West Norwood.
The quote is from Matthew 18:10: "Take heed that ye despise not one of these little ones; for I say unto you, That in heaven their angels do always behold the face of my Father which is in heaven.".
Photo 2007. See full size. 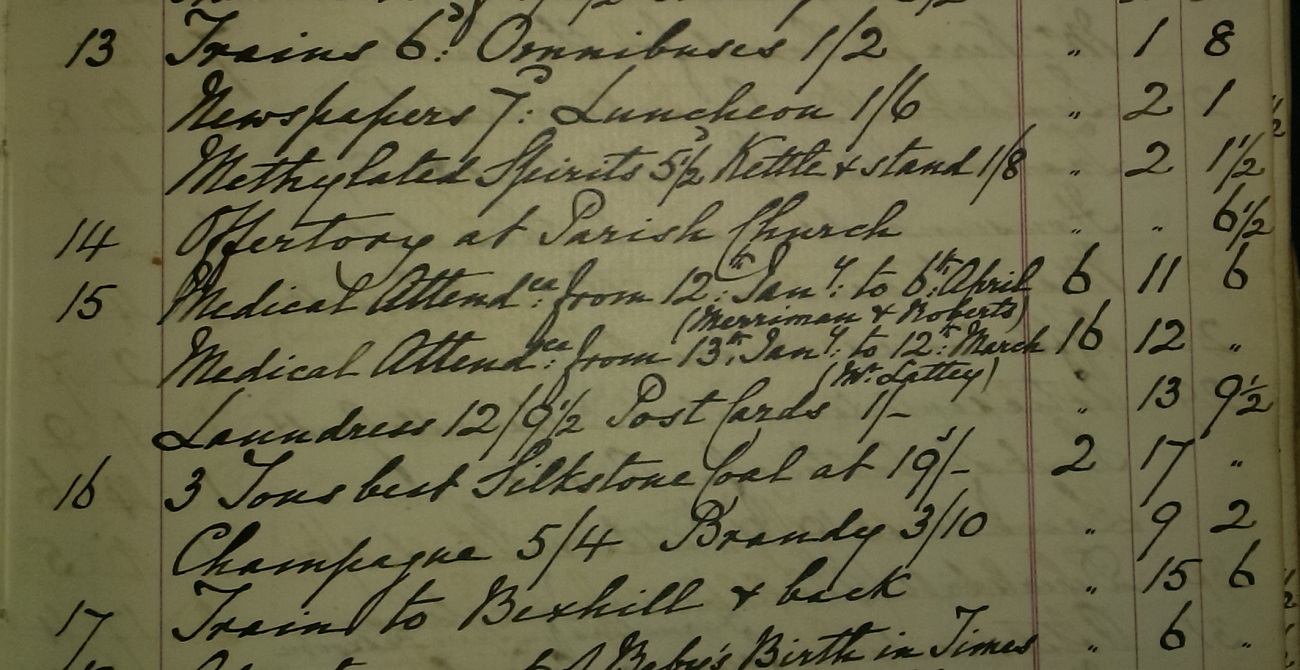 The birth of Mildred in the [House Book] for July 1878.
In between all the other mundane bills: 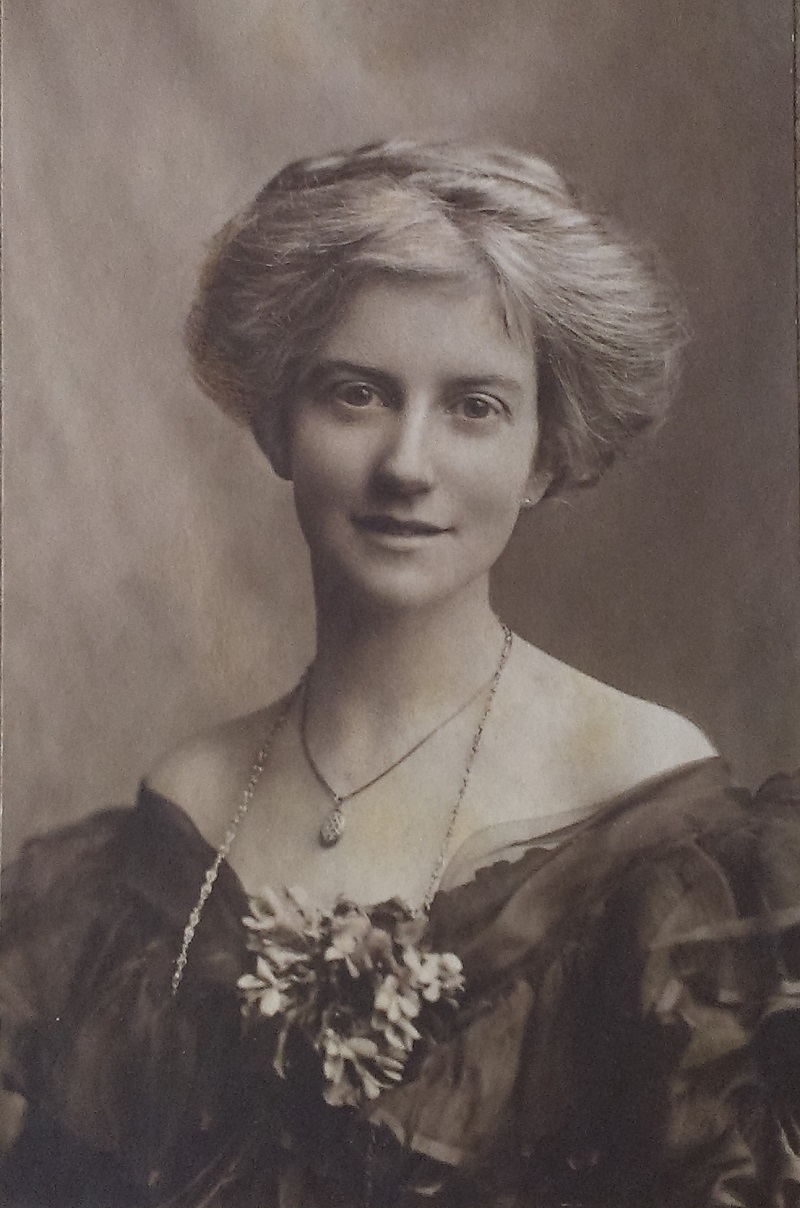