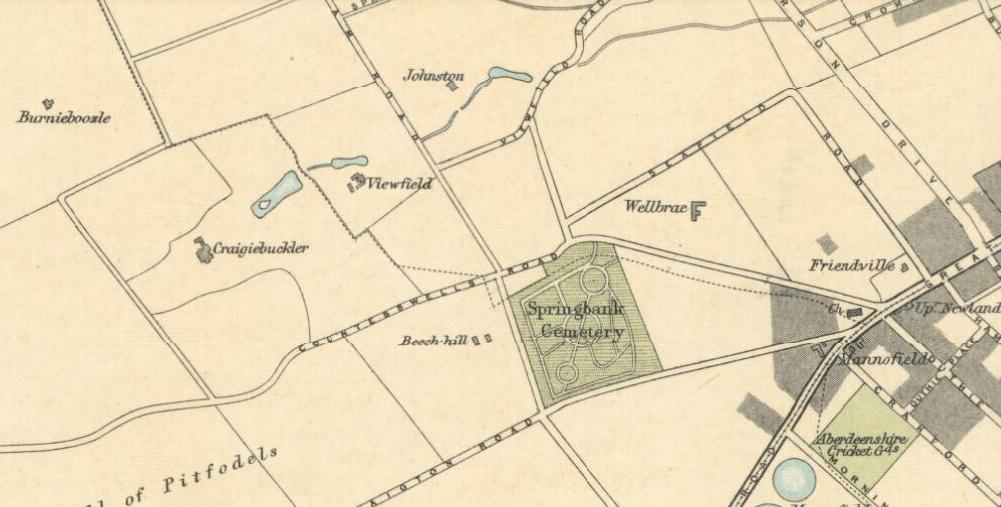 Location of Viewfield, Aberdeen.
From 1912 map of Aberdeen.

William and Margaret lived Viewfield, Aberdeen.
He is described as "merchant" at children's baptisms, and "merchant" of Aberdeen in brother Arthur's marriage contract 1815, and "merchant" in his burial notice.