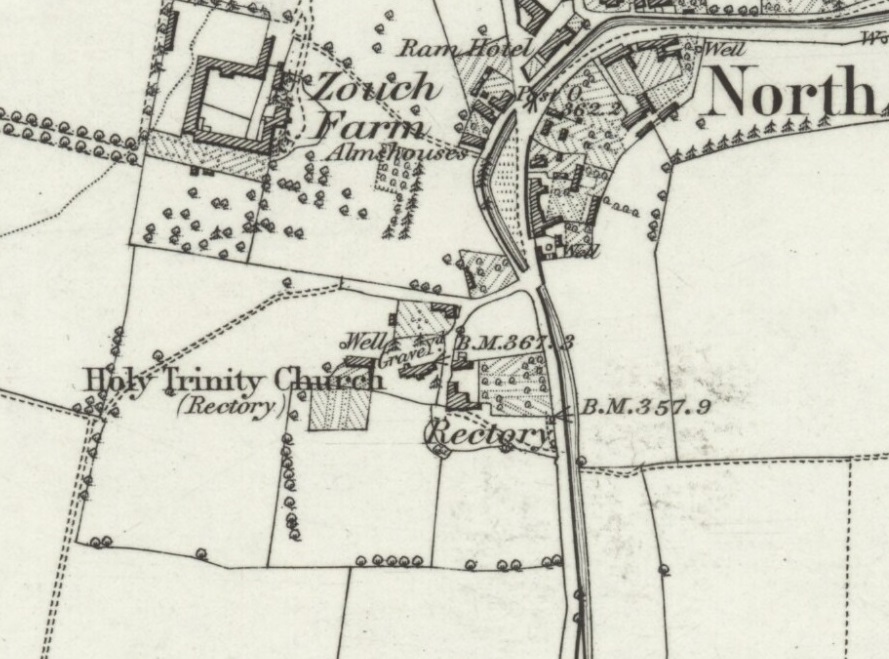 North Tidworth church and rectory on 1873 map.
Rectory might have been different in Goddard's day.
See larger. 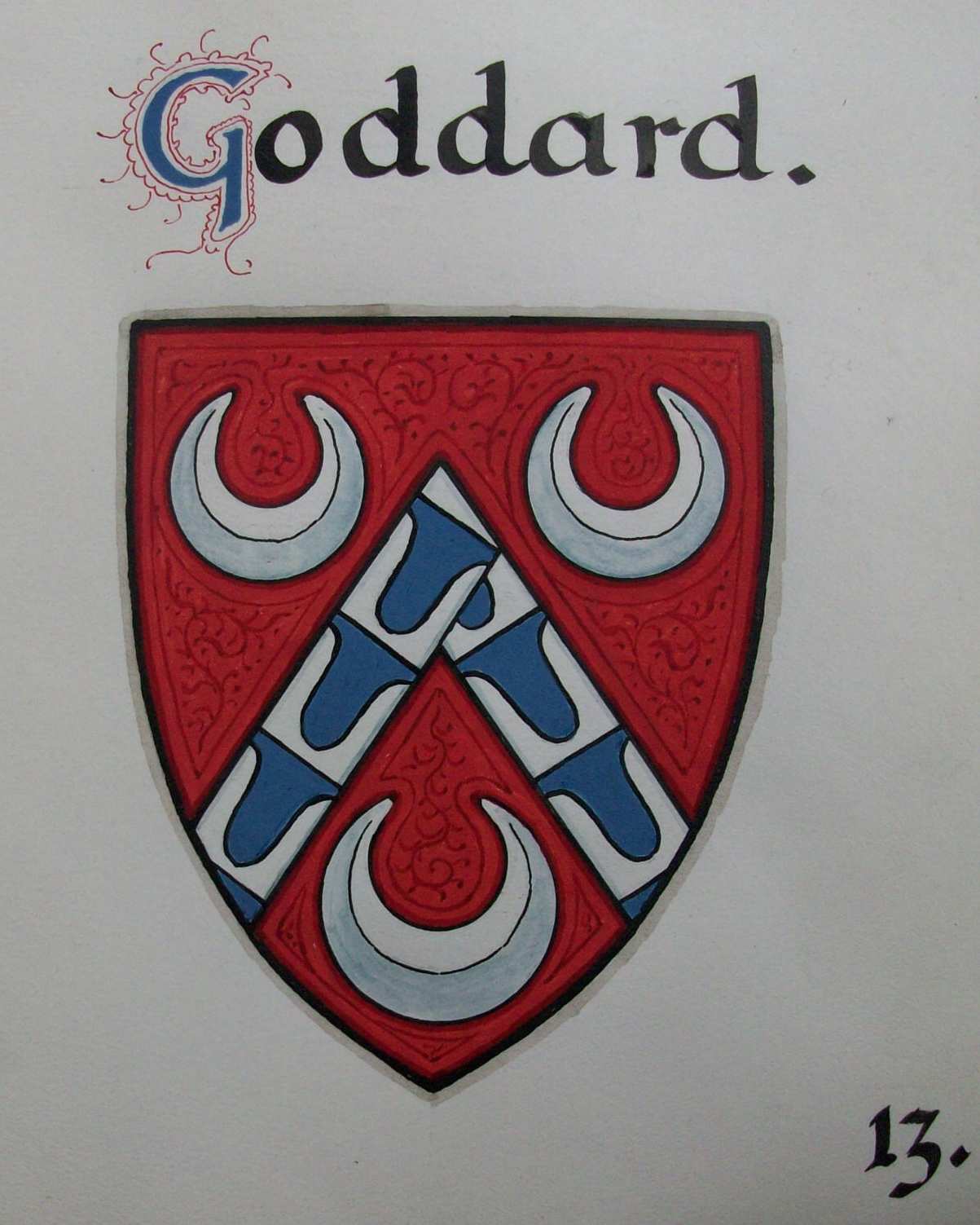 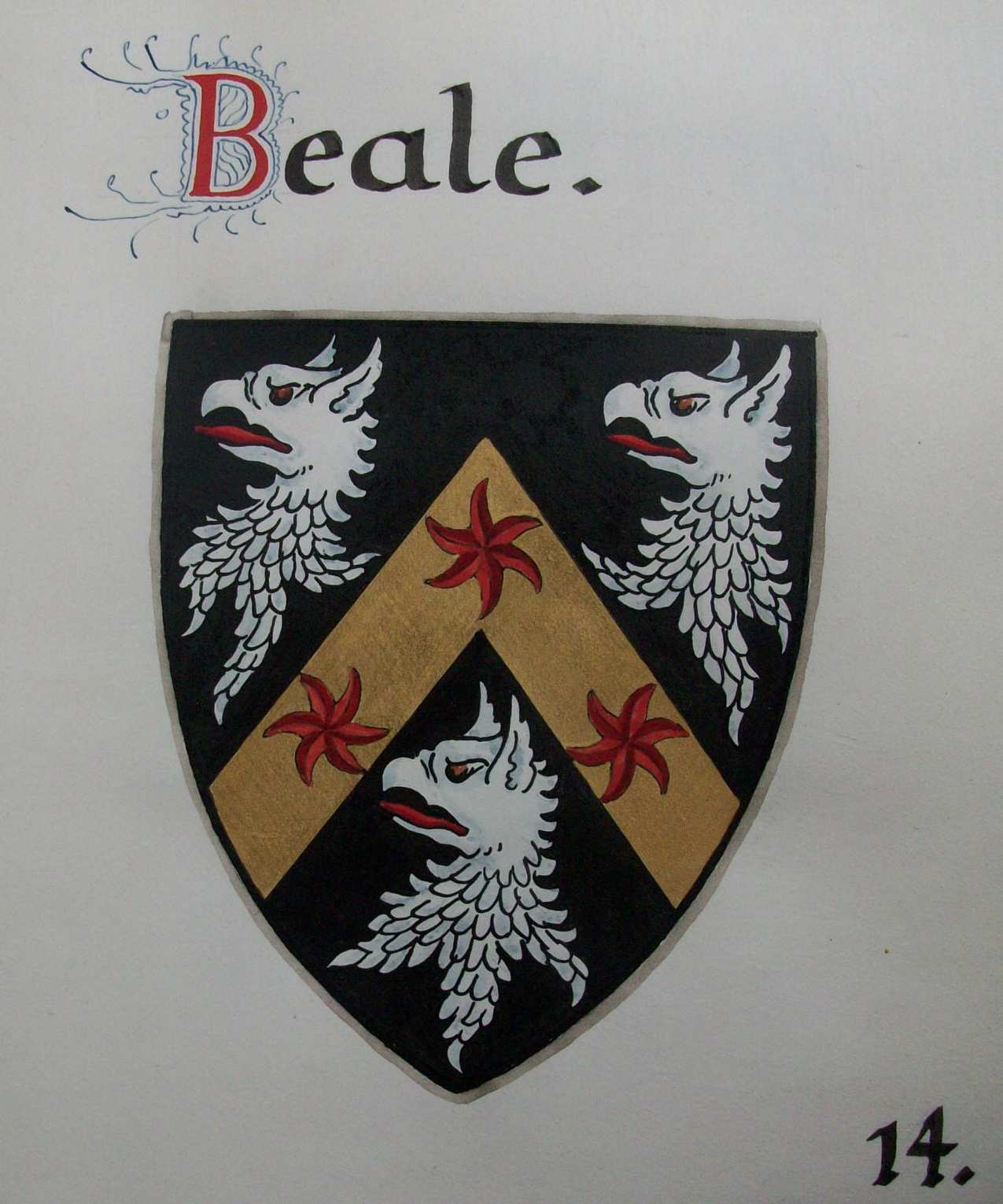 Arms of Goddard and Beale.
From the arms of the 32 ancestral lines of James Franklin Fuller, made out in 1909 by the Dublin Office of Arms.
Courtesy of Teresa Stokes.
(Left) See full size.
(Right) See full size.

The will of Rev. Thomas Goddard, 1731.
Mentions his sons John, Thomas and Henry.

Rev. Thomas Goddard in 1707-31 was Canon of the 5th stall (out of 12 Canons' stalls) in the choir of St George's Chapel at Windsor Castle. 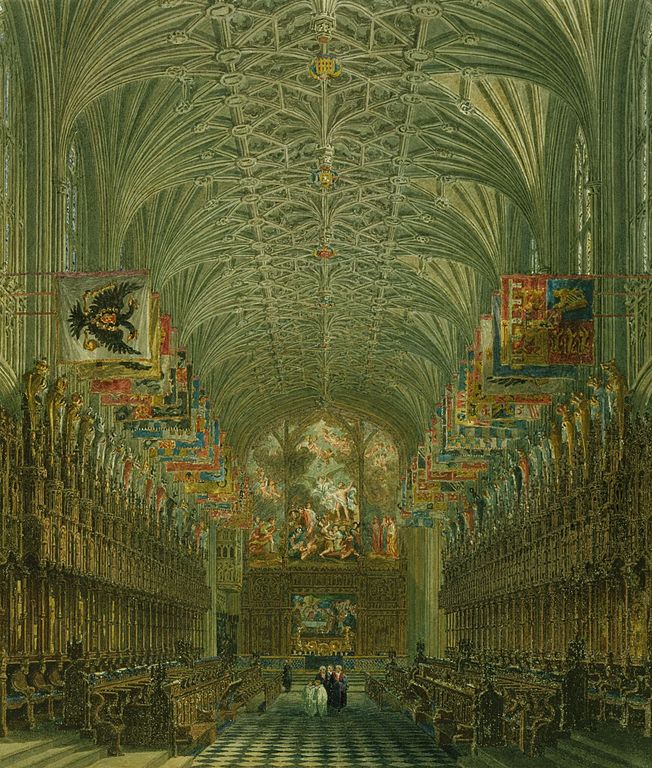