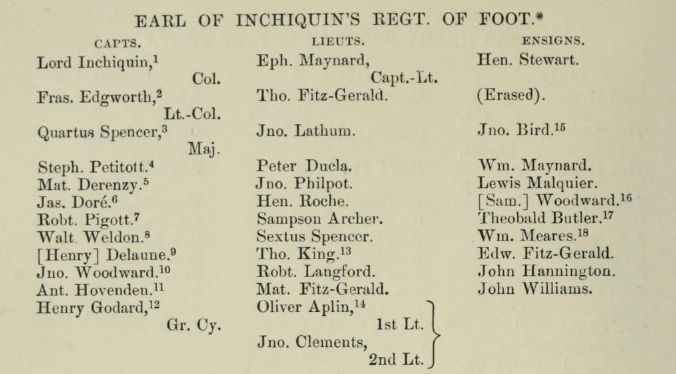 Henry Goddard of Wiltshire joins the 3rd Earl of Inchiquin's regiment in 1704-1706 and comes to Ireland.
This may be ultimately why Capt. Thomas Goddard came from England to Ireland.