There is a controversy about the pedigree of Martha Lynne (who married Blennerhassett) in the letters page of the Kerry Evening Post in Jan-Apr 1893.

Essentially, Fuller and Foster and Green and Lynne are right. Hickson and Black Jack are wrong.
However, Fuller's initial statement of the descent is wrong. And perhaps because of this, the debate is never resolved. 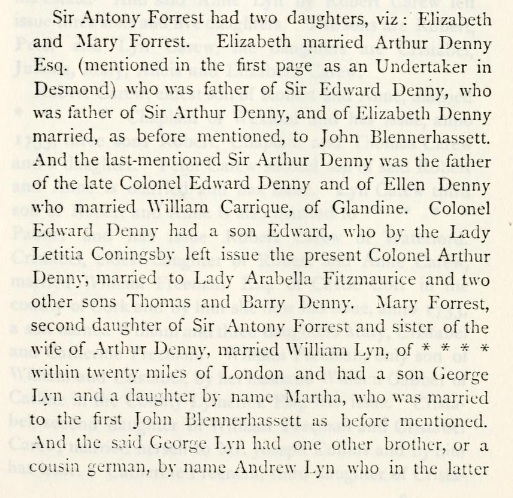 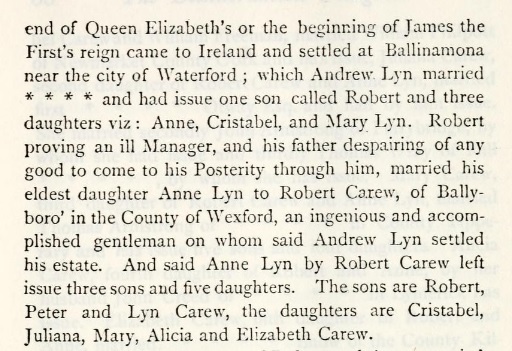 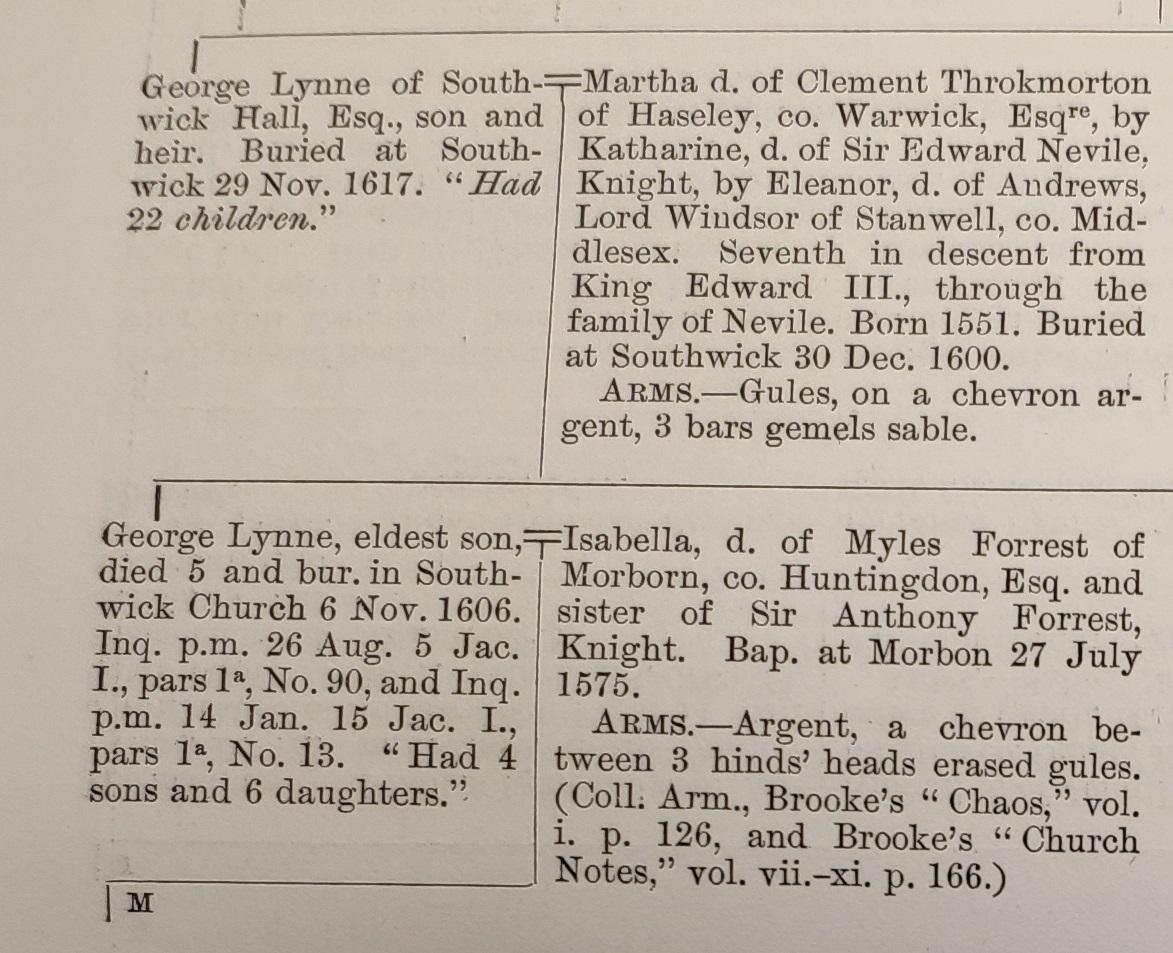 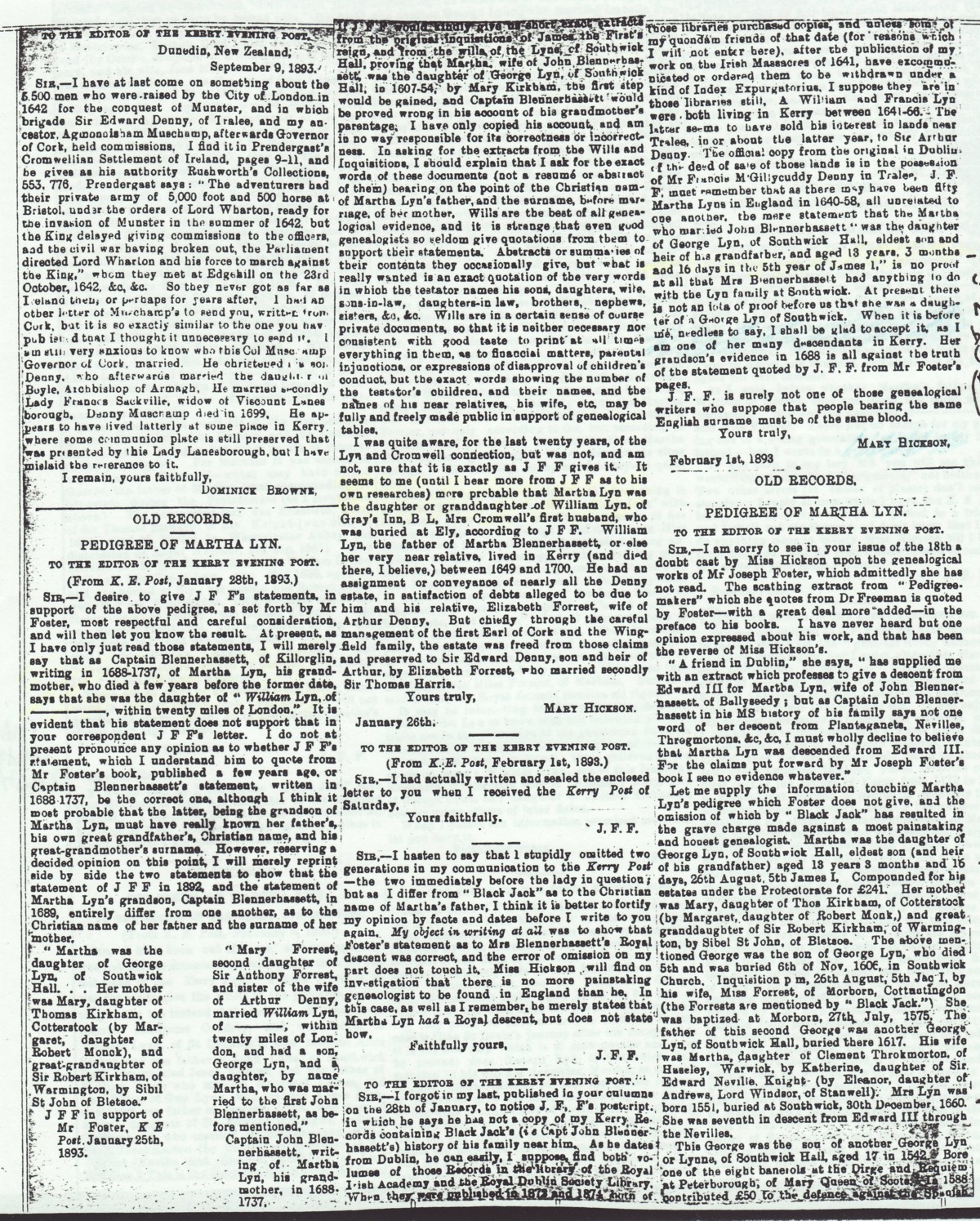 Page 80 of the "Nash Newspaper Cuttings Collection for Co.Kerry", vol.2.
Some of the letters are also in pp.102-104 of vol.4.
Fuller's initial statement of the descent is wrong.
Black Jack's version is also wrong. 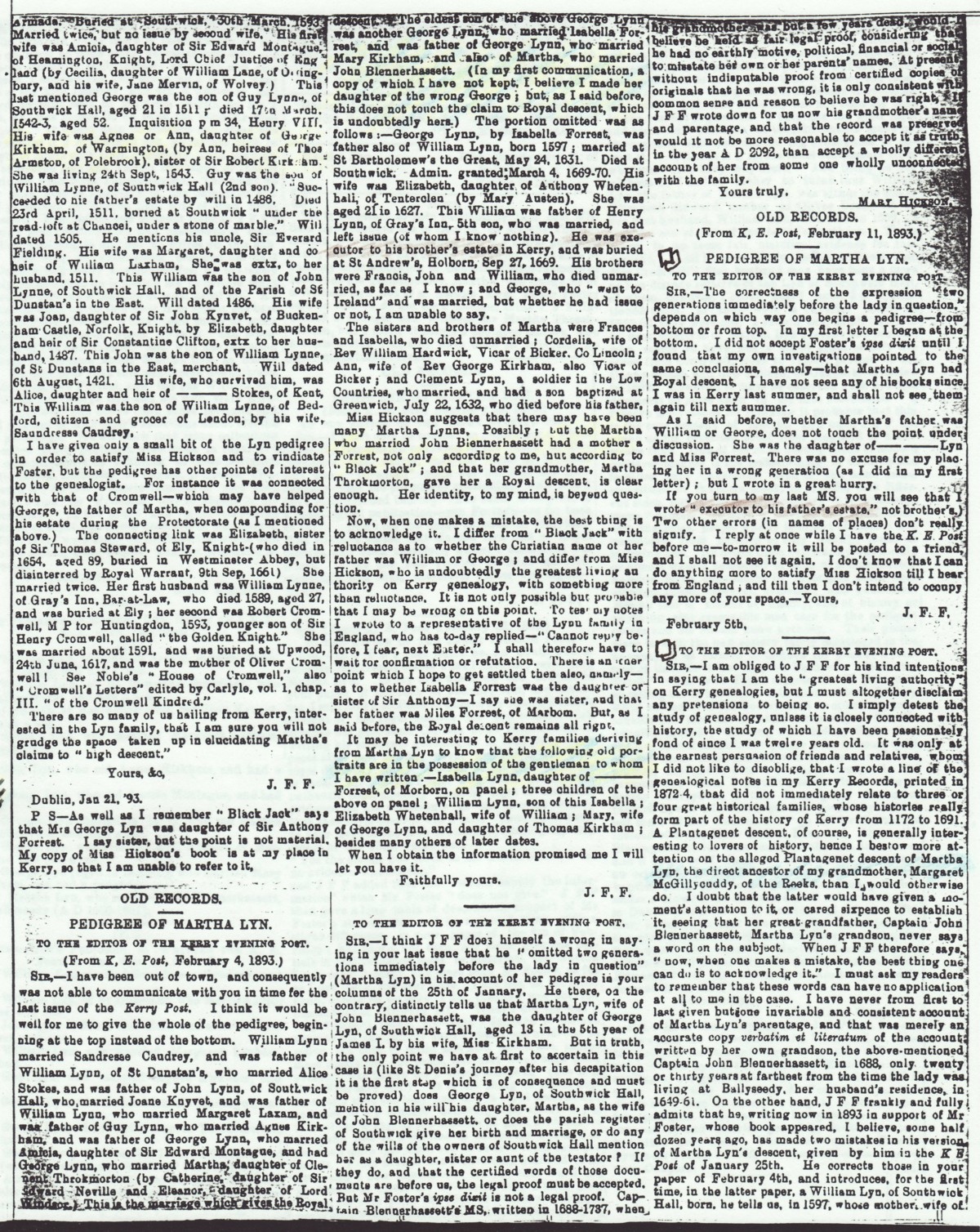 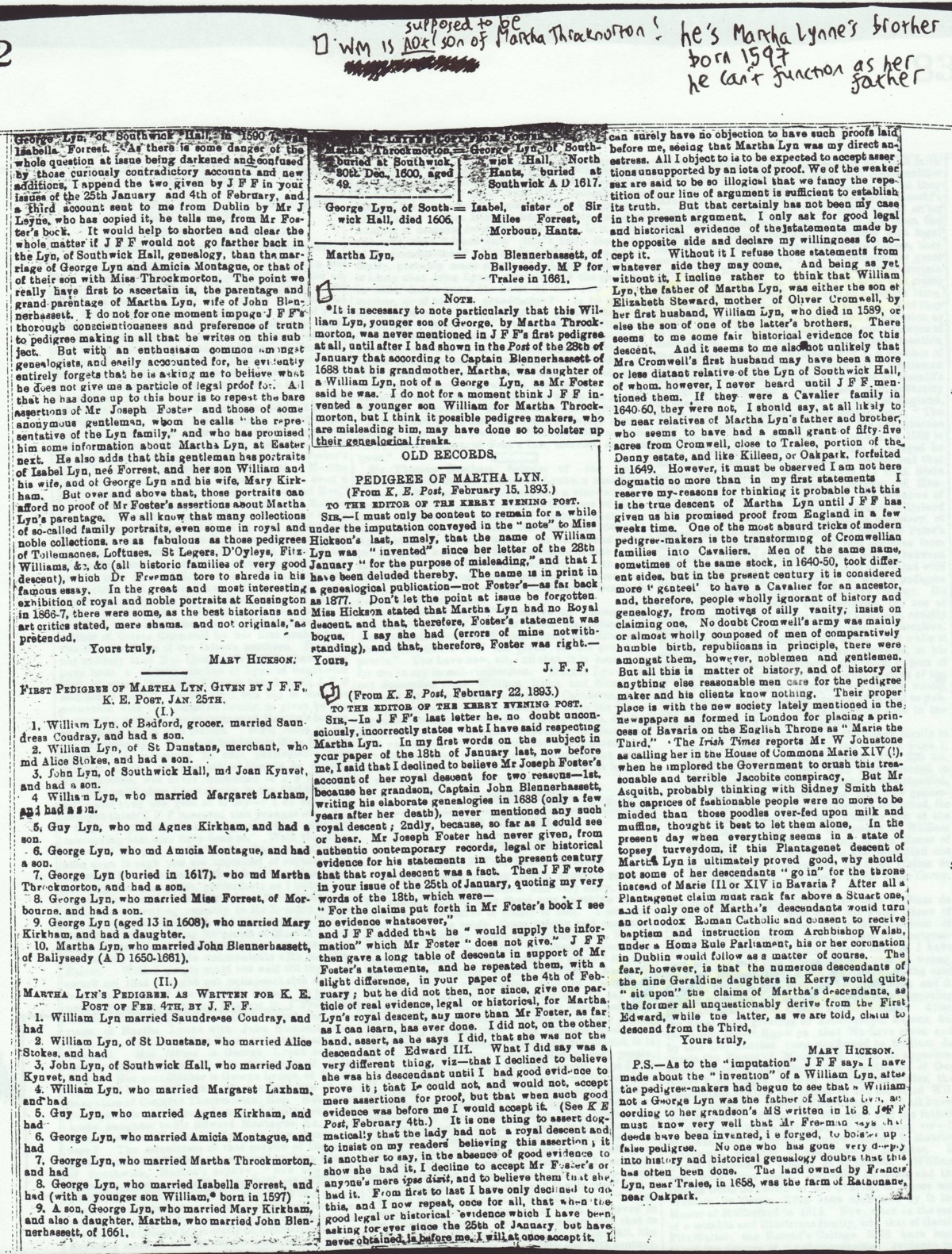 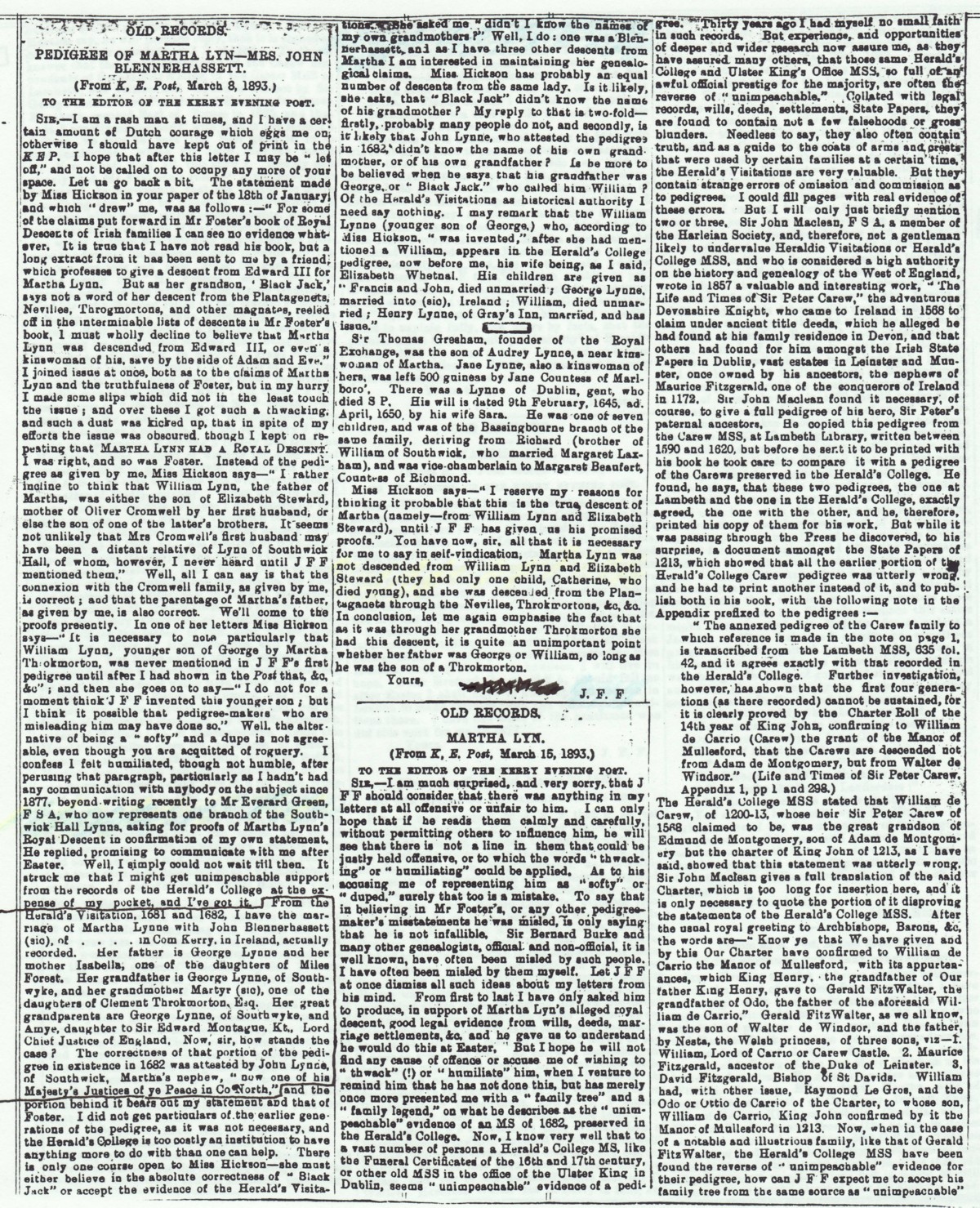 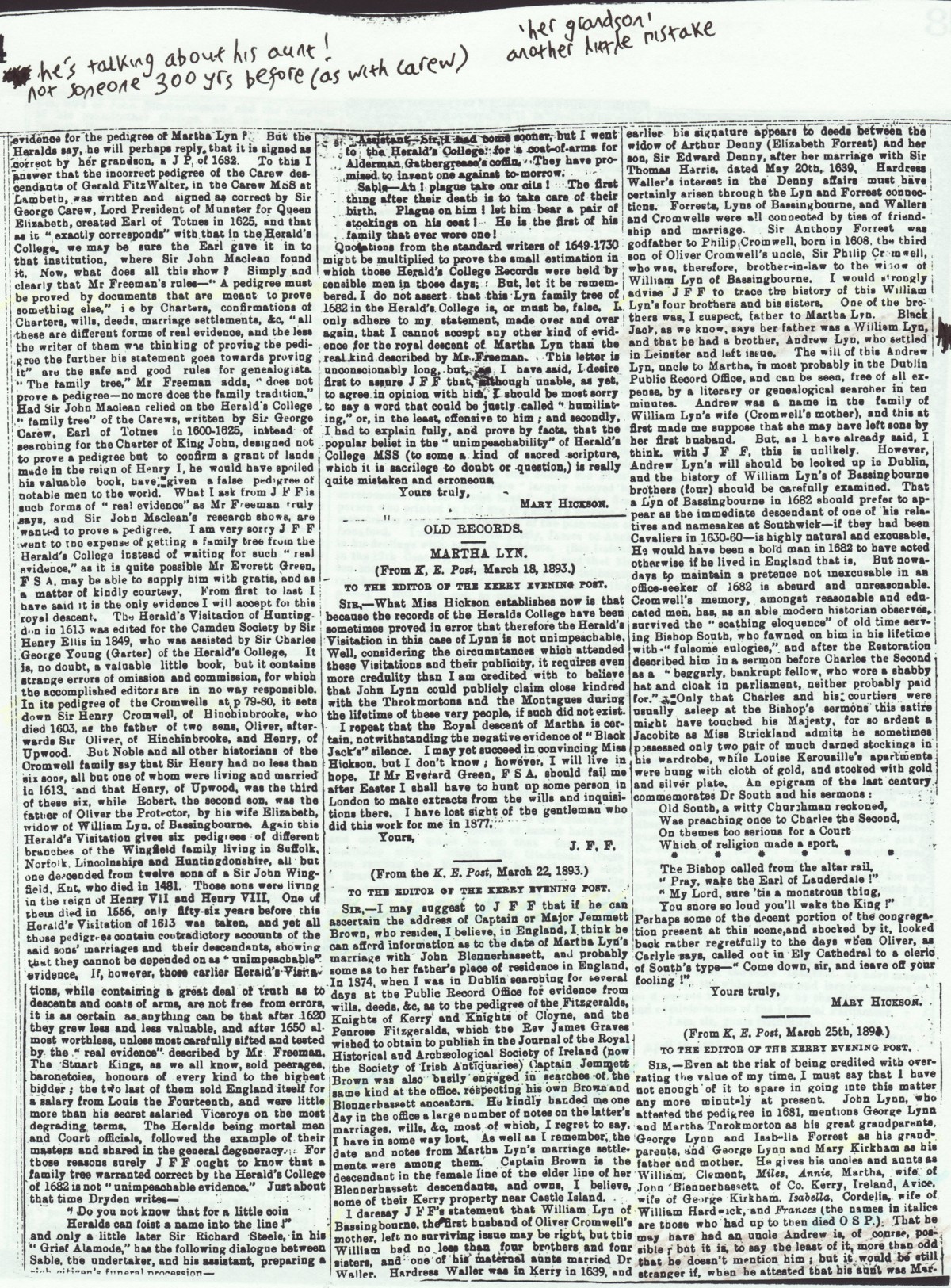 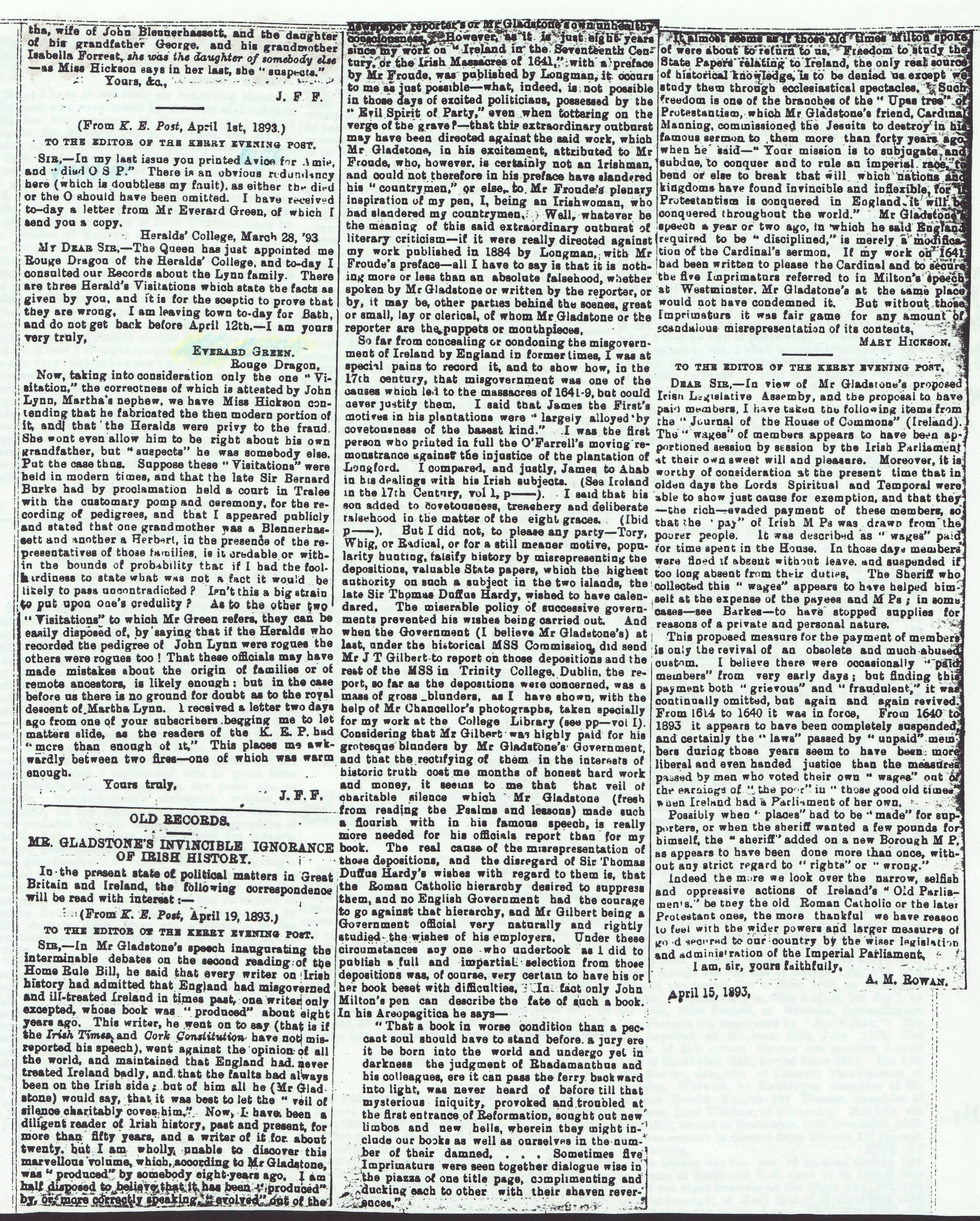 Fuller is right. Hickson is wrong.

Essentially, Fuller and Foster and Green and Lynne are right. Hickson and Black Jack are wrong.
Donation Drive