He mar pre-1693 (so probably in 1690-93) to Elizabeth Cross [born 1669].
At some point, probably in Black Jack's time (in 1690s to 1730s), a fine new Castle Conway was built on the old site in Killorglin.
[Houses of Kerry] thought it was built "after the Williamite wars", but also thought it was built by Black Jack's parents (but his mother died 1683, before the Williamite wars).
John Blennerhassett of Killorglin witnessed a Deed of 1708, the marriage settlement of Samuel Bennett of Co.Limerick and Anne Collis of Co.Kerry.
Elizabeth died 22 Mar 1732, age 63 yrs.
She was bur in the chapel at Castle Conway, Black Jack erected a memorial to her.
See her now-vanished tomb at Castle Conway.
Black Jack produced his final Blennerhassett family history c.1737, known as "Black Jack's Book".
[Hickson, 3 Apr 1897] says the latest entries in the genealogy are dated 1737.
Black Jack died c.1738, age c.73 yrs.
Mary Agnes Hickson gives various estimates for when he died, such as c.1739 [10 Apr 1897] and c.1742 [3 Apr 1897].
Black Jack and Elizabeth had issue:

In 2019 and 2020, it was discovered that several DNA matches still exist between the living descendants of different children of "Black Jack". These are the furthest back DNA matches I have ever found. Possibly the DNA matches are through some unknown closer lines. But unless that is found, it does seem that DNA from 1665 can be detected in 2020!

Letter of 13 Oct 1694 from Cornelius McGillycuddy refers to Capt. Hassett of Killorglin (Black Jack).
From p.175 of McGillycuddy papers. 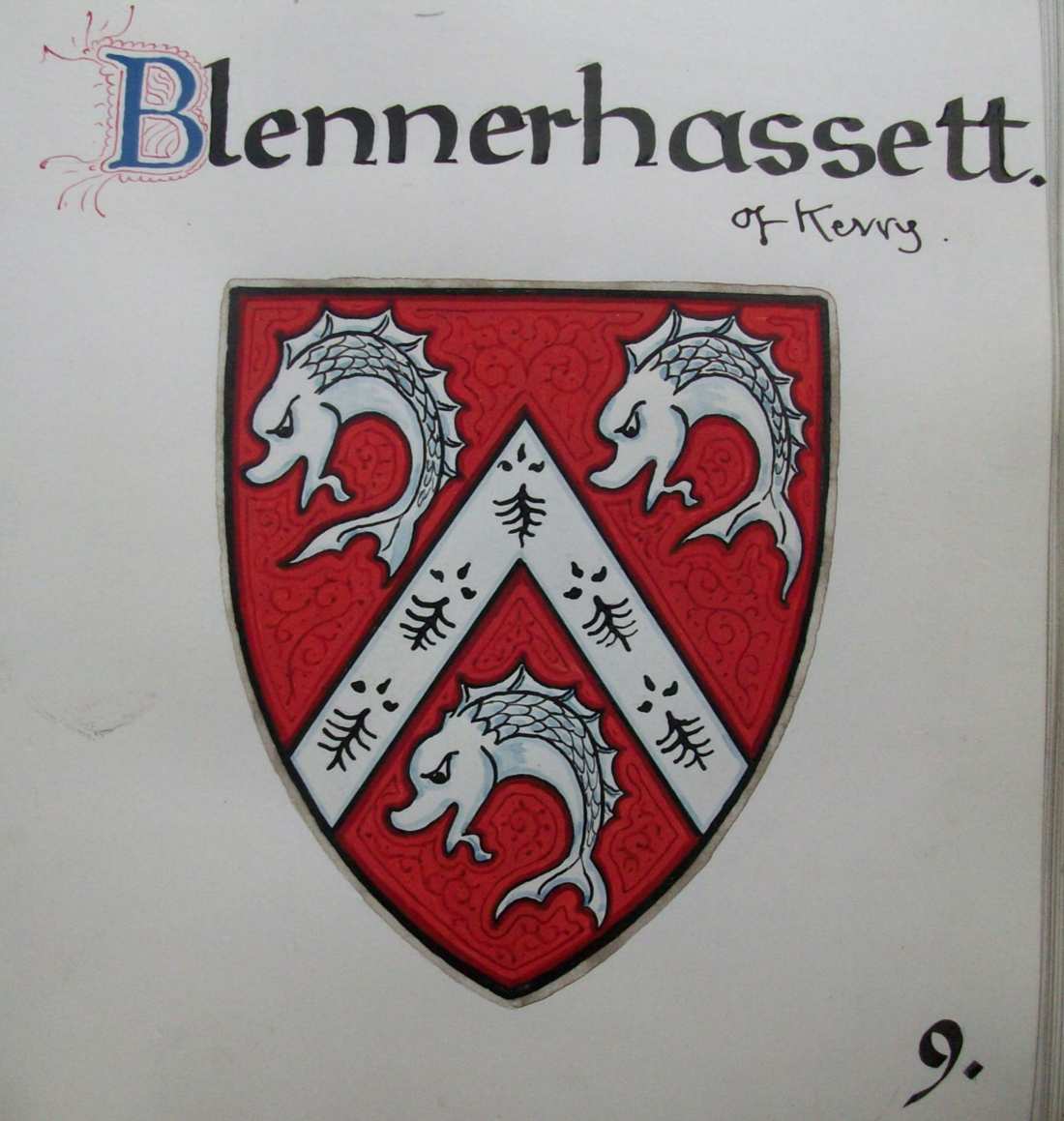 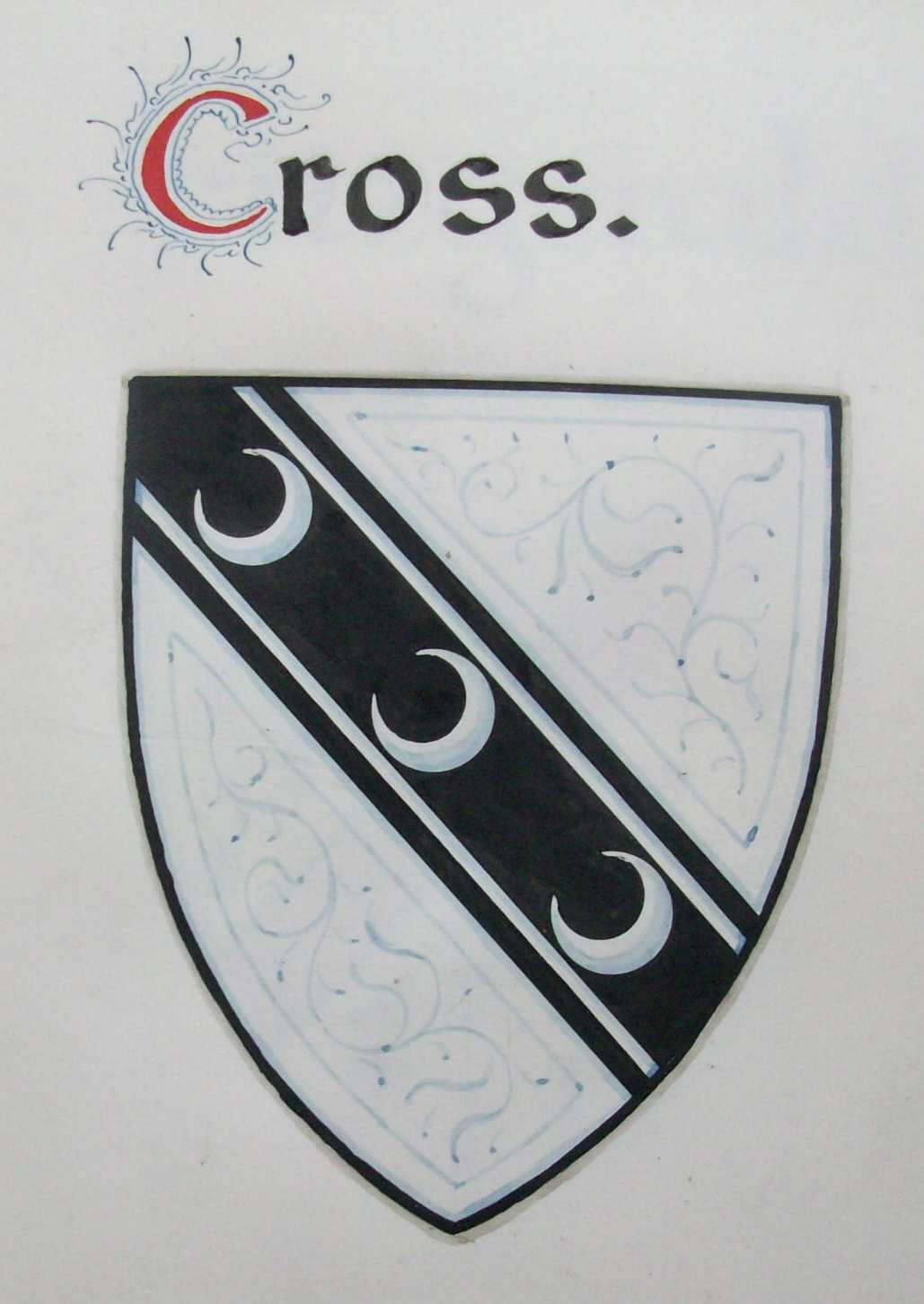 Arms of Blennerhassett and Cross.
From the arms of the 32 ancestral lines of James Franklin Fuller, made out in 1909 by the Dublin Office of Arms.
Courtesy of Teresa Stokes.
(Left) See full size.
(Right) See full size.

There was an error made in 1883 that Black Jack had a son "Robert", and he was the father of Rev. John.
This error is still circulating.
"Black Jack's Book" shows it is an error.

John Blennerhassett of Killorglin witnessed a deed dated 13 Feb 1708.
Though unfortunately his signature is not on the surviving memorial.