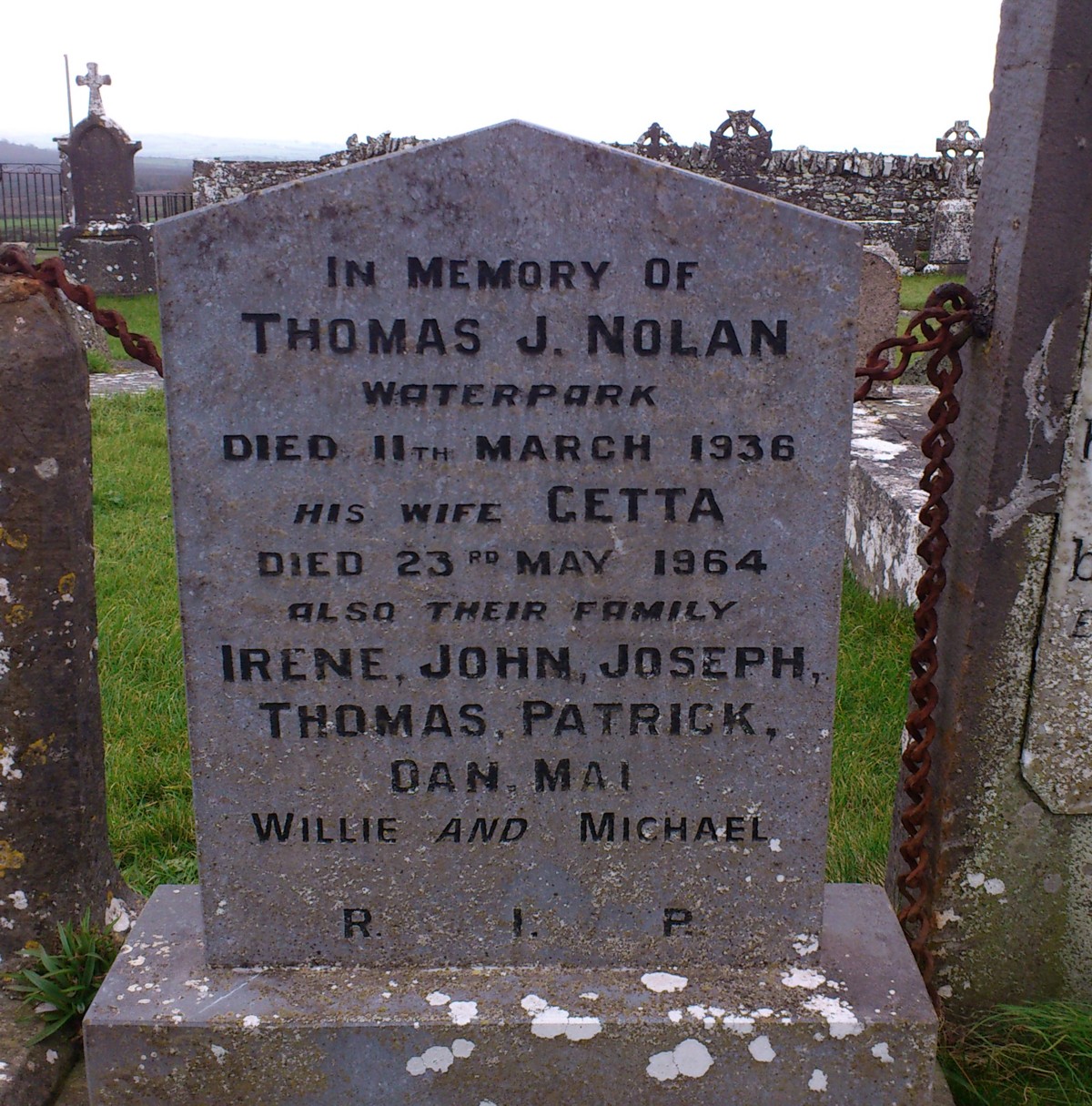 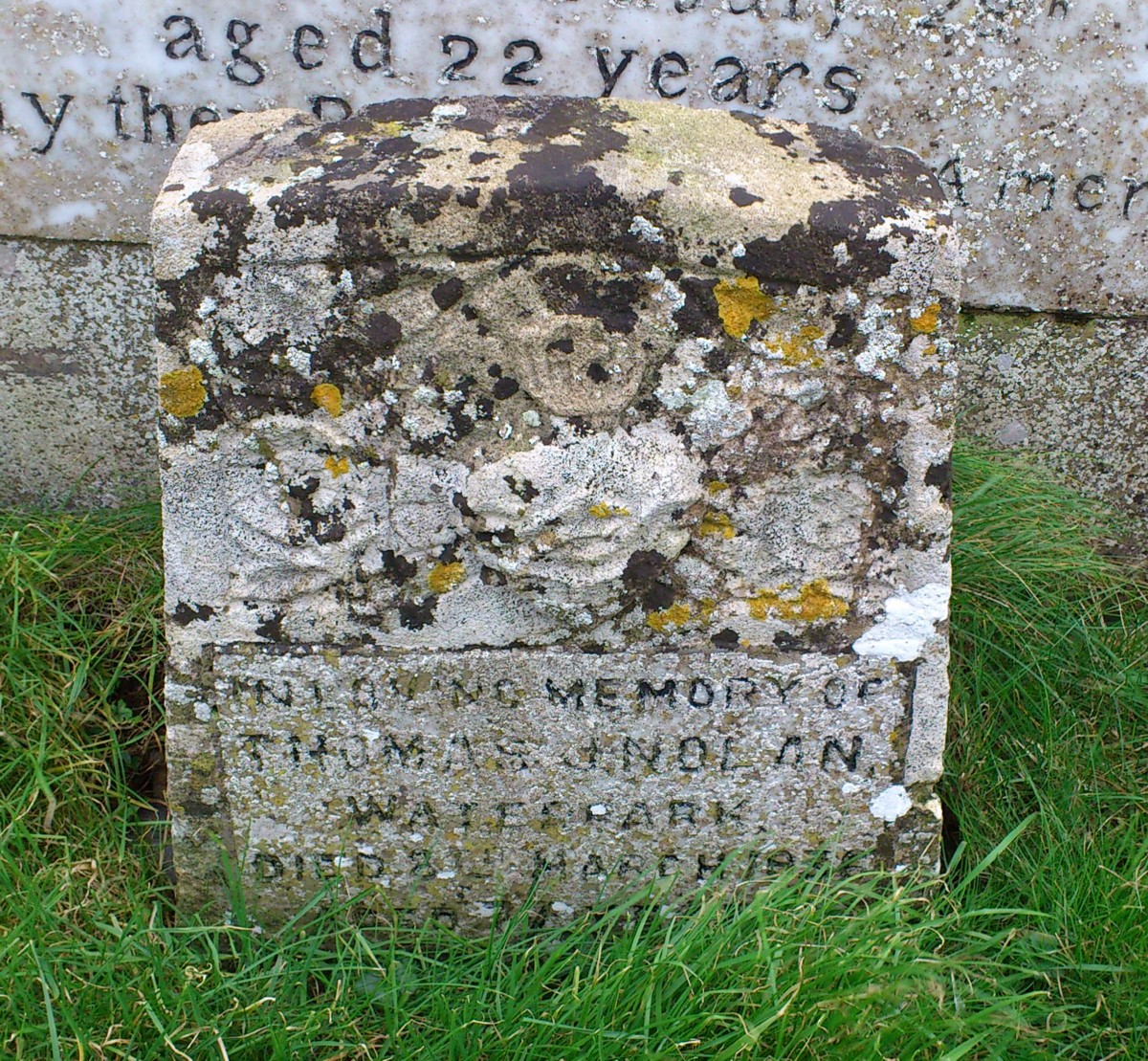 Thomas Nolan,
bapt 3 Dec 1858.
He inherited family home, Waterpark, Shanagolden, Co.Limerick.
He would be "Thomas Nolan" who wit the mar of his 1st cousin John Mangan 1892.
"Thomas Nolan, Waterpark" was at funeral of John Danaher Aug 1900.
In 1901 census he is unmarried, living with widowed mother at Waterpark, father dead.
Thomas Nolan of Waterpark is listed as nephew of Margaret Nolan at her death 1903.
Listed as farmer, of Shanagolden, at mar.

They are listed at Waterpark, Shanid Lower, in [Census, 1911]. He is "farmer". They have 2 farm servants, one domestic servant and one nurse living with them.
Listed as "farmer" at son's birth 1919.
Thomas Nolan of Waterpark listed as cousin of Rev. Mortimer McCoy at his funeral 1927.