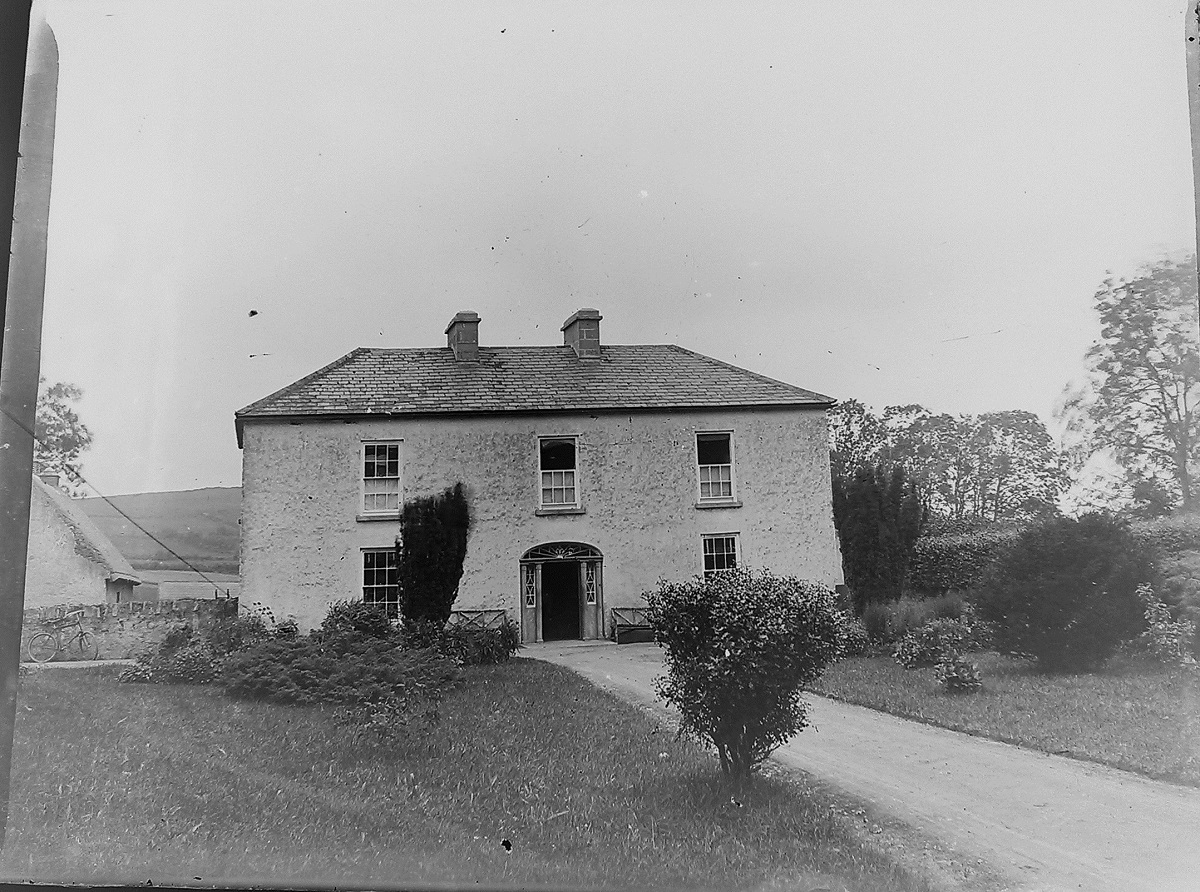 [Donovan, 2010] says the present Waterpark House dates from 1780 (in the time of old James Nolan).
Thomas Nolan said it was built around 1780 and the builder was Mr. Rose of Askeaton.
[NIAH] says it was built 1800-1820 (in the time of James Nolan who was born 1770, died 1833).
It was built at the site of a small ruined castle.
(Not to be confused with the ruined Shanid Castle a short distance to the S in Shanid Upper.)

Waterpark was the home of James Nolan (died 1833) as at [Tithe Survey, 1833].
His widow Catherine Donovan (died 1858) is listed here in [Griffiths Valuation, 1852].
She also held the land containing the ruin of Shanid Castle in Shanid Upper.

[Donovan, 2010] says Waterpark had "a large kitchen with an arched doorway leading to the cobble-stoned yard."
Nolan family lived in Waterpark House until 1982, when they moved to a new house.
Waterpark House fell into ruin.
The front entrance is now overgrown.
Still owned by Nolan family.
Waterpark House is on the Limerick County Council Record of Protected Structures but that did not prevent it falling into ruin.

"Parkwater Quarter" (Waterpark) in "Lower Shannitt" (Lower Shanid) on [Map of Mount Trenchard estate, 1770].
"Parkwater" is held in 1770 by "Oliver Stokes", "good feeding pasture".
N is to the right (note location of Shanagolden).
Looks like there is an old house and a castle at Waterpark.

Waterpark House.
From satellite view.
See also street view of the overgrown front entrance and the side entrance.

The front (the S).
See full size and other shot and SW corner.

The W side.
See full size and NW corner.

The NW side.
See full size.

The rear (N side).
The red bricks show the (later bricked up) archway between the yard and the kitchen.
See full size and wider shot.

The farm yard.
See full size and other shot.