He mar pre-1852 to Nora Carmody [Honora, born 1831].
Listed at Ballynabrennagh in the children's births and baptisms 1852 to 1866 (varies in spelling, but clearly Ballynabrennagh).
He must be "John Callaghan junior" listed as holding 64 acres at Ballynabrennagh Upper in [Griffiths Valuation, 1853].
"Junior" not because he is son of John, but because there is an older John also in Ballynabrennagh.

Nora dies, 1909:
She is described as of Cloghers on grave and in funeral report.
She died 25 Feb 1909, High St, Tralee (her dau Mary's house) [GROI], age 78 yrs.
See death cert. Listed as widow of farmer. Death registered by her son Jeremiah of Cloghers. Age given as 64 (far too young).
Funeral Sat 27 Feb 1909, bur Rath Old cemetery, Tralee.
See funeral report in Kerry Evening Star, March 1, 1909, p.2. This confirms she is mother-in-law of William Stack.
Their son Denis is in Ballynabrennagh Upper in 1911 census.
John and Nora had issue:

John and Nora are listed as illiterate in 1901 census. 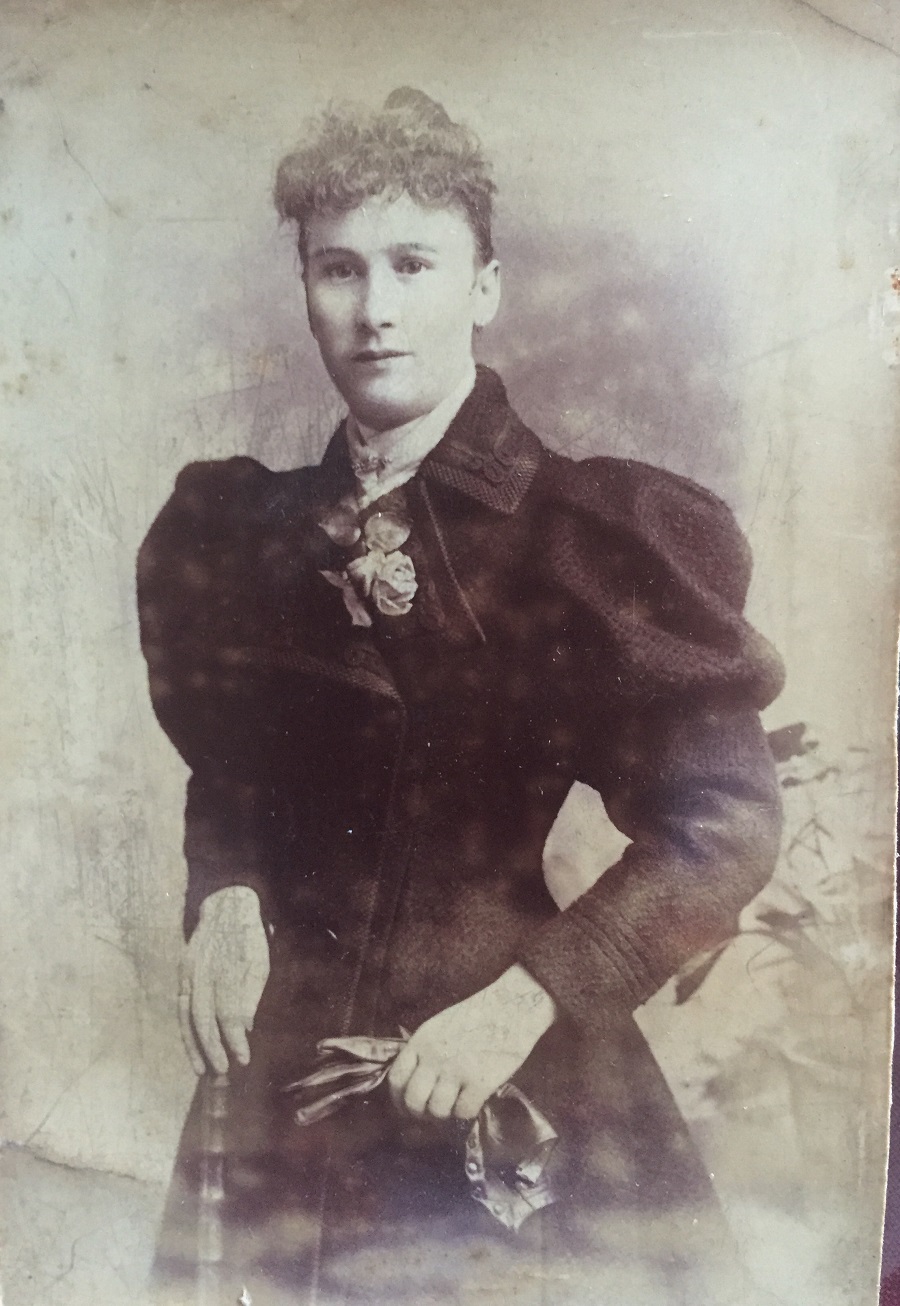