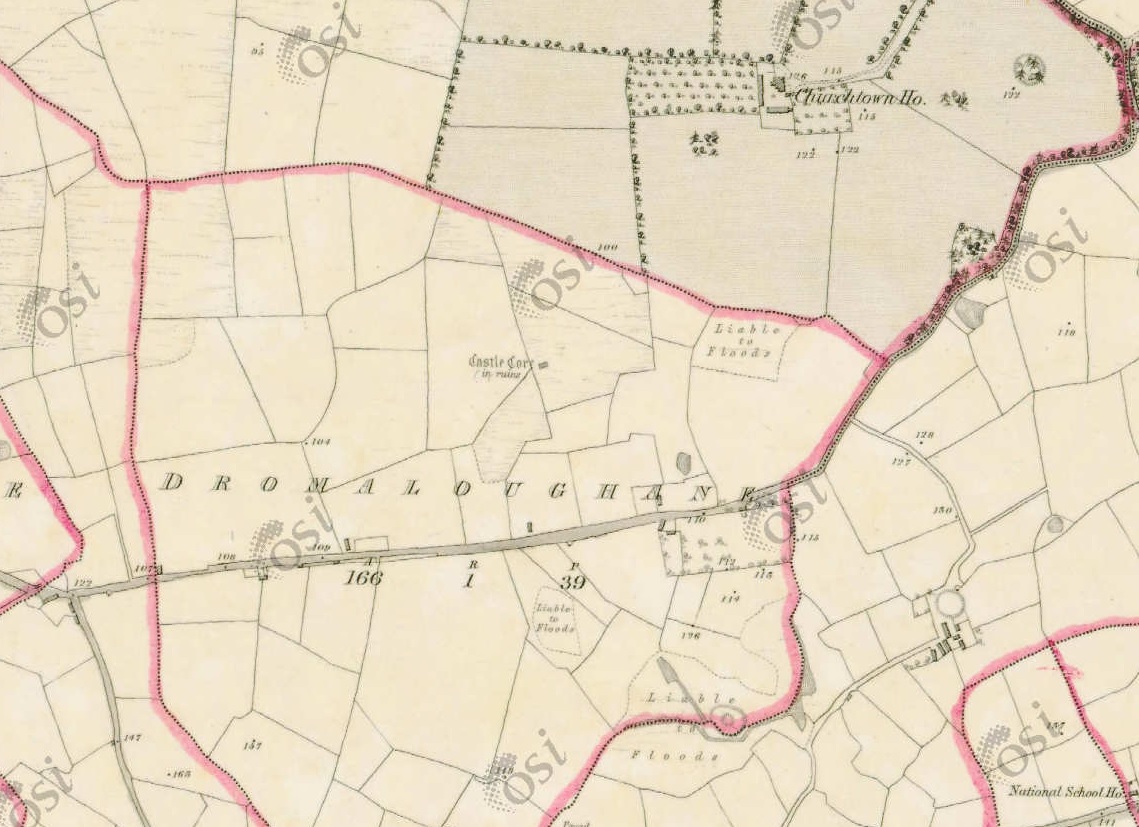 Dromaloughane, W of Killarney, Co.Kerry.
From 1829 to 1842 map.
See modern map.
It is near the Blennerhassett house, Churchtown House. (See argument with Alice Cashel.)

James Sullivan.
He is listed as "James Sullivan" consistently at his mar and children's bapts and son's birth and son's mar.
So think his son's obituary is wrong to list him as "James Joseph O'Sullivan".
Children all bapt Sullivan, not O'Sullivan.

He mar 1 February 1855 [Firies RC par records], see image, to Julia Coakley [dau of Cornelius Coakley and Bridgid Sullivan].
Mar wit by Michael Sullivan and Michael Coakley.
She (not he) is listed at mar as of Batterfield, Firies, Co.Kerry (between Killarney and Tralee, see map).

His son's obituary in 1935-36 is wrong to say he was a "physician in Killarney". He is not listed among doctors of Killarney in [Slater's Directory, 1881]. He is not listed among doctors of Ireland in [Thoms, 1884]. Perhaps this is confusion with his son's brother-in-law Dr. William O'Sullivan of Killarney.
He is listed as "farmer" at his son's birth and mar.
James and Julia had issue:

This looks like the family emigrating to America in 1884

Possible link to other O'Sullivans