Papers of the Blennerhassett Baronets family.
In private possession. 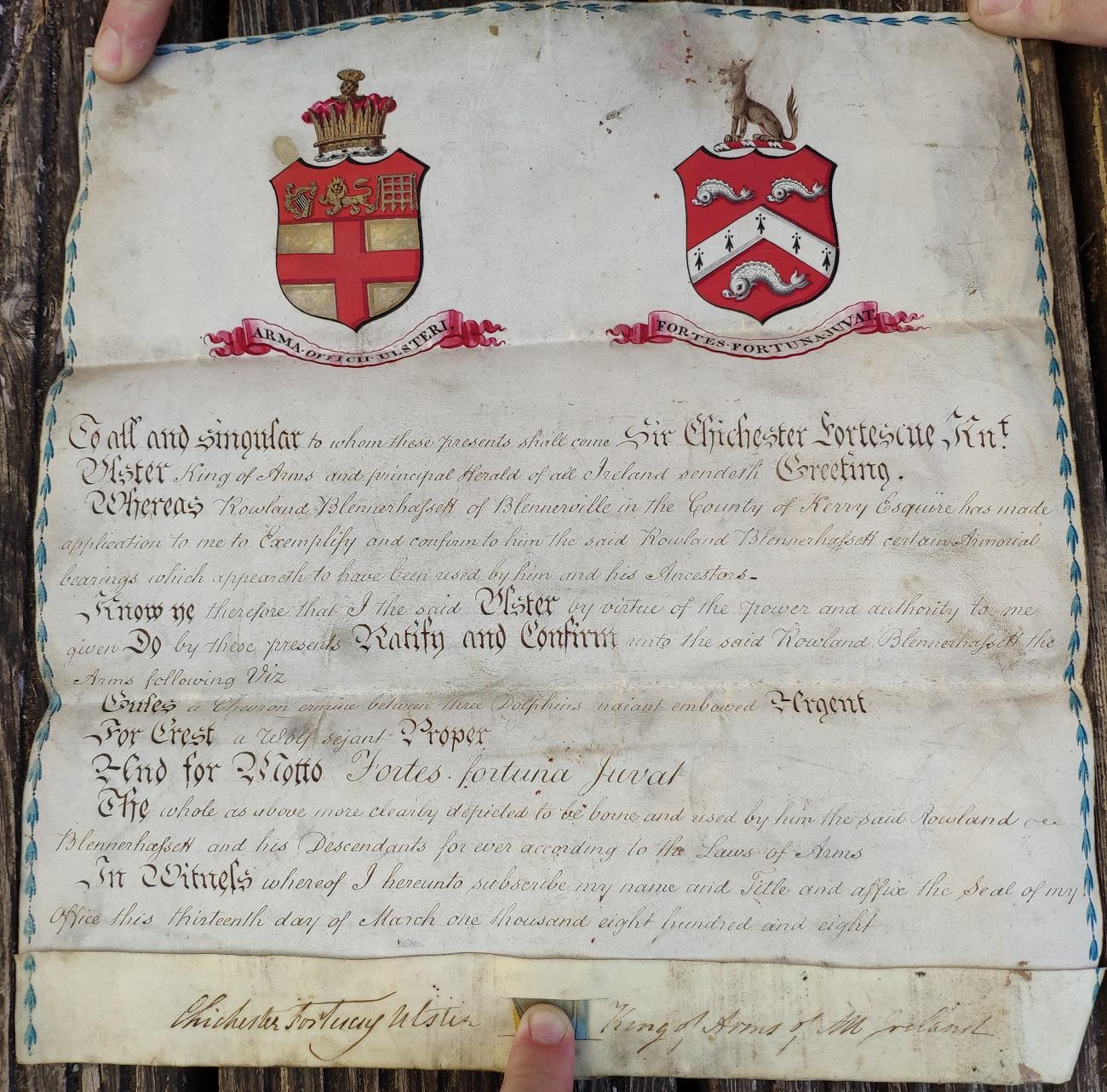 Letter to unknown, but must be 1st Baronet, or one of his sons, or one of their agents.
From Daniel O'Connell. Dated 13 Dec 1820.
Letter is about accounts. Apparently about legal work done for 1st Baronet.
See larger and full size.

This is almost certainly irrelevant.
A partial transcript of a letter from the sister of the poet William Wordsworth. Found in the Blennerhassett Baronets papers.
I am certain this is just a (partial) transcript made by someone of the letter (which is published in various books), and not the original.

This is a known, published letter.
Here is a full transcript published on pp.293-301 of The Letters of William and Dorothy Wordsworth: The early years (1967).
This says the letter comes from the Wordsworth Library at Dove Cottage, Grasmere, and has been published in two previous collections. See abbreviations.
So we are certain that this Blennerhassett copy is not an original but is just a transcript someone made of it. We do not know why. Maybe someone was just interested in Wordsworth.