Churchtown House, Churchtown townland (so called because of Knockane church in the townland).
Near Beaufort, Knockane par, Dunkerron North barony, Co.Kerry.
Half-way between Killorglin and Killarney.

Old name for Churchtown was Fearann na gCat ("Land of the cats").
This was an old McGillycuddy estate.
Contains the ruin of Castle Corr (built c.1450).

The estate became the seat of Sir Rowland Blennerhassett, 1st Baronet (born 1740 or 1741) where he built a new house, Churchtown House.
Churchtown House and Beaufort Golf Club said he built Churchtown House in 1740, but that is obviously too early for him. Maybe this is confusion with his date of birth.
[Houses of Kerry] says he built it in late 18th century. 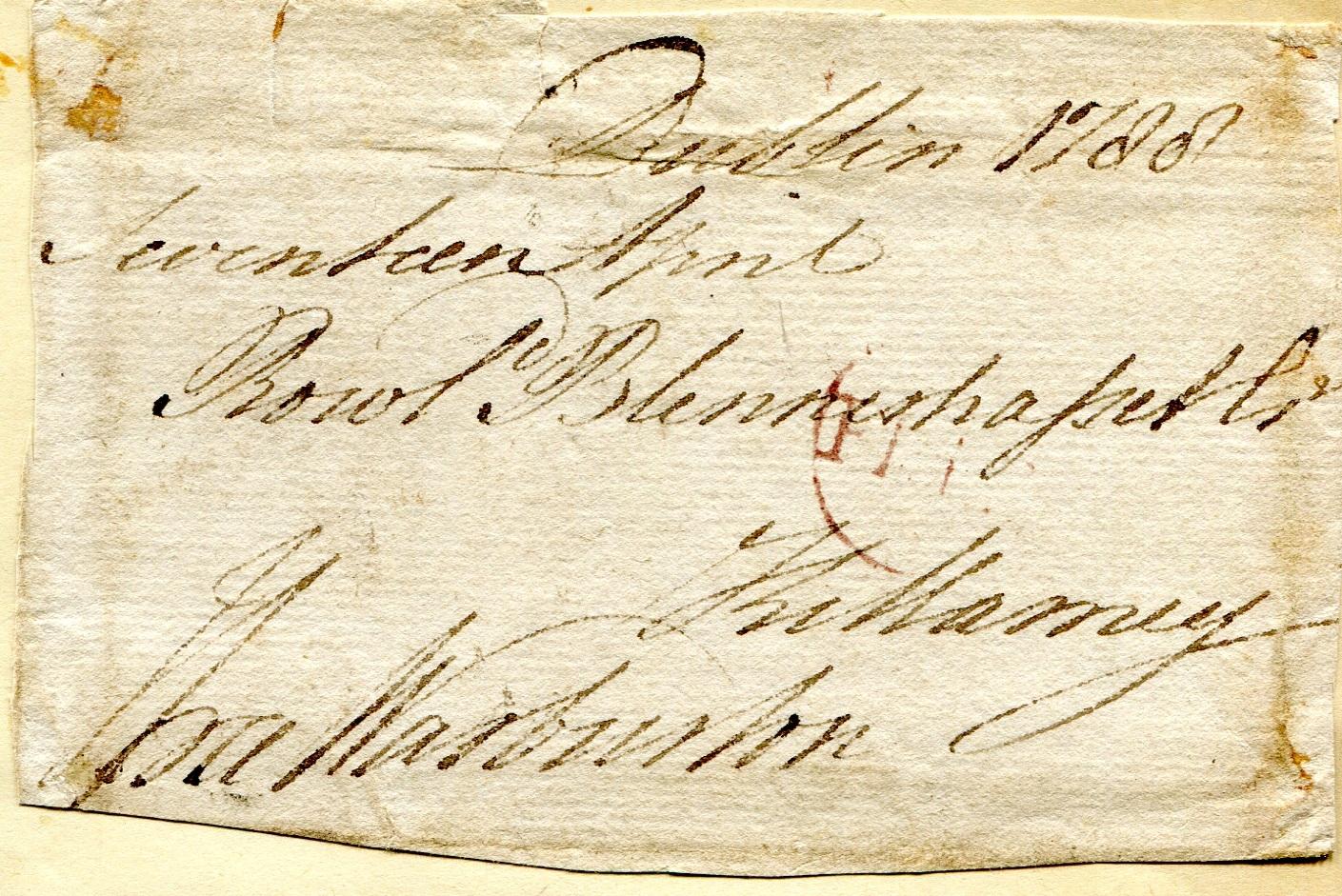 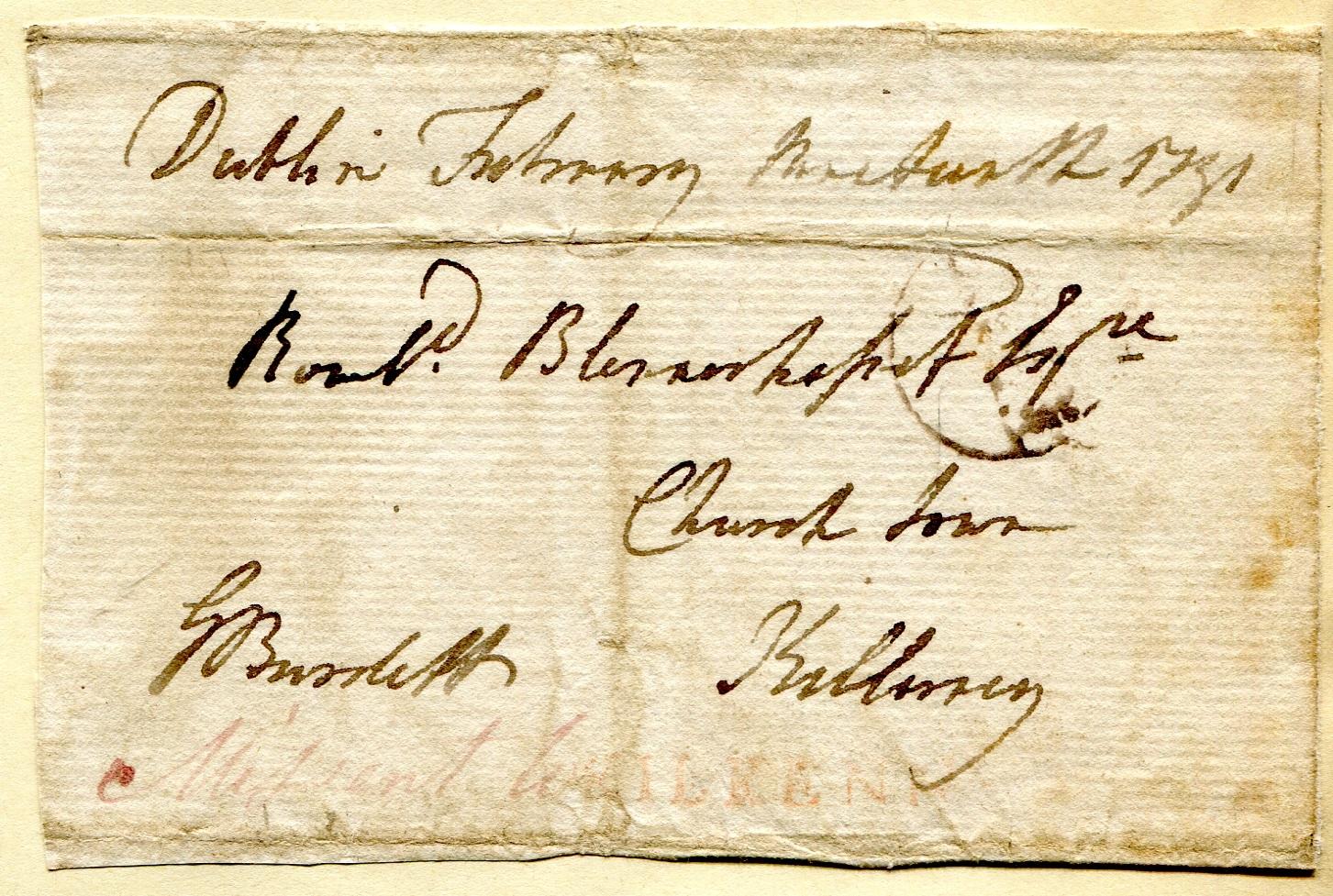 Letter of 19 Feb 1791 from Dublin to Rowland Blennerhassett at Churchtown, Killarney.
From this collection.
See larger and full size.

Robert Blennerhassett (later 2nd Baronet) is described as of Churchtown in [Deed, May 1798].

Robert Blennerhassett (later 2nd Baronet) is described as of Churchtown in [Deed, 1807].

Video of the golf course showing the ruin of Castle Corr.

Entries for Churchtown in [Tithe Survey, 1828].
From here. Note these transcribed names are very inaccurate and also duplicated.

From here.
This is the 2nd Baronet.

From here.
This would be William, son of 2nd Baronet.