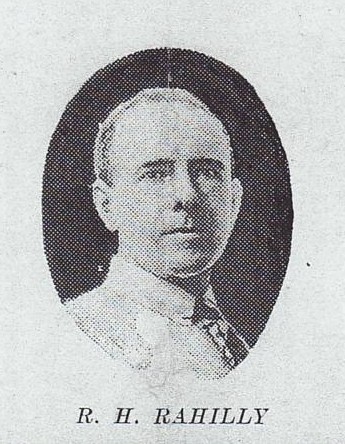 Separates from wife, goes to America:
There was some "scandal". Richard went off to New York. Apparently Frances didn't want to go to US, and they separated.
He must have gone in 1907-08.
[P102/540] is letter of 1908 from him in New York to The O'Rahilly.
He was said to have lived with the Dowlings for a while.
In [Census, 1911], Frances is listed

as living back with her aged and widowed father in Main St, Castleisland, Co.Kerry. She is without her husband, but has their child with her.
Richard was a journalist, cartoonist in New York.
He adopted the name "O'Rahilly" later in life (along with rest of family).
Listowel plaque describes him as journalist and artist.
He left the Catholic church for most of his life. Came back just before he died. His brother Alfred was involved in that, went over to US to see him.
Doreen's wedding invite in 1926 in Paris is issued just from "Madame O'Rahilly" (no father mentioned), and her address is apparently The Gables, Victoria Ave, Swanage, Dorset.
Richard died 1940s, prob. in US.
[Fitzelle, 1986] and Listowel plaque say he died c.1945.
Ronan O'Rahilly thought he died 29 Sept 1969.
Richard and Frances had issue: 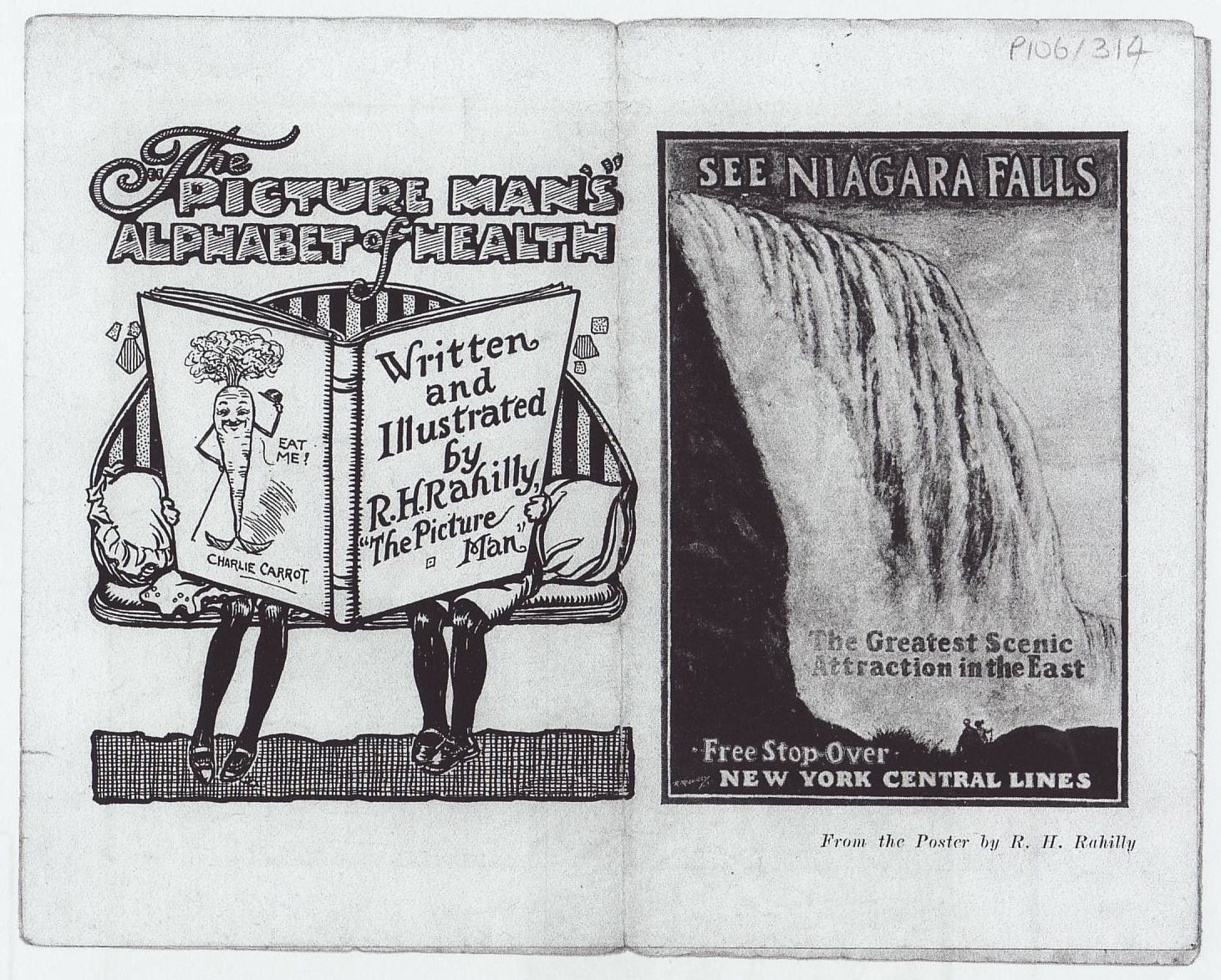 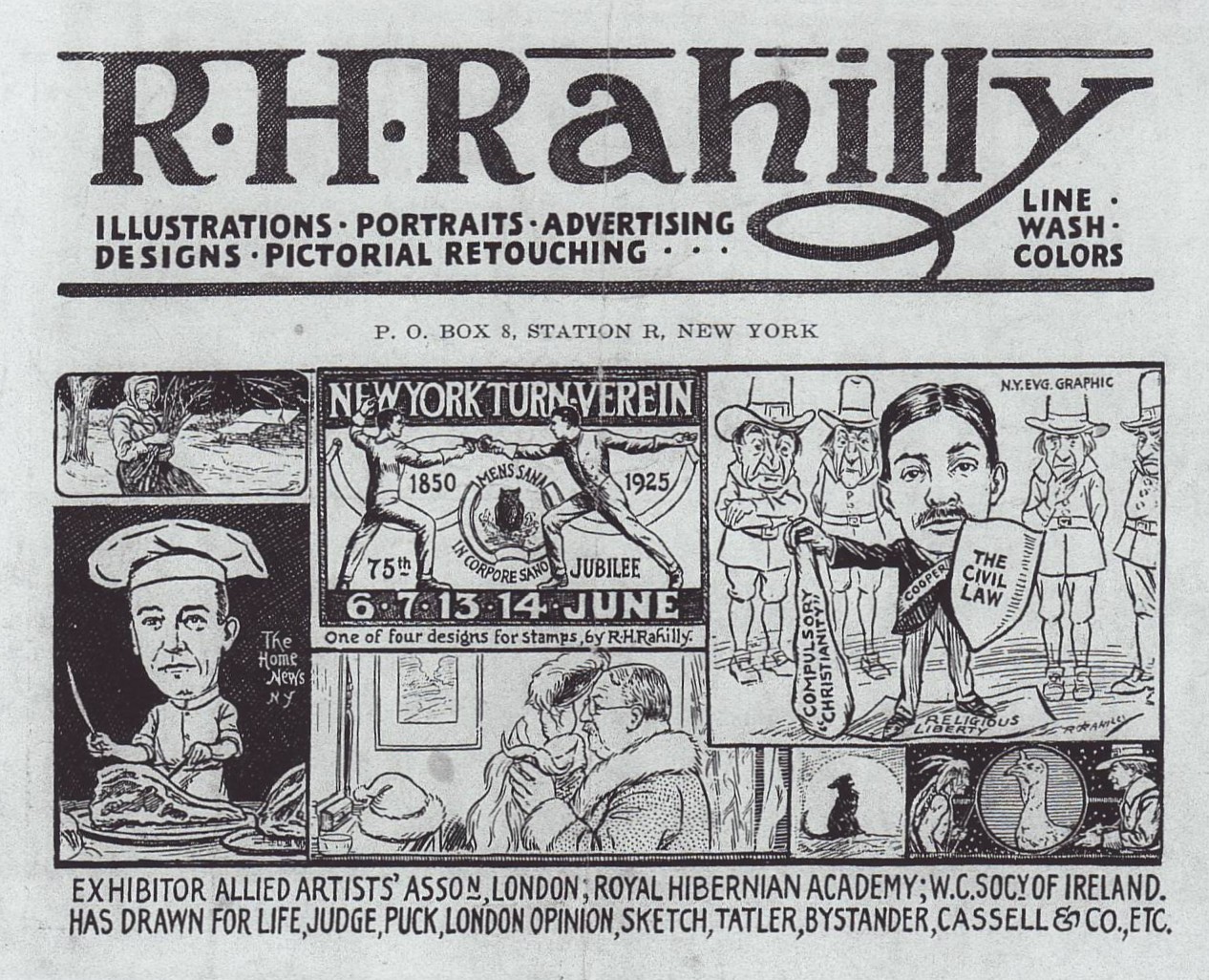 Page 4 of the booklet.
See larger.
Note his New York address.
One picture is for the New York "Turnverein" (gymnastics club) in 1925.
See p.5 and p.6.