Home Rule MP for Co.Kerry 1872-85:
Rowland served as Home Rule party MP for Co.Kerry 1872 to 1885.
His election in the Co.Kerry by-election of Feb 1872 was a breakthrough for the Home Rule party. He defeated James Arthur Dease (Liberal).
The 1872 by-election was in the last few months of election by open vote in Ireland. (Secret ballot introduced in Aug 1872.) Unbelievably, up to this point, tenants had to vote in full view of and risking the wrath of their landlords. Indeed landlords often treated their tenants as simple extensions of their own vote, and used their agents to round up the tenants for voting at election time.
It was a dramatic, hard-fought campaign. There were some riots. See letter of 20 Jan 1872 which says a priest was injured and died after a riot at Castleisland.
Letter of 6 Feb 1872 says nomination is 6 Feb and polling is 9 Feb. 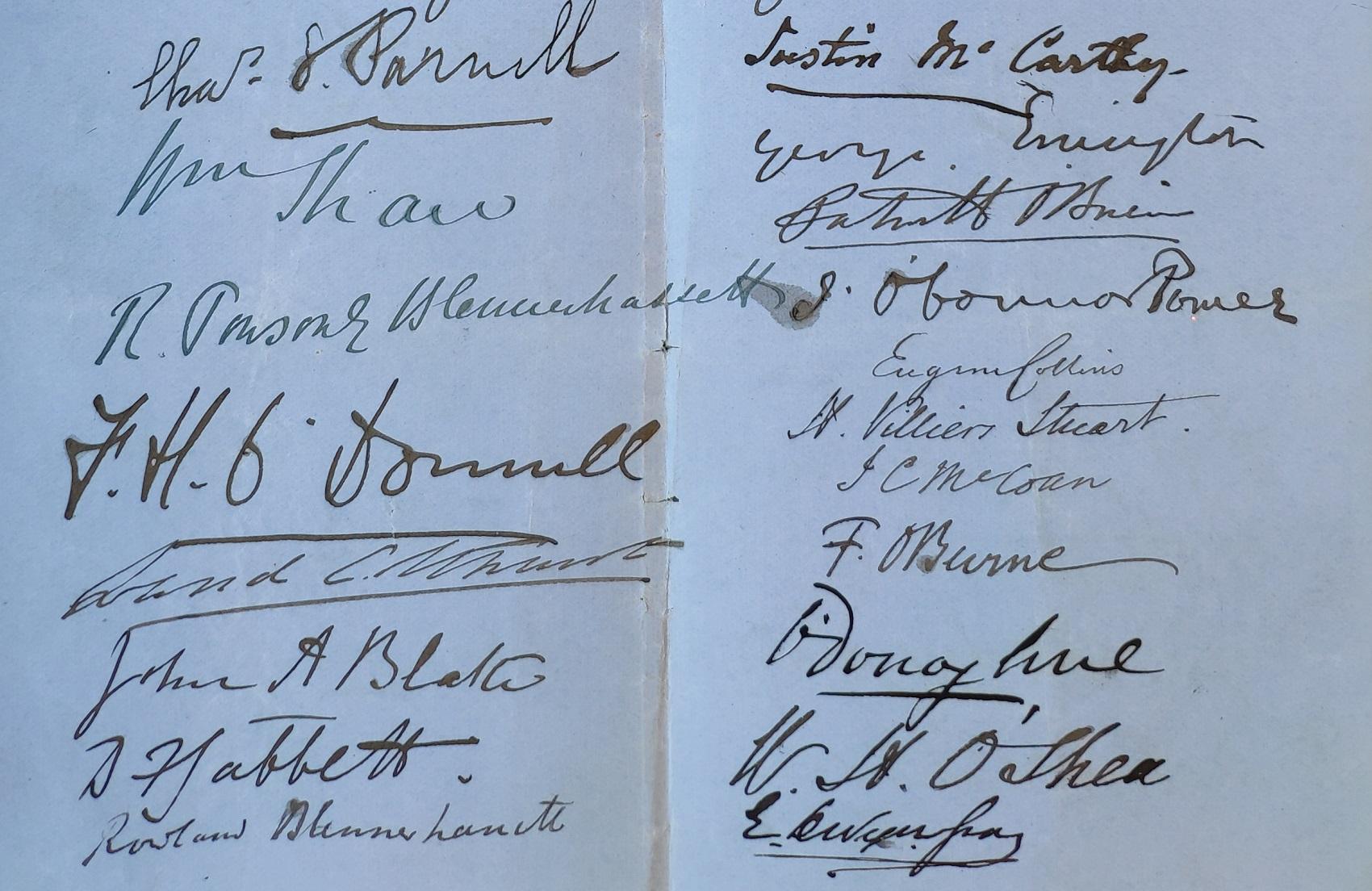 Rowland Ponsonby Blennerhassett (born 1850) was friends with Robert Barrett Browning ("Pen", born 1849).
They would have become friends when both went to Christ Church, Oxford.
Browning was son of the poets Robert Browning and Elizabeth Barrett Browning (died 1861). 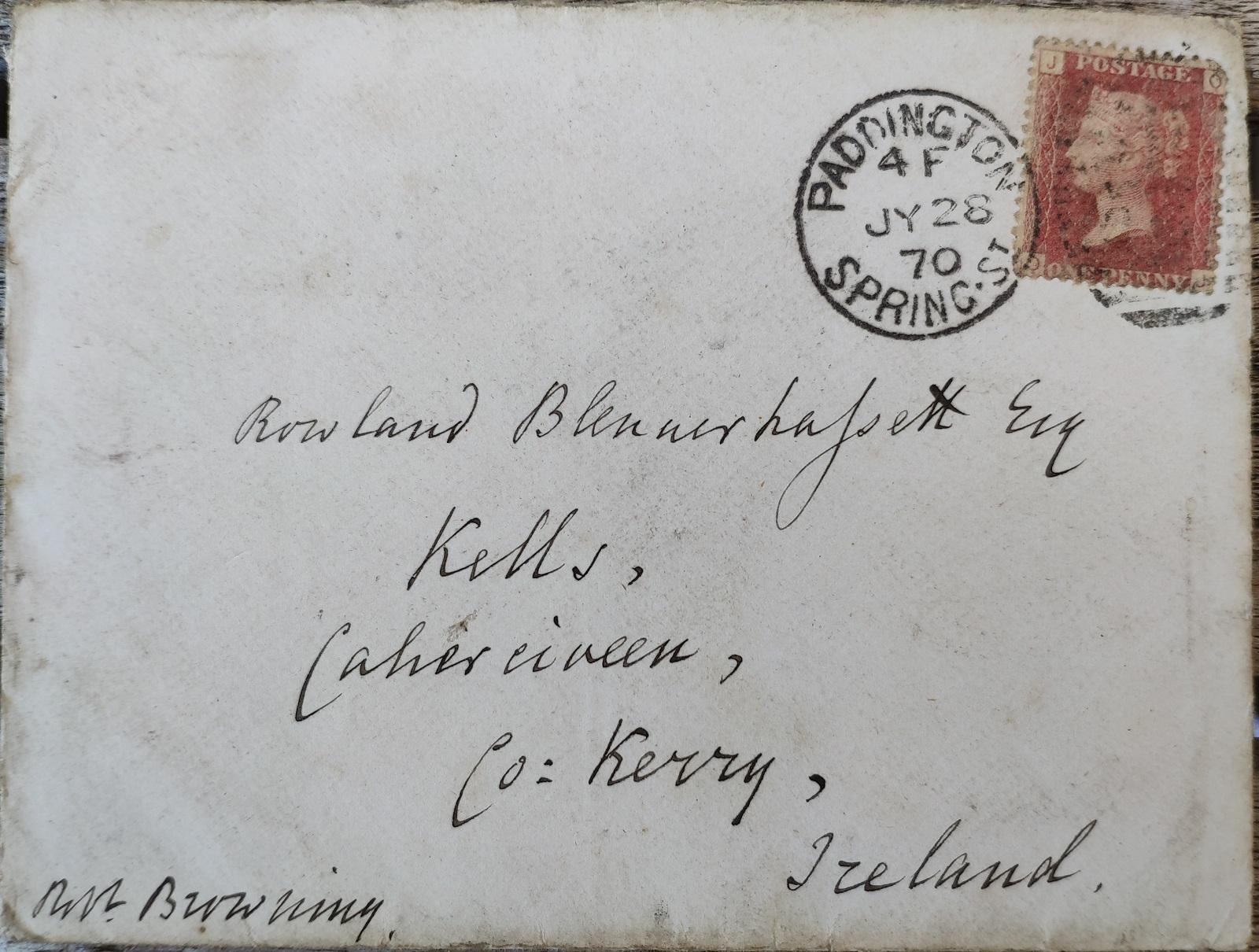 Letter dated 28 July 1870 from the poet Robert Browning (father of "Pen") to Rowland Ponsonby Blennerhassett (not yet an MP).
Found in Baronets papers.
See this envelope larger and full size. 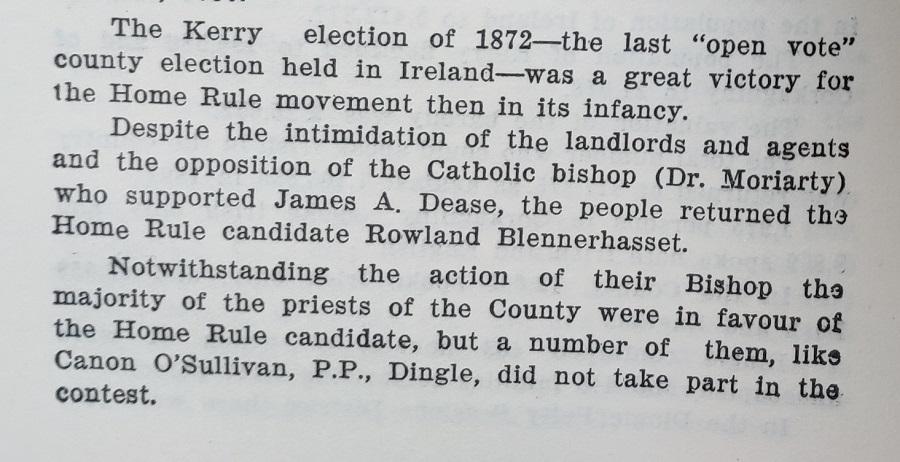 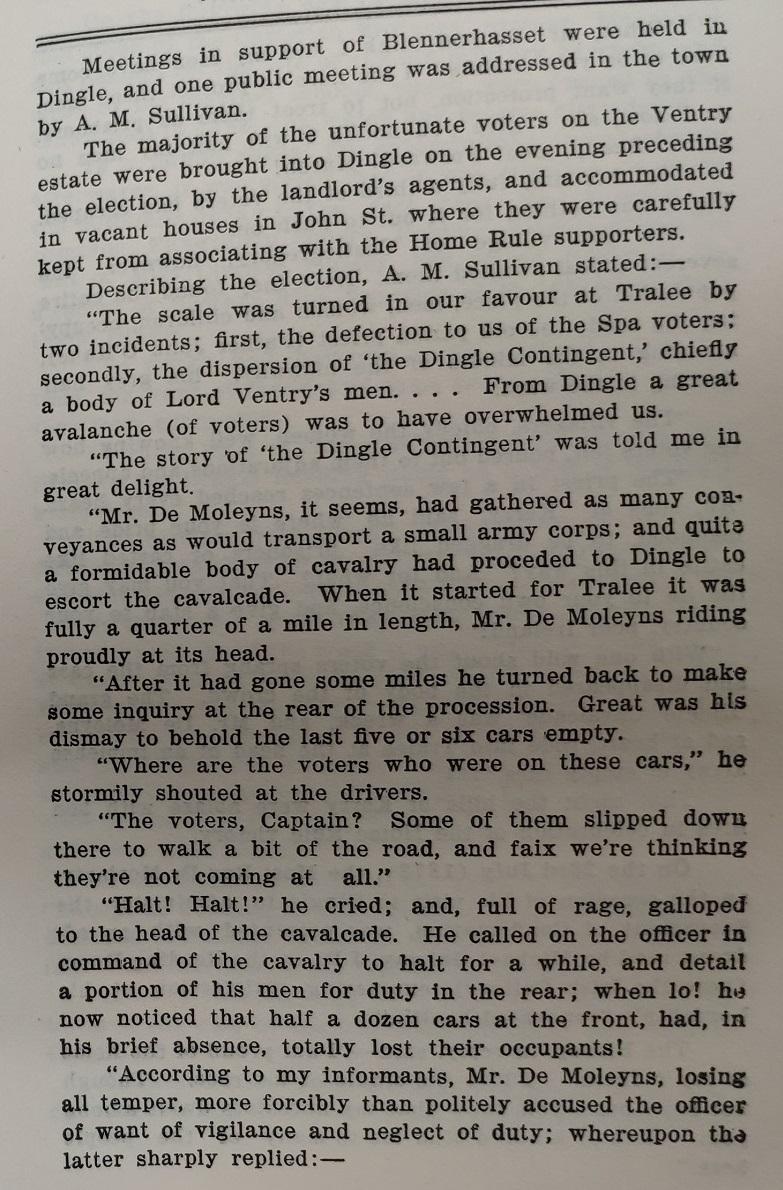 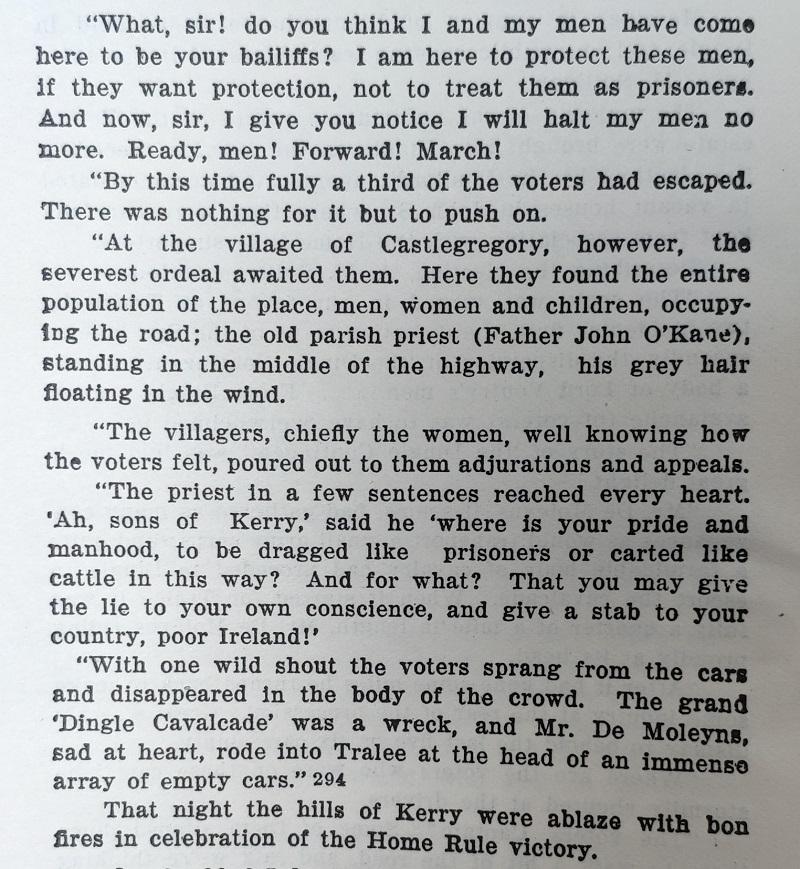 Extract from pp.234-236 of Romantic Hidden Kerry, by Thomas F. O'Sullivan, Tralee, 1931. [KCL] RR.
Tells the story of the 1872 election, where landlords rounded up their tenants to vote the way they wanted. Here the agent leads a procession of tenants towards Tralee, but the voters keep escaping.