District Councillor, Poor Law Guardian:
He was elected 1899 as a D.C. (District Councillor) of Rathkeale Rural District Council.
He was a Poor Law Guardian of the Rathkeale Poor Law Union.
They are listed at Grouse Lodge in [Census, 31 Mar 1901], they have 3 servants, he is "farmer".
He is described as D.C. at his brother Peter's death, Aug 1901.
He was at funeral of John Cussen 1902.
"J. Donovan, Grouse Lodge" is described as grand nephew of Margaret Nolan at her death 1903.
He provided the land to build the Carnegie Library at Kilcolman, c.1906-07 (near the church, see map). The library later closed, and the building was demolished in 1990.
They are listed at Boughilbo in 1911 census. This is Grouse Lodge (see map). He is farmer. They have 3 domestic and farm servants.
He contributed a large sum to the building of the new church at Kilcolman (opened 1913, see street view). He and his family were given a private front pew.
He served on committee of Ardagh Co-operative creamery 1916-20.
He retired as District Councillor 1920.
He did not approve of the violence of the War of Independence.
He was again on committee of Ardagh Co-operative creamery 1924-30.
He is listed as "farmer" at son's mar and dau's mar 1931.
He is listed as "farmer" at son's mar 1935. 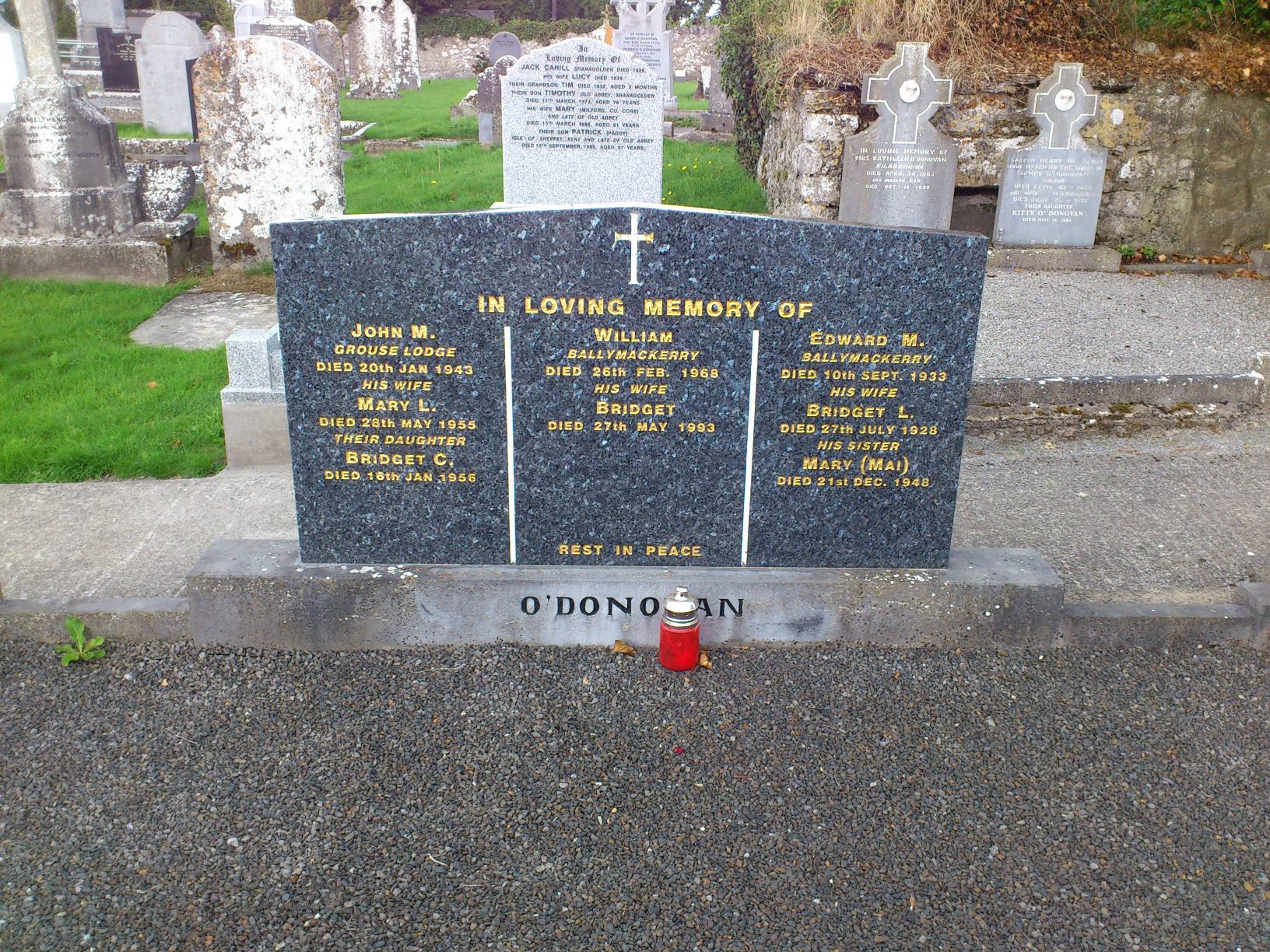