Discussion of the lost tomb of Garret Mor Fitzgerald, 8th Earl of Kildare (died 1513).
The tomb was in St.Mary's Chapel, Christ Church cathedral, Dublin.
From Page 22 of [Finlayson, 1878].
Contrary to what is said here, [Milne, 2000, p.105] says the dates of destruction of the monument and the chapel are uncertain. 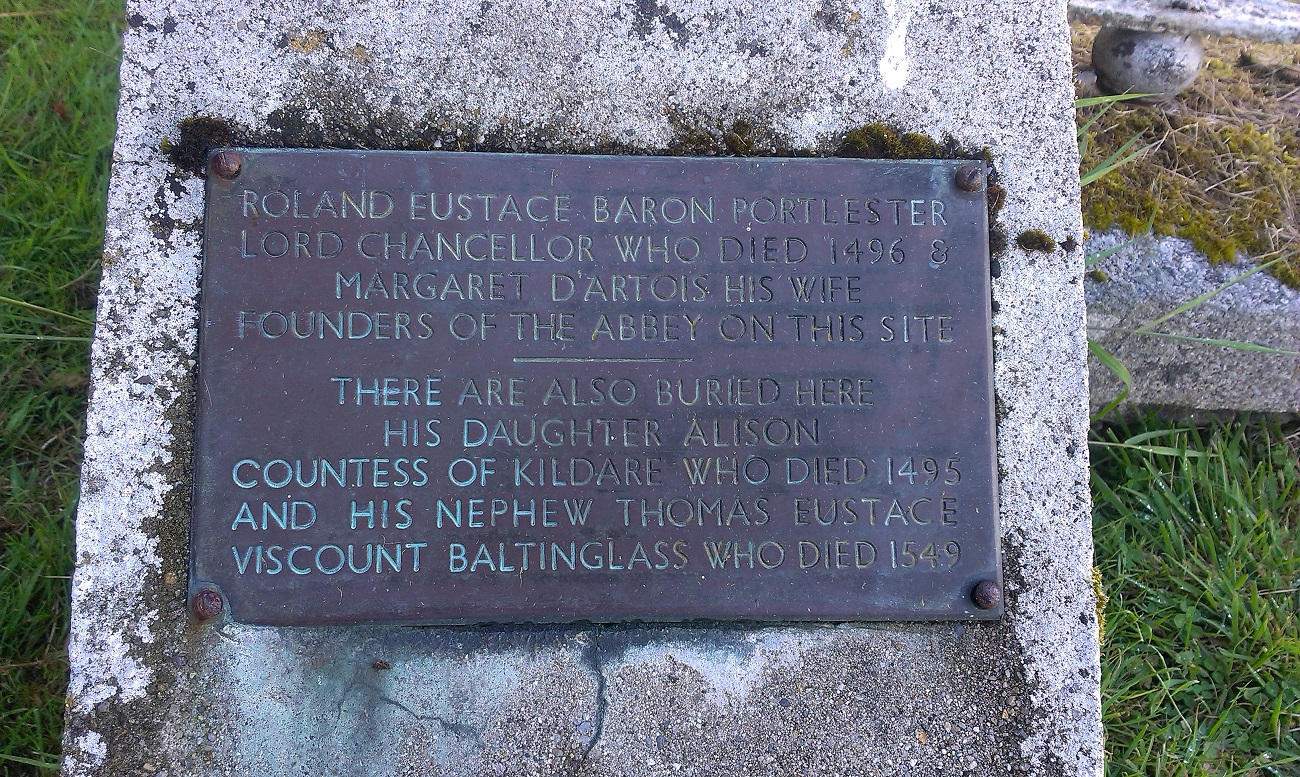 The "Door of Reconciliation"

Butler - FitzGerald dispute of 1492:
Despite the fact that his daughter was married to one of them (the future 8th Earl of Ormond) there was intense Fitzgerald rivalry with the Butlers. This came to a head in 1492 with a skirmish in Dublin between the 8th Earl of Kildare and James Butler, "Black James". Black James took refuge in the (now vanished) chapter house of St.Patrick's Cathedral, Dublin. The standoff ended when Kildare cut a hole in the door and stuck his hand through to offer a truce.

This is said to be the origin of the expression "to chance your arm", but there is no evidence for this. 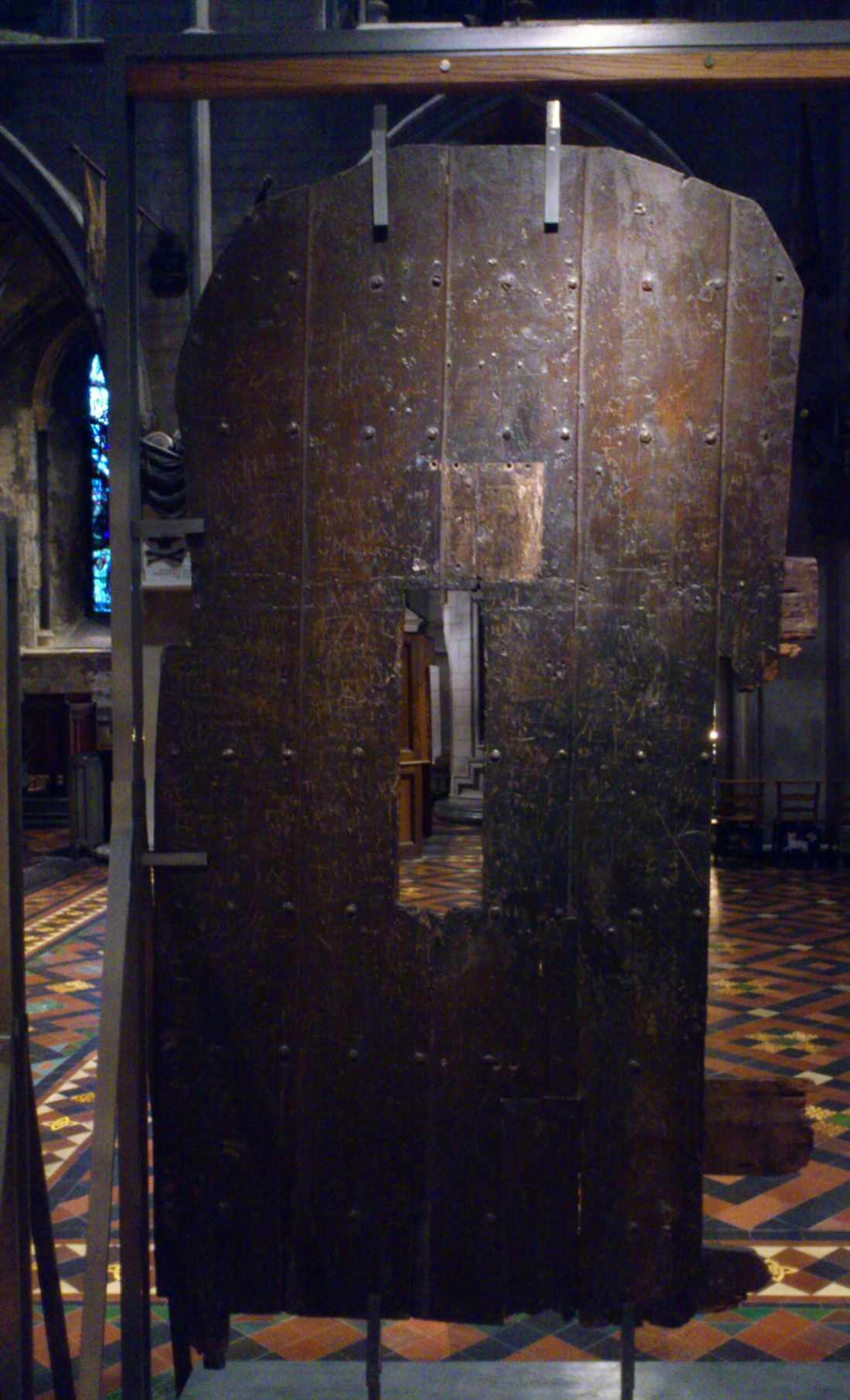 The famous "Door of Reconciliation" preserved in St. Patrick's Cathedral, through which the 8th Earl stuck his arm in 1492.
Photo 2013. See larger and full size.
See rear side.