A new "Dundrum Castle" house was built beside the old castle in the 18th century.
Austin Cooper visited in 1780 and said "The Castle of Dundrum ... is inhabited, and in excellent repair". But he must be referring to the new house, since he says: "at the N.E. end of it are the remains of a much older building than the present castle, which is visibly a modern addition ... There is but very little of this ancient part remaining". See [Ball and Hamilton, 1895].
The 18th century "Dundrum Castle" house was demolished c.1996. Think this is now the site of the "Dundrum Castle House" apartments.

The ruin of the medieval castle survives today.
SW of old Dundrum village.
This was on the W bank of the river. A field went down from the castle to the river.
The ruin is now on the W side of the bypass which follows the old river.
Access is restricted, behind locked gates of the apartment complex.

Part of the parish of Taney in the [Down Survey, 1655 to 1658]. E (sea) is up.
1st Viscount Fitzwilliam holds Owenstown (plot 4).
2nd Viscount Fitzwilliam holds Dundrum (plot 1) and Ballinteer (plot 2, not marked, but would be the lower-right (SW) part of the Dundrum plot).
Dundrum Castle is shown. Merrion Castle and the sea are visible in top left.
This is part of the larger map of Donnybrook and Taney. From TCD.

Dundrum Castle.
From 1829 to 1842 map.
The medieval castle is the building to the N centre.
To the SW is the 18th century "Dundrum Castle" house. 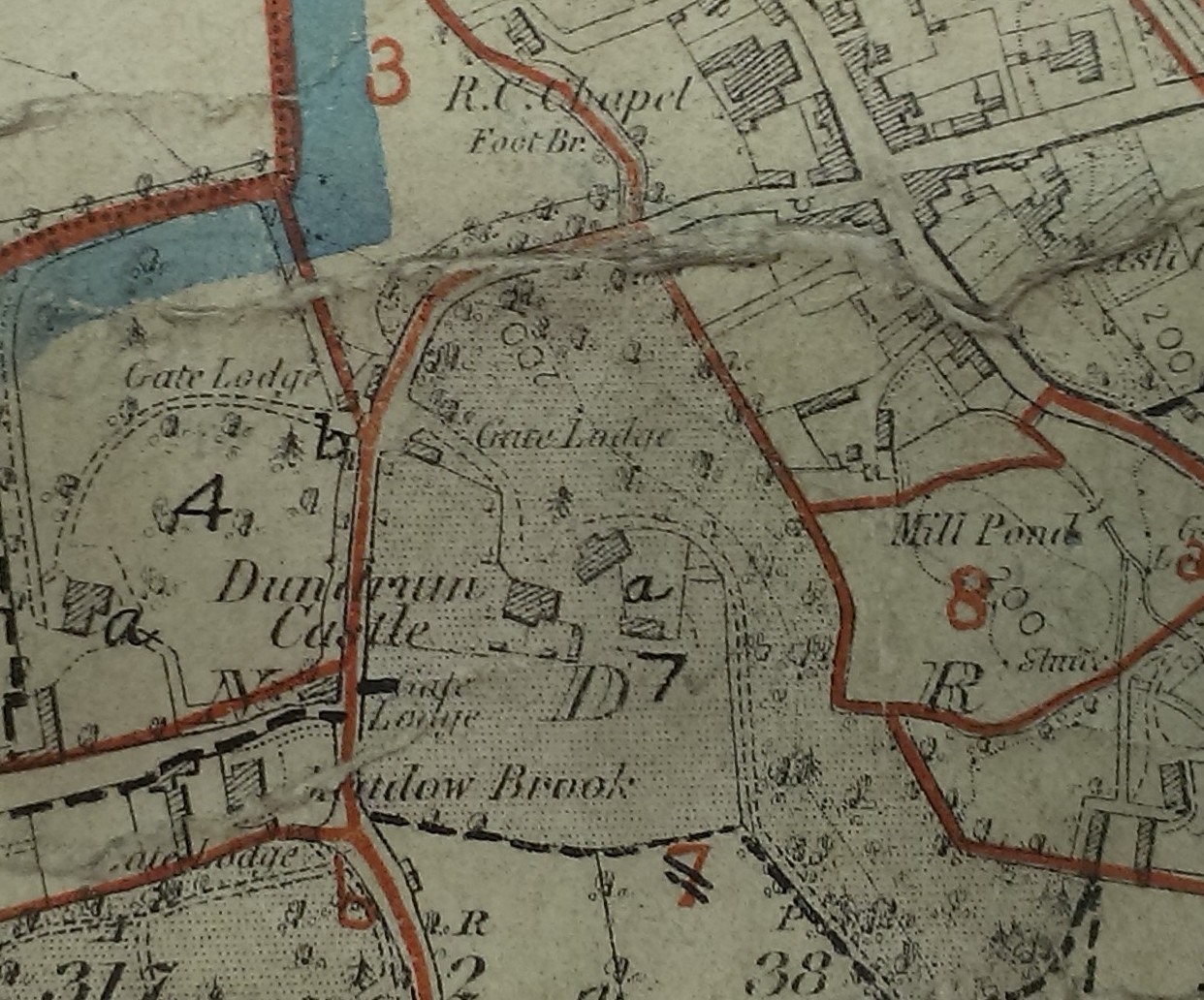 Modern street view of same location as 1802 picture above.
The bypass follows the line of the old river.
The bridge is on the site of the old bridge.
The castle is ahead to the RHS on the bank higher up.