6th Viscount.
Portrait c.1744 by William Hoare.
NOT by his son Prince Hoare (born 1755).
Used here with the kind permission of the Fitzwilliam Museum, Cambridge.


Richard Fitzwilliam, 6th Viscount Fitzwilliam (see here),
bapt 24th July 1711, Dublin.
Grew up at Mount Merrion, Co.Dublin.
His family moved to England around 1726-27.
He succ as Viscount when his father died 1743.
He inherited Mount Merrion, Co.Dublin.
He mar 3 May 1744 to Catherine Decker.
She was dau of Sir Matthew Decker, 1st (and only) Baronet, of Richmond, Surrey, by his wife Henrietta Watkins.
Sir Matthew Decker was a wealthy Dutch merchant. Many of the Dutch paintings in the Fitzwilliam Museum probably come from his collection.

6th Viscount was FRS 1747 and FSA 1748.
His father-in-law died 1749.
He lived in his father-in-law's grand house in Richmond Green, Richmond, Surrey.
He took his seat in the Irish House of Lords 1751,
Moves back to Ireland:
In apparently 1756 [Mount Merrion 300] he decided to live at Mount Merrion once more, and made alterations there.
He laid out Mount Merrion Ave and Cross Ave before 1757. They are both visible in Rocque's map of 1757.
He landscaped the Deer Park at Mount Merrion.

Catherine Decker.
Picture c.1744 by William Hoare.
NOT by his son Prince Hoare (born 1755).
Used here with the kind permission of the Fitzwilliam Museum, Cambridge.

The SE edge of Dublin city on John Rocque's map of Dublin, 1757.
See larger.
This captures Dublin just before the 6th Viscount Fitzwilliam started developing his Baggotrath estate in the open countryside to the E of Kildare House. 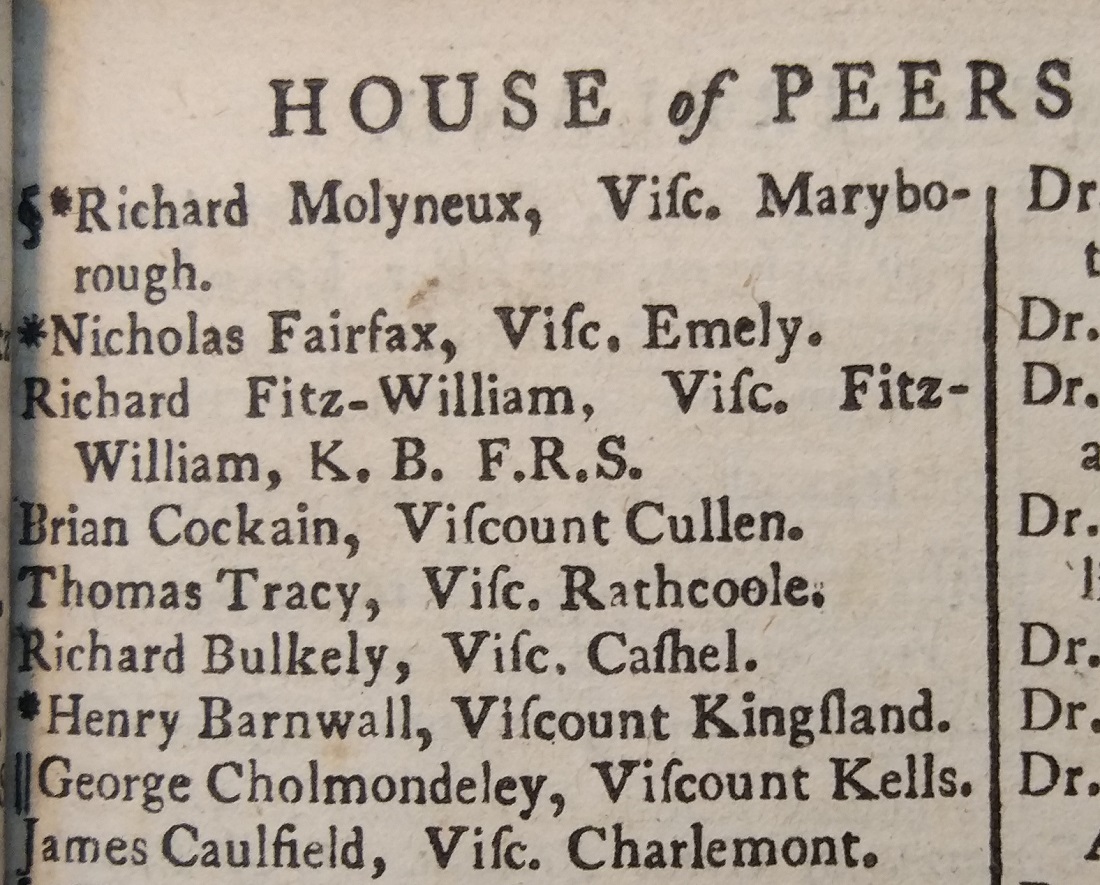 "What scenes superb, displayed on every side!
What native dignity and rural pride!
Slow from the bay exalted Merion swells,
And the luxuriant Richmond far excels;
Art's rich embroidery glistens o'er her plains,
Simple and great, here various nature reigns."
- From "Phoenix Park", a poem by John Leslie, published in London, 1772. Original in [NLI] LO 5221.
The poem is a general celebration of the vista of Dublin.
He is comparing Mount Merrion favourably to the Fitzwilliams' English seat at Richmond.