The Pembroke Estate of Dublin city 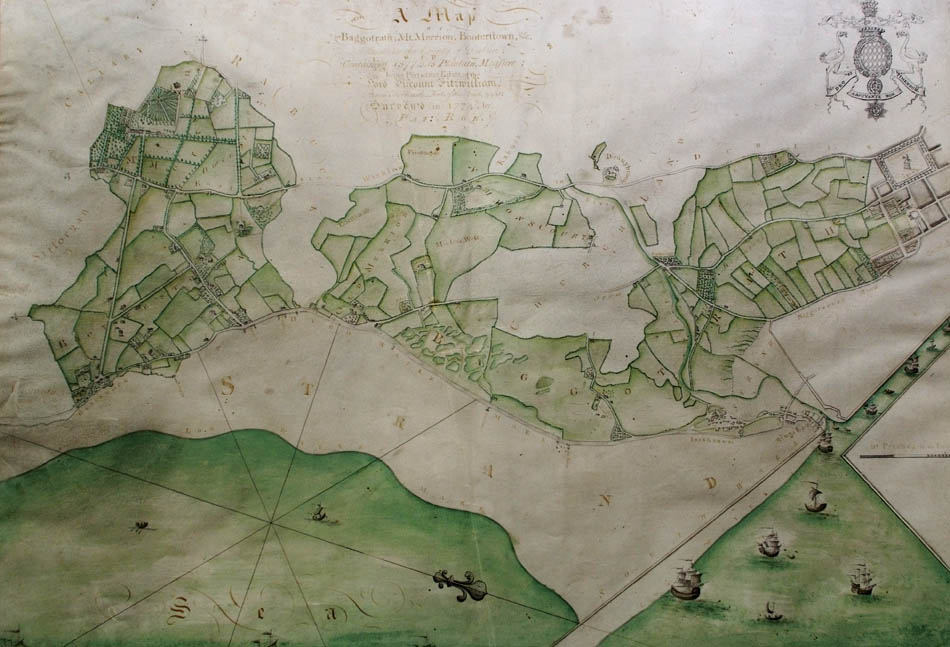 The vast estates of the Fitzwilliam family began accumulating on the South side of Dublin city in the mid-1300s.
Over the centuries they accumulated the lands, among others, of: It was the 6th Viscount Fitzwilliam (succ 1743) who began the massive development of the area, starting in the 1750s, which soon turned it into Dublin's (indeed Ireland's) most desirable area.
This was continued by the 7th Viscount Fitzwilliam.

The 7th Viscount Fitzwilliam left the vast Fitzwilliam estate to his relative the 11th Earl of Pembroke in 1816.
It thereafter became known as the "Pembroke" Estate.
The Earls of Pembroke continued the development of the area.
The estate still exists in some form, though much reduced in size.
See the current Earl of Pembroke.

These vast estates extended through SE Co.Dublin from Merrion Square in town along the coast through Merrion out to Blackrock, inland through Mount Merrion to Dundrum and beyond to the Dublin mountains.
It was the largest family-owned estate in County Dublin, and an absolute goldmine as the city exploded southwards from the late 18th century onwards. Indeed cumulatively it was probably the most valuable estate in Ireland, and is still the premium location in Dublin today.
Given that the total value of all real estate in Ireland today is over € 500 billion, the value of all property on the Pembroke estate today would be well over € 10 billion.

The Pembroke Estate of Dublin city covered much of the area above on modern map.
Click to toggle map/satellite view. Click to zoom in/out. Drag to move.
From Google Maps.
See close-ups of Merrion Square and Fitzwilliam Square and Herbert Park.

The SE edge of Dublin city on John Rocque's map of Dublin, 1757.
See larger.
St.Stephen's Green is still at edge of countryside.
Kildare House is about to begin a trend for the SE of the city.
E of that is Fitzwilliam land, the lands of Baggotrath Castle.
The huge Fitzwilliam development of the area is about to begin.

The city end of Pat Roe's 1774 map of the Fitzwilliam estate.
Rotated so N is up. Stephen's Green visible on left. Compare with modern map of Dublin.
Shows that the Fitzwilliam lands of Baggotrath were the entire area between Grand Canal St / Shelbourne Rd (top) and Leeson St / Donnybrook road (bottom).
The road in the middle is Baggot St / Pembroke Rd.
Mount St / Northumberland Rd does not yet exist. 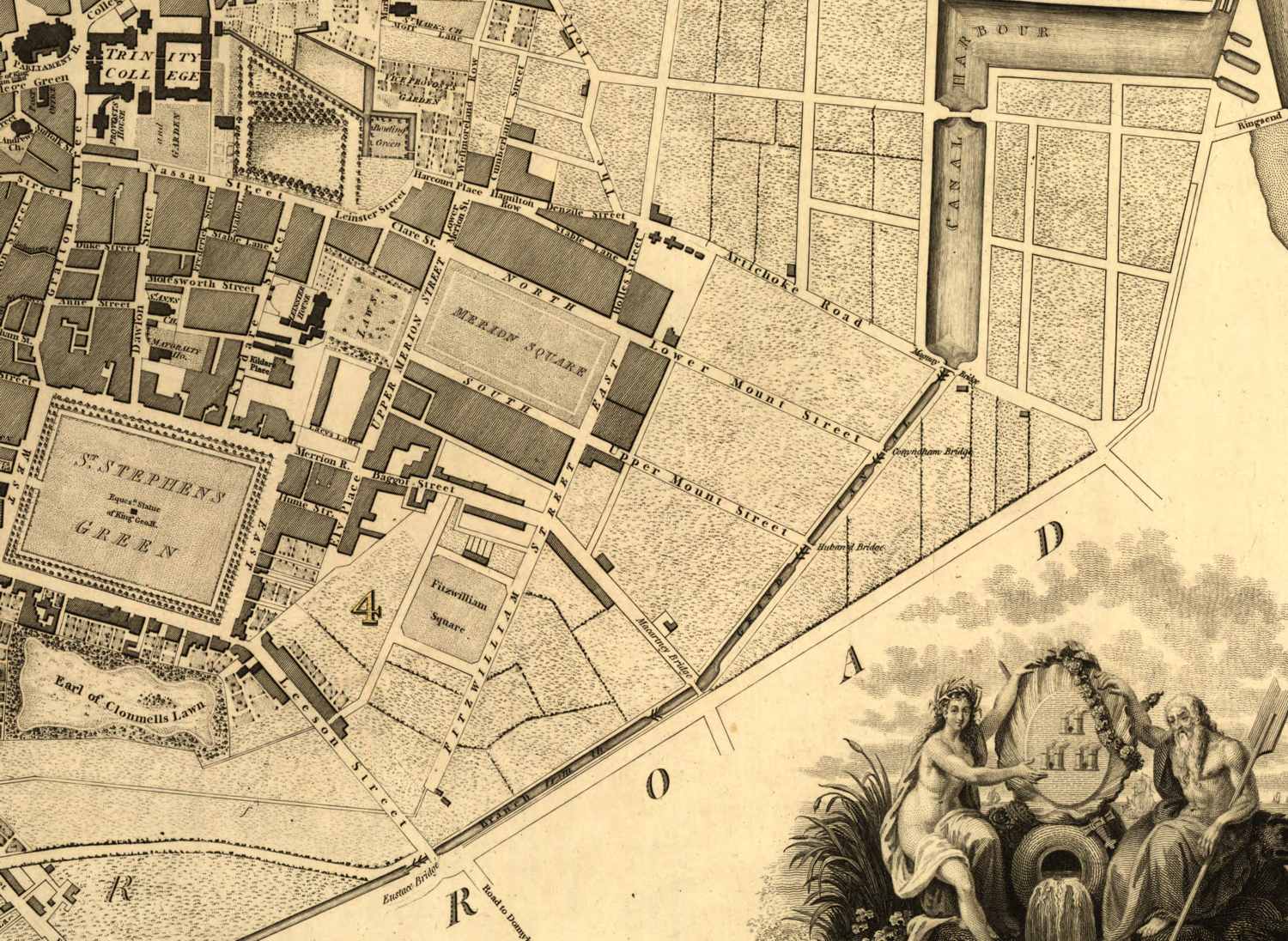 The Fitzwilliam estate on 1797 map of Dublin.
See larger. 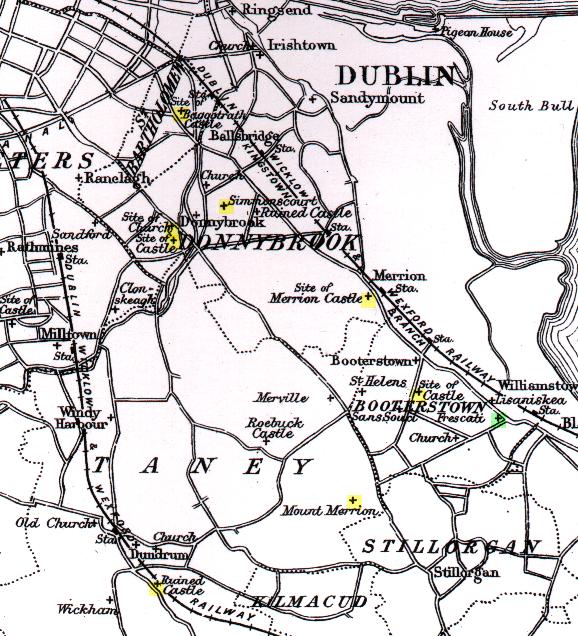 "I can understand that the consortium of belted earls and their ladies and left-wing intellectuals who can afford the time to stand and contemplate in ecstasy the unparalleled man-made beauty of the two corners of Hume Street and St. Stephen's Green may well feel that the amateurish efforts of Mother Nature in the Wicklow Mountains are unworthy of their attention."
- Kevin Boland, Minister for Local Government, defending the destruction of many of the buildings of Georgian Dublin, 1970.
Also expressing an official line of dislike of much of Ireland's actual surviving architecture, and a harking back to rural nature and a perhaps imaginary Celtic past.