Philip Herbert, 5th Earl of Pembroke.
From the original by Van Dyck, think 1635-36 (5th Earl age 14-15, had just become the heir, after the death of his older brother).
This is a copy made around the late 19th century by his descendants the Marquesses of Bute.
Now at Castell Coch.
See larger and full size. From Wikimedia Commons.

Philip Herbert, 5th Earl of Pembroke
and 2nd Earl of Montgomery,
bapt 21 Feb 1621.
See wikipedia and thepeerage.
At his birth his father was Earl of Montgomery.
In 1630 his father succ as Earl of Pembroke.
He was educ Exeter College, Oxford. Matric 20 Apr 1632 (age 11).
See him as a boy in the famous group portrait of 4th Earl and family (about 1634-1635) in the Double Cube Room, Wilton.
In 1636 his older brother died and he became Lord Herbert, heir apparent.
He mar 1stly, 28 Mar 1639, to Penelope Naunton [born 1620].
He took the side of Parliament in the Civil War (started 1642).
Penelope never became the Countess of Pembroke or Countess of Montgomery.
She died at Westminster, 1647, age 27 yrs.
He had issue by 1st wife:

Philip mar 2ndly, 1649, to Catherine Villiers.
He succ as 5th Earl of Pembroke in 1650.
Seat at Wilton House.
About June 1658, Catherine exhibited a petition against the Earl to the Commissioners of the Great Seal, accusing him of "unkindness, violence and cruelty", and seeking an order for maintenance. The Commissioners decided in her favour. The Earl appealed this decision in July 1659. See [Complete Peerage].
He was the founding chairman of the Royal African Company, incorporated on 18 December 1660. This became the main British slave-trading company.
He rented Durham House, the Strand, London. He planned to build a fine London town house there. But this did not happen.
In March 1669 [new style] he entertained Cosimo de' Medici, Prince of Tuscany (later Cosimo III de' Medici, Grand Duke of Tuscany) at Wilton House.

5th Earl of Pembroke.
Engraving by Pierre Lombart, c.1660-63, based on portrait by Van Dyck of think 1635-36.
From NPG. See terms of use.
See more copies at NPG.
See also Fitzwilliam Museum, Cambridge.

5th Earl's 1st wife Penelope Naunton.
Engraving by Pierre Lombart, c.1660-63, based on earlier portrait by Van Dyck.
Used with the kind permission of the Fitzwilliam Museum, Cambridge.
See more portraits of her in Royal Collection.

The 5th Earl appears in the diary of Samuel Pepys.
See his biography in hyperlinked diary
See entries. 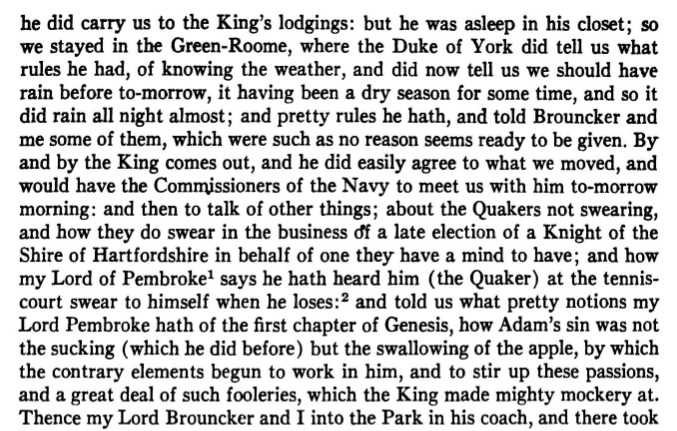 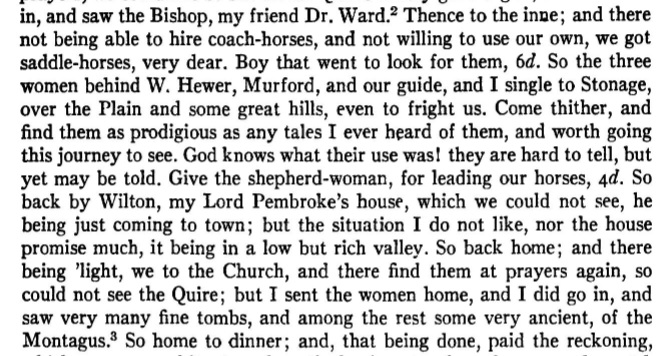