Susan dies, 1629:
Susan was bur 1 Feb 1629 [new style year] with her mother in Cecil tomb at Westminster Abbey, age 41 yrs.
She never became the Countess of Pembroke. She was the Countess of Montgomery.

See the famous group portrait of 4th Earl and family (about 1634-1635) in the Double Cube Room, Wilton.
As Earl of Pembroke, he employed Inigo Jones to spectacularly rebuild Wilton House, starting 1635.
He laid out formal gardens at Wilton in the 1630s, to the S of the house, on both the near and far banks of the river.
He planted the Cedars of Lebanon in the grounds in the 1630s.
There is a family bible dated 1638.
He was Chancellor of Oxford University 1641-1643 and 1648-1650.
Wilton was described by Charles I [executed 1649] as "One of the loveliest Houses in England".
Much of Wilton House was destroyed in a fire about 1647. It is thought that all earlier family papers were lost in this fire.
The 4th Earl carried on building.
Neither the 4th Earl nor Inigo Jones [died 1652] lived to see the completion of the work in 1653. 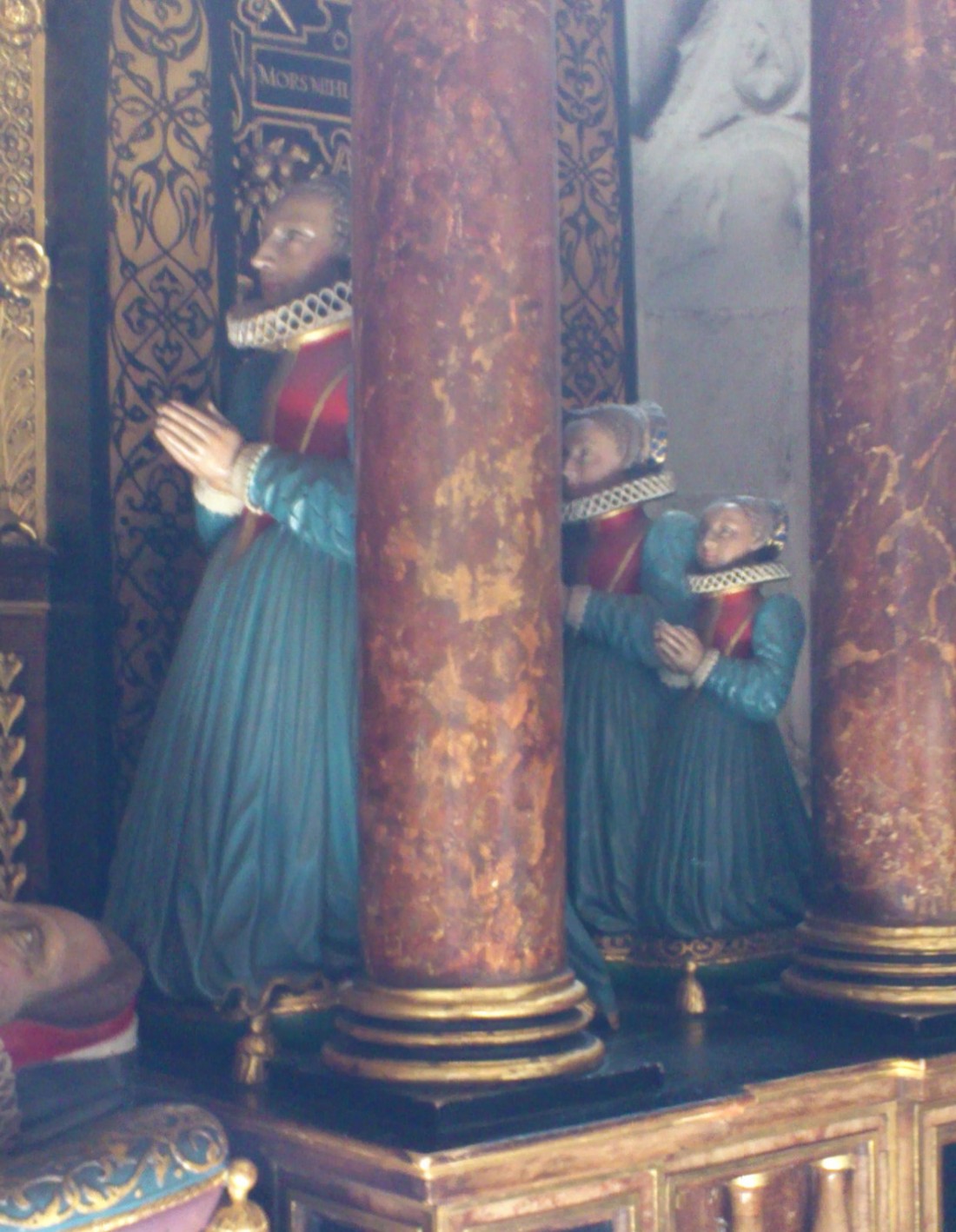 The three girls on the Cecil tomb at Westminster Abbey are the three surviving daughters of Anne Cecil (Elizabeth, Bridget and Susan de Vere).
Susan de Vere is the youngest (on far right).
Photo 2012. See full size and other shot. 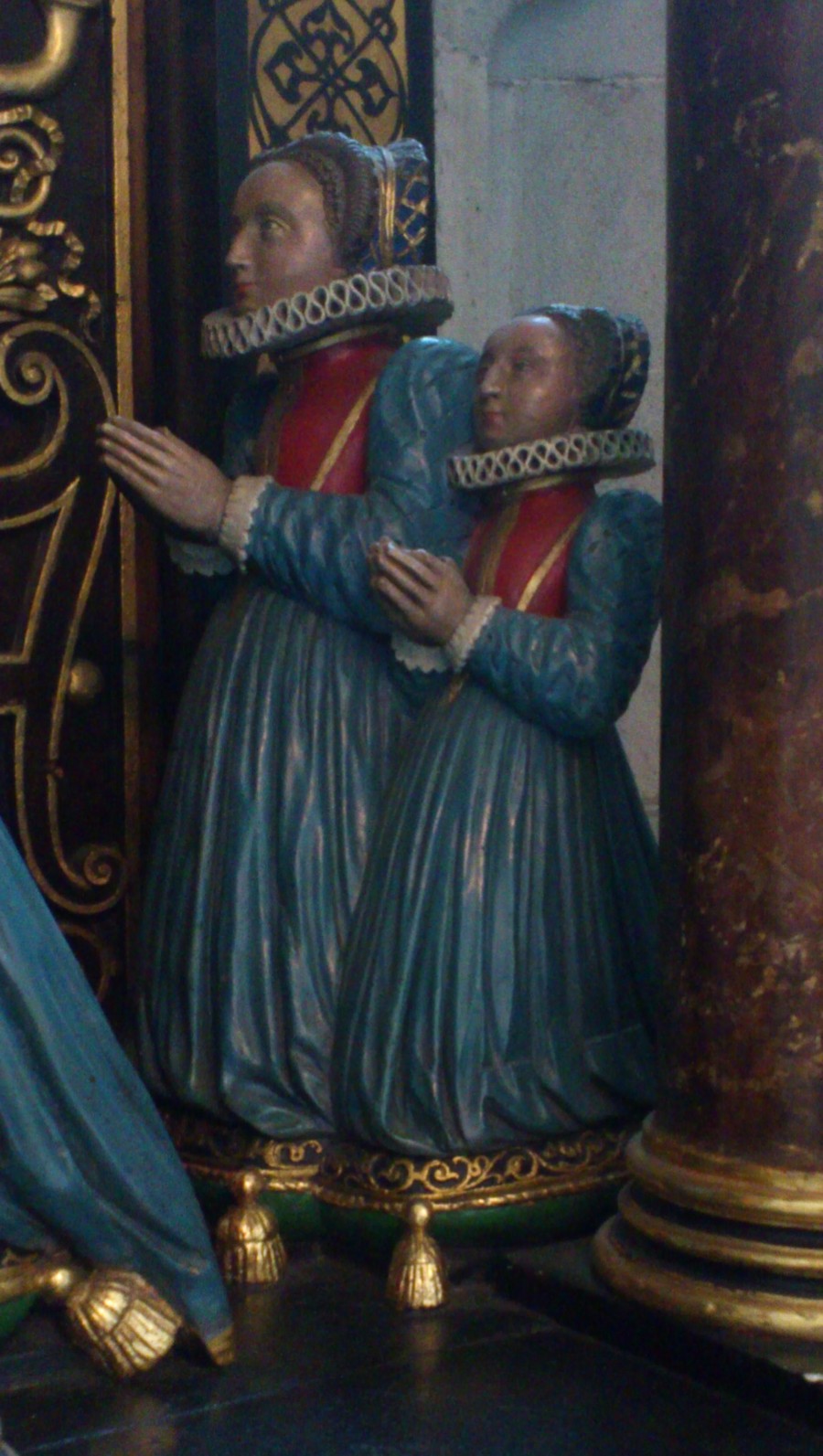 The formal gardens at Wilton

The now vanished formal gardens at Wilton House were laid out by the 4th Earl in the 1630s.
Designed by Isaac de Caus.
These were to the S of the house, on both the near and far banks of the river.
Later replaced by landscaped gardens by 9th Earl.

Design for the formal gardens at Wilton House.
Made for the 4th Earl by Isaac de Caus, c.1640.
Note the river flows through the middle.
See full size. From The Met.

Wilton House, showing the formal gardens to the S of the house (left here).
From a 1725 view.
See full size.

The Herbert family had a number of connections with William Shakespeare.

The Herbert family also had a number of connections with Edward de Vere, 17th Earl of Oxford.
Some fringe people have claimed Oxford is the real Shakespeare. (Most professional historians and academics reject this theory.)
But it is interesting that the Herberts have links to both.

The First Folio edition of Shakespeare's plays (published posthumously 1623) is dedicated to the 3rd and 4th Earls of Pembroke.
From here. See also p.2.
See many more images.