The 9th Earl had obtained a lease in 1717.
The site was formerly part of the great Palace of Whitehall which burned down in 1698.
Pembroke House had its own entrance lodge on the W (inland) side.
The back (E side) looked directly onto the River Thames.
See Location of Pembroke House.

The Victoria Embankment was built 1865 to 1870 out into the river, and there was now more land at the back (to the E of) Pembroke House. This was laid out as a garden.

Pembroke House was demolished 1938, but parts of it were saved.
The site is now the massive Ministry of Defence building (built in phases 1939-59).
The Ministry of Defence is an unusual building that has preserved inside it some of the former architecture of the site, including the 1514-16 wine cellar from the Palace of Whitehall.
The Ministry of Defence also preserves inside it 4 rooms saved from Pembroke House,
[Bradley and Pevsner, 2005] details these 4 rooms. They are "within the courtyard spaces on the third and fourth floors" and were "reassembled from parts stored in 1936". These rooms are called:

The balustrade of Pembroke House (presumably the rooftop one) was saved and is now at Queen's House, Greenwich. 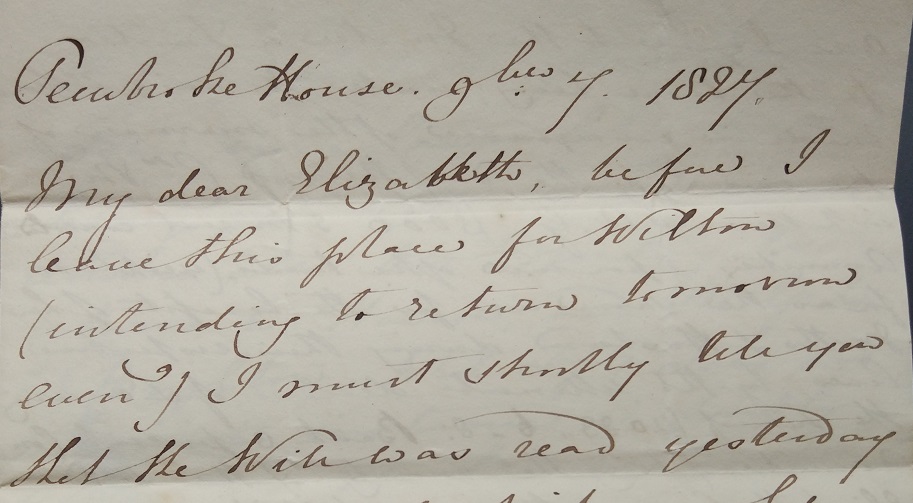 Extract from Letter of Nov 1827 from Rev. George Augustus Montgomery to his sister Elizabeth, written from Pembroke House just after the death of their uncle the 11th Earl of Pembroke.
See full size.