Rev. George Augustus Montgomery,
Church of England cleric,
born 7 Nov 1793.
His father, who was the natural son of the 10th Earl of Pembroke, died in Feb 1797 when George was age 3.
He and his sister Elizabeth were supported by their uncle the 11th Earl of Pembroke who paid for them. They may have grown up largely at his houses, Wilton House, Wiltshire, and Pembroke House, London, or at least regularly stayed there.
The account books of 11th Earl, detailed in [Thomas, 2009], show George and Elizabeth more or less grew up with Robert Herbert (future 12th Earl) and his sister. Numerous payments for all their daily needs, trips and education.

Rector of Bishopstone, Wiltshire, 1821-42:
He was Rector of Bishopstone, Wiltshire (near Salisbury and Wilton) from 1821 [plaque at church] until his death 1842.
His uncle the 11th Earl of Pembroke gave him this position. (The Earls of Pembroke had the gift of the living for this parish.)
He is listed at Bishopstone at Deed of gift from Sir Alured Clarke in June 1822.
He was known as "George", e.g. see Aug 1822 letter from his uncle the 11th Earl of Pembroke: "I must say that George has a great deal of merit and promises to make a very good parish priest. He has an unhappy flock to deal with, an ill-built house, and like everybody else a diminishing income, but I perceive in him qualities which I think will enable him to cope with all difficulties and to enjoy all advantages."
He built new rectory at Bishopstone, and also built the church porch.

He mar 26 June 1827 to Cecilia Markham [born 27 Oct 1792, descendant of Edward I]. No issue.
His uncle the 11th Earl of Pembroke died at the Pembroke town house, Pembroke House, London, on 26 Oct 1827.
See Letter of 7 Nov 1827 that George wrote to his sister Elizabeth from Pembroke House.
He says he is going to Wilton: "before I leave this place for Wilton ... The Dowager is beginning to recover from her severe shock. Cecilia and myself go there next week for some time".
The 11th Earl left him £9,000 in his will. See extract. From Gibbon papers.

Prebendary of Ruscombe Southbury, 1828-42:
From 3 Feb 1828 [Fasti Ecclesiae Anglicanae] until his death 1842 he held the ancient title of "Prebendary of Ruscombe Southbury" at nearby Salisbury Cathedral (sometimes referred to as "the Cathedral Church of Sarum").
For definition of "Prebendary" see here and here.
His gravestone at Bishopstone church also lists him as "Rural Dean of Wilton" [this means he was a supervisor of the clergy in Wilton parish].
His will dated 13 June 1835. Two codicils 4 Apr 1837.
He left money to build a school in Bishopstone, and money to repair the church.
The school was actually built during his life, i.e. 1837-1842.
He was Rector of Bishopstone, living Bishopstone, at death 1842.

Cecilia lived on for decades.
[Letter from 16th Earl] says Cecilia was a great friend of Lady Herbert of Lea (who married into the Herbert family in 1846) and also of Florence Nightingale (friend of the Herbert family after 1847).
She lived at Nunton House, Nunton, S of Salisbury, Wiltshire.
Letter of 13 Nov 1851 says Cecilia is at Nunton House.
Cecilia writes letter of 13 Jan 1855 from Northerwood, Lyndhurst, Hampshire. This was her late stepfather John Pulteney's house.
She wrote letter of 15 May 1856 from Nunton House to her nephew Arthur Augustus Gibbon.
Cecilia's will dated 14 Apr 1866, codicil 20 Nov 1868. 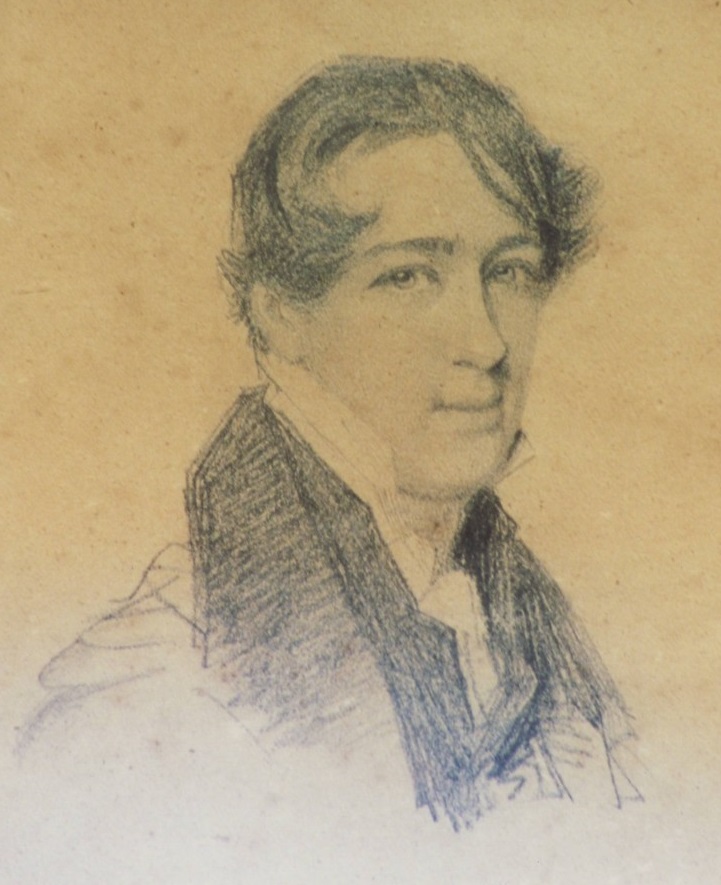 
Death of Rev. George Augustus Montgomery.
From pp.433-434 of The Gentleman's Magazine, vol.XIX, Jan-June 1843.
Interesting that his father is only "supposed to be" of the family of Herbert.