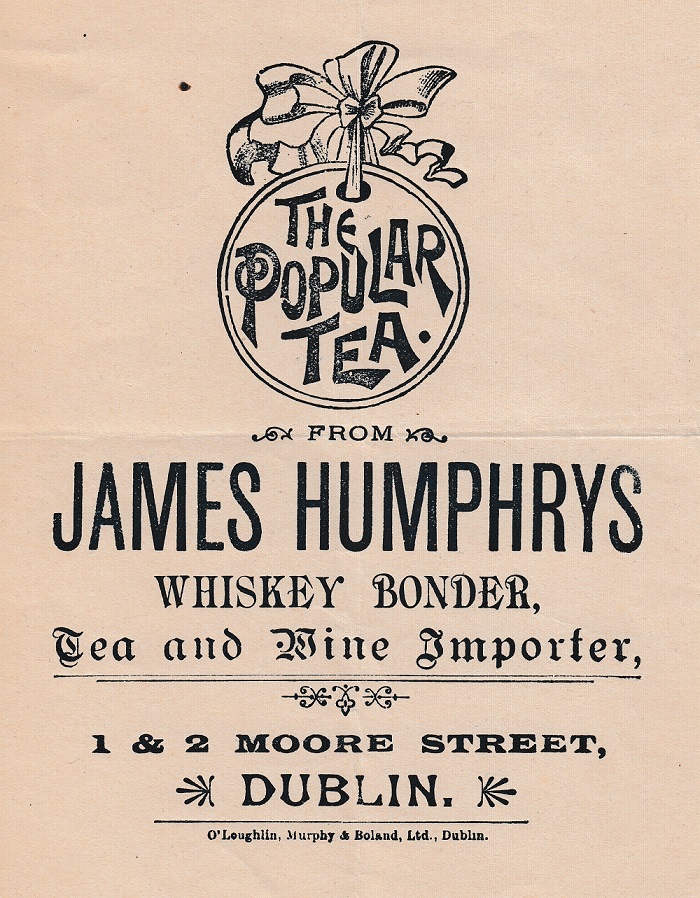 Jim Humphrys,
James, born Co.Limerick, bapt 30th Jan 1879.
In 1901 census he is staying with his uncle Mick Humphrys at his pub in Dublin, listed as "assistant" (apprentice in the pub business), unmarried.
He did pub apprenticeship with Tim Lloyd.

The pub on Moore St, Dublin, was formerly Butler's pub, 1 and 2 Moore St.
"Michael Humphrys" (probably Jim's uncle Mick) sp the baptism of the son of Patrick Butler of 2 Moore St in 1894.
See Patrick Butler and family listed there in 1901 census.
Still listed as Butler's pub in [Thom's, 1905].

Butler's pub, Moore St, is mentioned in the story "Grace" in Joyce's Dubliners.
This was published 1914 (by which time the pub had already become Humphrys' pub).
From p.204 in online copy of Dubliners.

Moore St, 1972, looking N, showing edge of Madigan's pub on the RHS.
From here in 1972 visit to Ireland by "ColleenM". Used with permission.