Her father was stationed at Rotterdam in 1746. (Note that when she eloped in 1762, they eloped to the Low Countries, perhaps where she had been as a child.)
She grew up Waverley Abbey House, Surrey (after 1747).
Her mother died pre-1749.

There is a portrait of her at Wilton House, showing her dressed as a boy groom holding a horse.
This has led to her being described as the Earl of Pembroke's "stable girl", but this is NOT true.
She was the daughter of an MP and Lord of the Admiralty, of the family who were lords of the manor of Croyland. She had affairs with two Earls, and still married an officer afterwards. She had her portrait painted many times.
Think she used visit Wilton undercover, possibly using the Wilton Riding School as cover, but she did not work there.
Think they met socially. Their families knew each other.
The Longleat guide book describes her as "an actress", but this also is surely wrong.
She is described as "a young woman of fashion" in [Letters, 1762].

She had an affair in 1762 with the married Henry Herbert, 10th Earl of Pembroke [born 1734, descendant of Edward III] and had issue.

See The elopement of the 10th Earl and Kitty Hunter.
They eloped in Feb 1762. Henry was soon recalled to the Army. Kitty gave birth in Nov 1762.
Henry returned to his wife in March 1763. But he provided for their child.
And he provided Kitty with an allowance from 1763 until 1790. See notes.

Kitty had another affair in 1763 with the married (but separated) Augustus Hervey, later the 3rd Earl of Bristol [born 1724, descendant of Henry VII] and had issue.

Kitty Hunter.
Engraving 1865 by Robert B. Parkes of an earlier portrait by Sir Joshua Reynolds.
She is holding a mask. The story is that this is an allusion to the masked ball from which she eloped with Pembroke in 1762.
Raymond Crawfurd thinks original portrait is date 1768.
From NPG.
See larger and full size.

This is meant to be Kitty Hunter in 1780 (age 40). Though looks very old.
Portrait by Nathaniel Hone the Elder.
Hangs at Ickworth House.
From National Trust.
Also here and here.

This is apparently the picture in a 1908 list of portraits at Ickworth.
From p.229 of [Farrer, 1908].
"H.L." means half-length figure. "M" means medium size.
It was then unlabelled, which is interesting. How do we know it is Kitty? It looks too old to be her.

Close-up of the miniature she is holding, rotated.


In the North Forecourt of Wilton House.
Now the visitors centre. 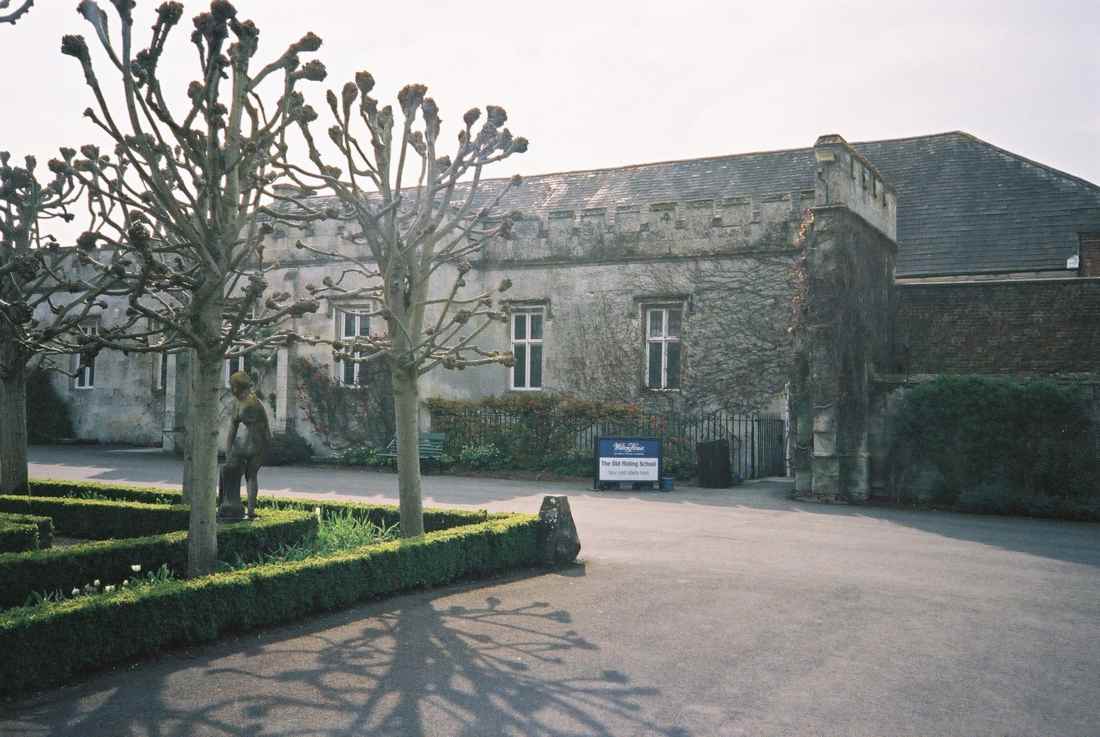