He began his military career 1688 when a guard was formed to protect the future Queen Anne as the rift began with her father James II.
He was appointed aide-major, 19th Apr 1689, in the regiment of dragoons raised by Henry Erskine, 3rd Lord Cardross, in support of William of Orange in Flanders.
In 1690 he became Captain in Colonel John Hill's regiment of foot.
On 28th Feb 1694 he was transferred to the Royal Scots Dragoons with rank of Captain.
On 28th May 1695 he was appointed Major of brigade in Flanders.
Appointed Major of Charles Ross' dragoons (5th Royal Irish Dragoons) on 23rd Apr 1698 [Lustig, 1983] or 13th Apr 1698 [Seaver, 1929].
Promoted to brevet Lieutenant Colonel on 1st Jan 1703.
Distinguished himself as a soldier under Marlborough. He fought with Marlborough at Blenheim 1704.
He served under Lord John Hay, commander of the Scots Greys, and after his death Aug 1706 he married his widow.

He was a poet, playwright and amateur scientist. He was a friend of the writers and politicians Richard Steele, Joseph Addison, William Congreve and Jonathan Swift.

He mar 1707 [Lustig, 1983] to Elizabeth Orby [born 1686, descendant of Edward III].
She was widow of Hunter's commander Lord John Hay, and a wealthy heiress.
Through her he inherited estates at Croyland Abbey, Lincolnshire, and at Chertsey, Surrey.
His family took the name "Orby Hunter".

Lieutenant Governor of Virginia, 1707 (captured at sea and never served):
He was appointed Lieutenant Governor of Virginia in 1707.
The Governorship of Virginia had been given to George Hamilton, 1st Earl of Orkney [one of Marlborough's generals] in 1705. Orkney appointed his friend Hunter as lieutenant to govern on his behalf.
Hunter sailed to Virginia 20 May 1707, but was captured en route by the French. He was taken to France as prisoner. Had a very civilized captivity. Even received letters.
Letters survive written by Swift, early 1709, to Hunter in captivity in Paris, which "rallied him pleasantly on his social successes there" [DNB].
Swift falsely suggested that Hunter was the author of the "Letter Concerning Enthusiasm" [dated Sept 1707, pub anonymously 1708]. In fact it was written by the 3rd Earl of Shaftesbury.
Hunter was released in a prisoner swap for the French Bishop of Quebec in 1709.
He became Captain General.

Governor of New York and New Jersey, 1710-19:
Hunter suggested that the Palatines (Protestant refugees from persecution by Catholics in Germany) be settled in the British colonies. He petitioned the London Board of Trade to that effect.
The Board made a report to Queen Anne, 5th Dec 1709, proposing a settlement in the Province of New York: "May It Please Your Majesty: In obedience to your Majesty's commands, signified to us by the Right Hon'ble the Earl of Sunderland, we have considered the proposals made to us by Colonel Hunter, for settling 3,000 Palatines at New York and Employing them in the Production of Naval Stores".
The plan was approved 7th Jan 1710. He is described as "Brigadier Robert Hunter".
He sailed from Plymouth, 10th Apr 1710, bringing with him nearly 3,000 Palatines in a convoy of ships. See list of ships. The ship he was on, the Lowestoffe, arrived at New York, 14th June 1710.
He was appointed Governor of New York and New Jersey the same day, 14th June 1710.
His wife Elizabeth joined him in America in 1711, arriving at Philadelphia in July 1711. Their children apparently were born and grew up for a while in America.
He organised the Palatines to work in the forests of New York producing tar for the English Navy.
See letter from him from New York, 24th July 1710. He is described as "one of the few popular Royal Governors in American history". But he had many problems with the Palatines, who became the pioneer settlers of Schoharie County, New York.
He is described as "a Whig and friendly to Marlborough".
He was a friend in America of Lewis Morris and James Alexander.
Described as "a man of wit and humor", he authored (with Lewis Morris) a satiric farce Androborus (1714), the first play to have been written and printed in British America.

Hunter also had an affair c.1716 with Betty Holland [a New York seamstress] and had illegitimate issue:


He returned home 1719, with rank of Brigadier General.
In 1720 he became comptroller of the customs at the Custom House, London (the 1715 building that burnt down in 1814), swapping jobs with William Burnet, who became Governor of New York.
He served as comptroller under the First Lord of the Treasury, the 3rd Earl of Sunderland, and later, from 1721, under Walpole.
He inherited Burton Pedwardine, Lincolnshire, after his wife's father died 1724.
He became a member of the Spalding Gentlemen's Society 9 March 1726.
This is the oldest surviving local antiquarian society of England, founded 1710, Spalding, Lincolnshire (just N of Croyland). Isaac Newton (died 1728) was a member.

Governor of Jamaica 1727-34:
He was appointed Governor of Jamaica 1727 to re-assert British control of Jamaica against the Maroons (free and escaped slaves).
He gained rank of Major General 20 June 1729.
He was frustrated by Jamaica's mountainous terrain, which the Maroon leaders used to their advantage in guerrilla warfare.
He set up a sugar plantation c.1730 which he called "Hunterston" in Portland Parish, NE Jamaica.
He sent slaves to work the plantation.
His will dated 5 Jan 1733 [new style year].

He died Jamaica, 31 Mar 1734, age 67 yrs, shortly before the reinforcements he so often requested finally arrived in Jamaica.
He was bur 1st Apr 1734, churchyard of the Anglican church, Spanish Town, Jamaica.
The church survives but Hunter's grave does not survive.
He is described as lord of the manor of Croyland at death 1734.
His will proved with codicil in Prerogative Court of Canterbury, 4 Nov 1734. He is listed as of Burton Pedwardine, Lincolnshire, and Captain General and Commander in Chief of Jamaica.

Connections between 10th Earl of Pembroke and Kitty Hunter

The 10th Earl of Pembroke had an affair in 1762 with General Robert Hunter's granddaughter Kitty Hunter.
There were claims she was a "stable girl" or "an actress", but the status of her father and grandfather shows this is nonsense.
She was a society lady of fashion, from a political and military family. And quite likely the reason she met the 10th Earl was because their families already knew each other, or at least moved in the same circles.
Here are the most obvious connections:

And some other connections:

Governors of Jamaica in fiction

Both of the following are ludicrous but good fun: 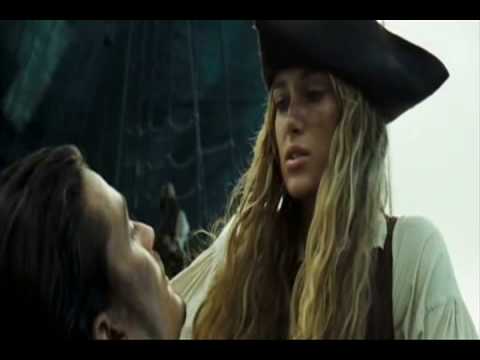 Tribute to Governor Swann in Pirates of the Caribbean.

Governor Swann's Mansion in Pirates of the Caribbean.

George Orby Hunter is unidentified.
Presumably he descends from General Robert Hunter and Elizabeth Orby.
See discussion about who he might be.

Elizabeth Orby Hunter is unidentified.
This is her married name.
Presumably her husband descends from General Robert Hunter and Elizabeth Orby.