The notes by Patricia Lavelle about her Lyons ancestry are a bit inaccurate:

However, we find that someone of Maria Agnes Lyons' generation, Mary Ellen Lyons, married in 1874 to Dr. Francis Falvey of Tralee. And there are connections between the families: 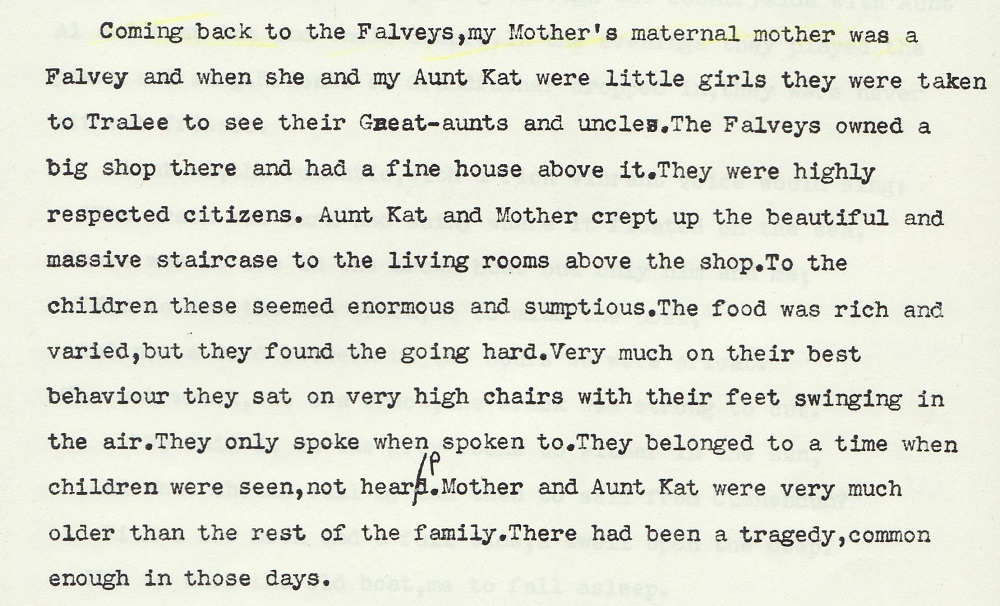 The somewhat confused reference to the Falveys of Tralee by Patricia Lavelle.

There is a Laurence Lyons listed in [Griffiths Valuation, 1852] at Rathcool, Dromtarriff par, Co.Cork (near Millstreet, see modern map).
He is renting plot 15 from Sir George Colthurst. 39 acres and a house.
This might be our Laurence.
From askaboutireland.ie.

Our John Lyons is probably identical with John Lyons, son of Laurence Lyons above.

There is a borderline DNA match (8 cM) between a descendant of John Lyons above and a descendant of the following Francis Lyons of Millstreet.
We are not sure if the two are related through this line. It could be through another line.
We did find this by deliberately searching DNA hits for Lyons of Co.Cork. And this Francis Lyons is much poorer and lower status than the other Lyons. And the DNA match is only borderline.