Herbert James Wells,
Herbert Wells, born 14th Jan 1871, Tannington, Suffolk.
His mother died 1878.
He is listed in [UK census, 1881] as living with grandparents in Ipswich town. His father and some of the children are in London.
He is listed in 1891 census as "Bank Clerk" in accomodation for a large bank at 1-2 Lombard St, City of London.

He mar 1stly, 1900, Erith, Dartford, Kent, to Florence Belcher [born 1863, Islington, perhaps sister of Lily Belcher].
They are listed in 1901 census at 52 Woolwich Rd, Belvedere, E side of London. He is "Banker's Clerk". They have one servant. This is near his father's house, Tower House, Berkhampstead Rd, Belvedere.
Florence died 1901, Erith, Dartford, age 38 yrs.
Herbert had issue by 1st wife: 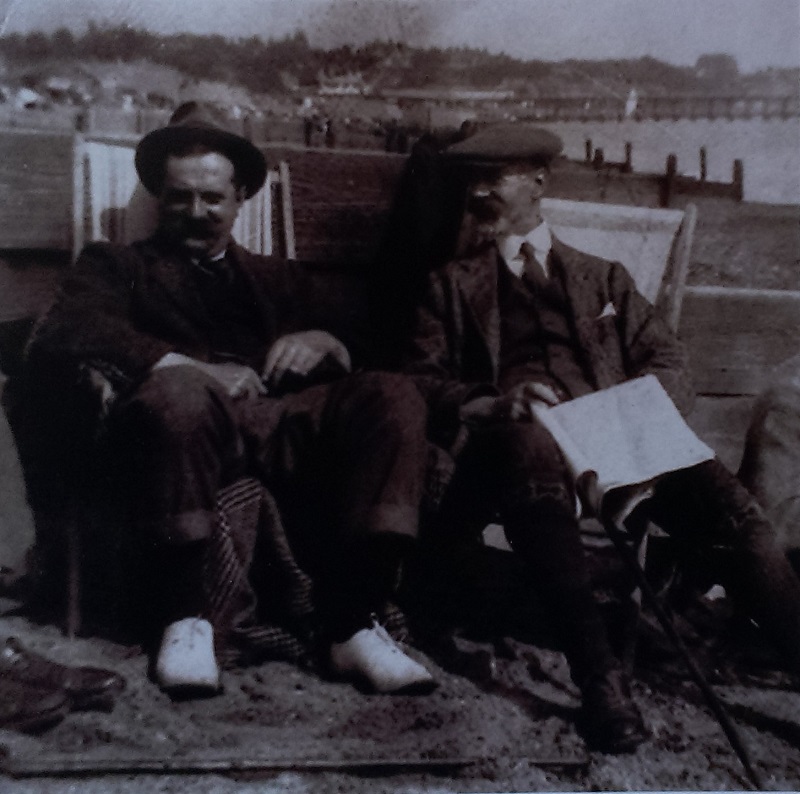