[Denny, 1908] listed the surviving monuments in the church.
Many of the Dennys of Tralee are buried in the Denny vault at the E end.

The old Rectory stood to the RHS of the church (looking from Ashe St) until demolished in 1995.

Rev. James Day, Rector of Tralee 1805-18, was reported as dying 1818 "at the Glebe House, Tralee".
The Rectory had 1 acre of a garden.
It served as the Rectory until a new Rectory was built at the rear in 1966.
It was sold in 1967.
It was demolished 1995. The gates survive.
The grounds now include St. John's Parochial School (Church of Ireland primary school), the Parish Centre, and the new Rectory.

The gates into the old Rectory (now demolished).
Photo 2010. See larger and full size.
See further to the RHS and inside gates. 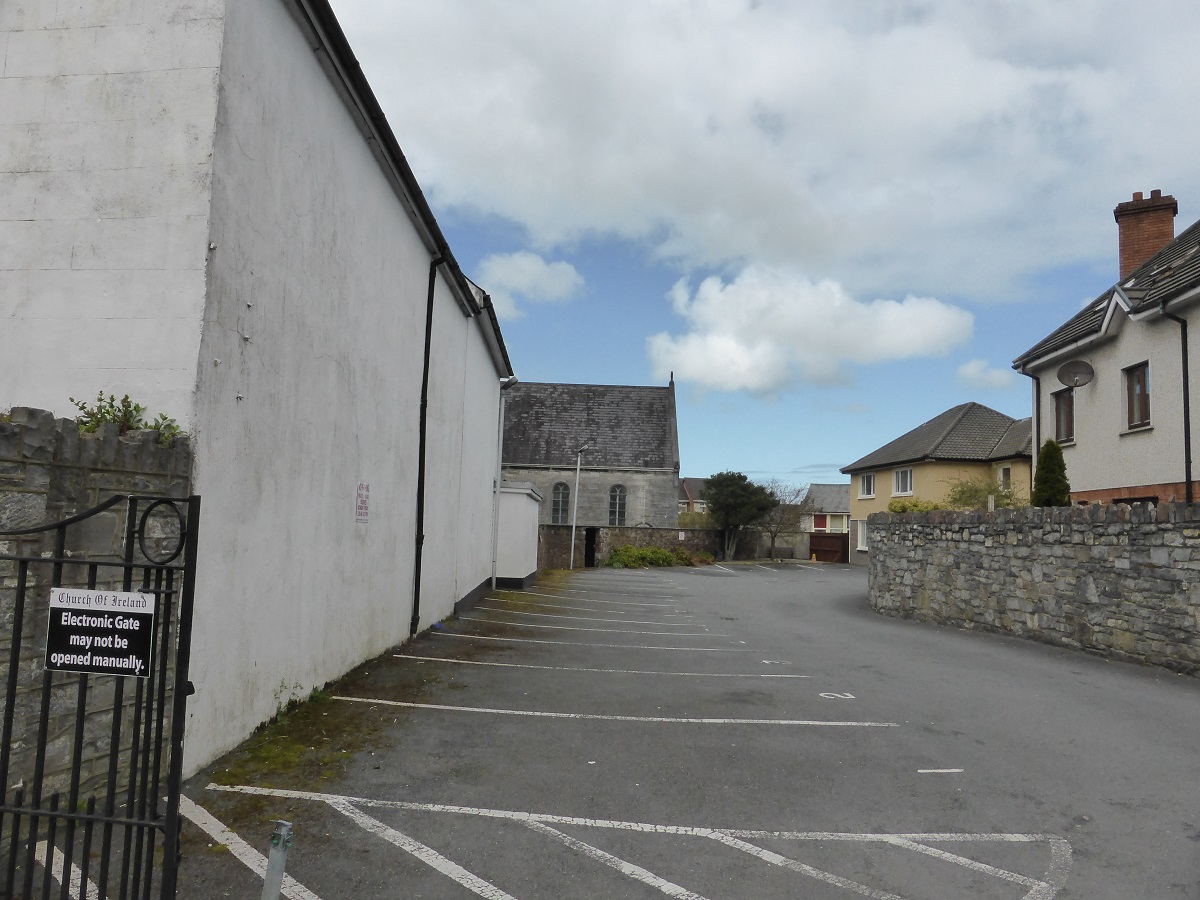 Inside the gates.
Photo 2016. See larger and full size.
See shot to the RHS.

Gate from the grounds of the old Rectory into the church grounds.
Photo 2013. See full size and other shot.
See 2010 shot (and wider shot).

The gate from the other side (church side).
The modern building is on the site of the demolished Rectory.
Photo 2013. See full size
Shows that the wall here is old, while the wall round the Rectory site is newer.
See 2010 shot and other shot.

Tralee church and site of Rectory. Modern map.
From OSI.
The maps show that the curving wall around the rectory site is new, while the boundary wall to the N is old.

Photo 2013 shows that the curving wall around the rectory site (RHS in picture) is newer than the boundary wall to the N (background).
See full size.
See other shot of the curving wall.

Close-up of the old boundary wall to the N (background of picture above).
Photo 2013. See full size

The N boundary wall from the outside (further up the road).
Photo 2010. See larger and full size.
See other shot and other shot.
See rectory side of wall near the road.