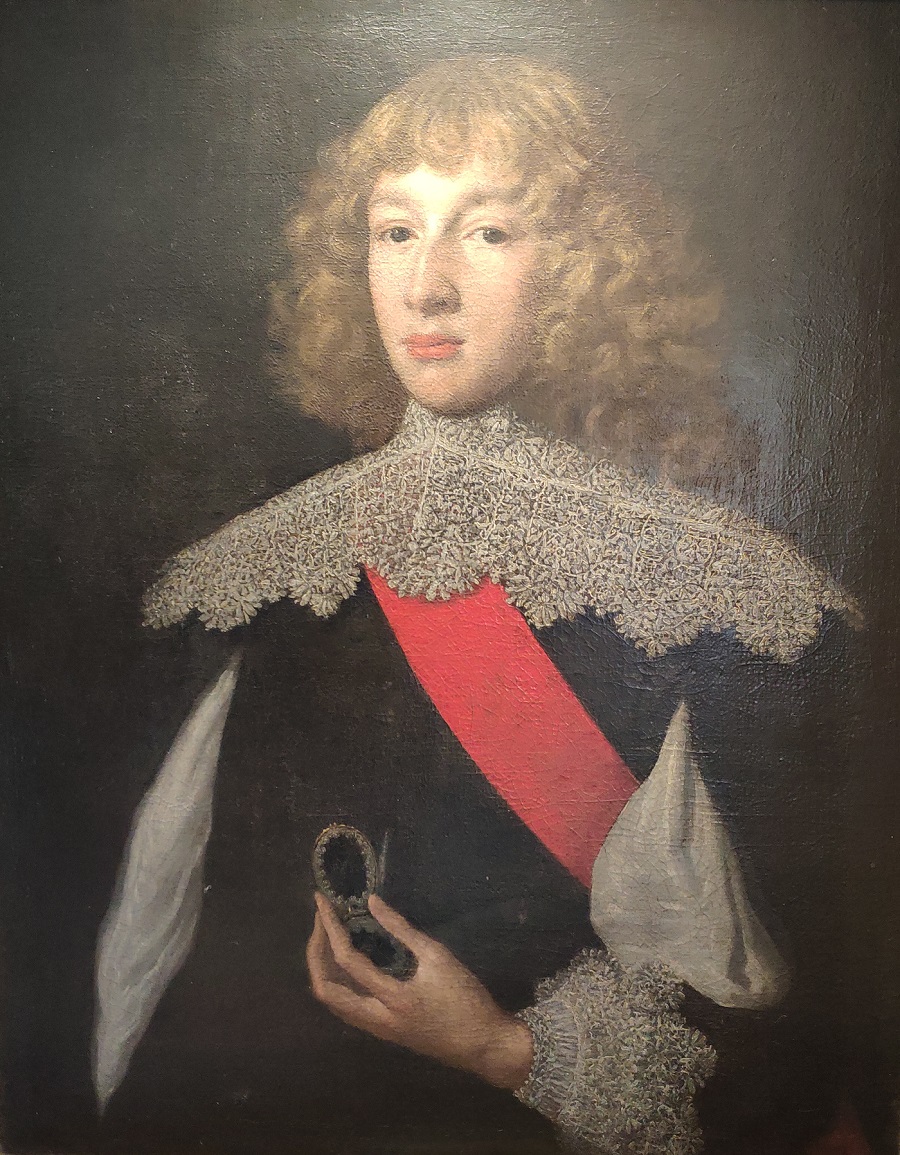 
Sir Edward Denny,
of Tralee Castle,
bapt 30 July 1605.
When he was young, Tralee Castle was in ruins and his family lived at Carrignafeela Castle near Tralee.
His father died 1619.
Richard Boyle, 1st Earl of Cork was his guardian. (Two of his sons ended up marrying grand-daus of the Earl.) 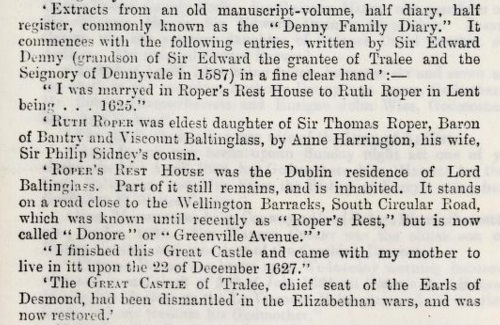 Miniature thought to be of Sir Edward Denny

The following miniature is labelled as Sir Edward Denny (died 1646).
Though the Victoria and Albert Museum is more cautious. 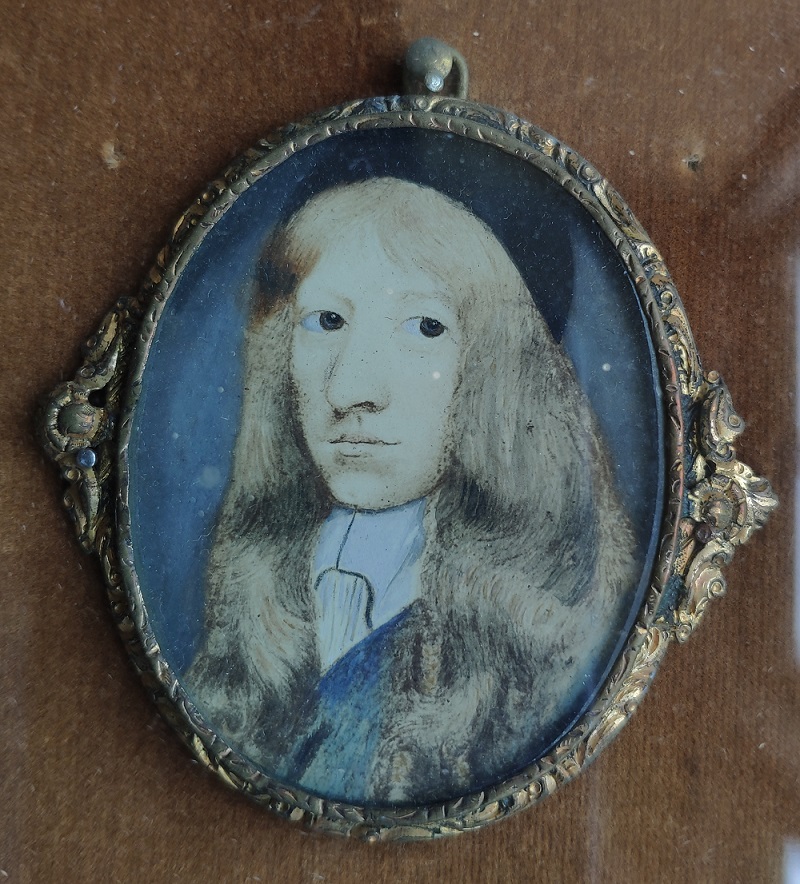 The label on the above says this is Sir Edward Denny (died 1646).
See larger and full size. 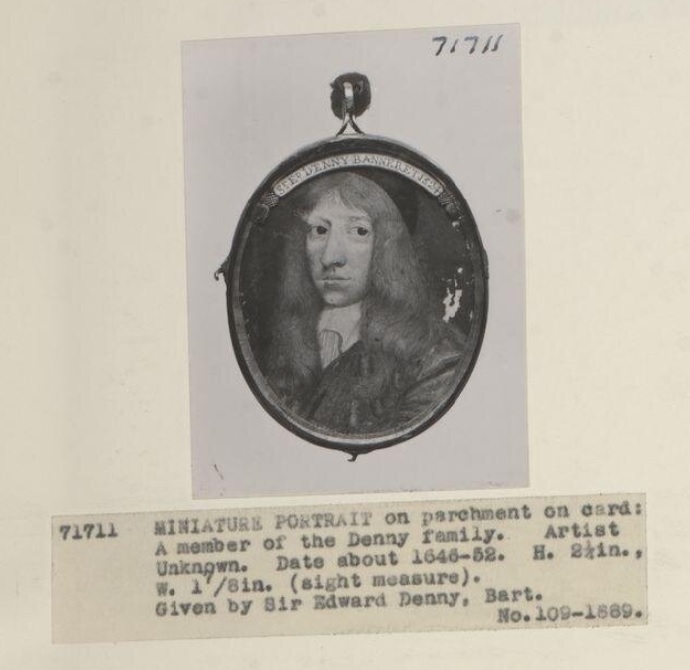 The above is a copy of the original.
The original, shown here, was given by the 4th Baronet to the Victoria and Albert Museum.
Their catalogue only says it is a member of the Denny family.
It gives date about 1646-52, i.e. after death of Sir Edward Denny.
The label (according to the V&A) reads "Sr. Ed. DENNY BANNERET 1524". This is mysterious. I do not know what this means. Maybe it should read "1624" and that is the year Sir Edward was knighted?

Documents about the 1641 war

Letter of 25 Feb 1642 (using new style year).
It references Simon Harcourt, who died Mar 1642 (new style), so this is clearly Feb 1642 (new style) not Feb 1643.
From p.316 of [Hickson, 1872].
This is a letter from 2nd Earl of Antrim (Catholic, Royalist). It describes a victory by Sir Edward Denny, "one of our Captains", in battle near Dublin against rebels led by Thomas Eger. But, as Hickson notes, the language is confusing and there is something wrong with this letter.
Hickson says the original is in a pamphlet in the King's Library at the [BL].
This is transcribed here at Early English Books Online. 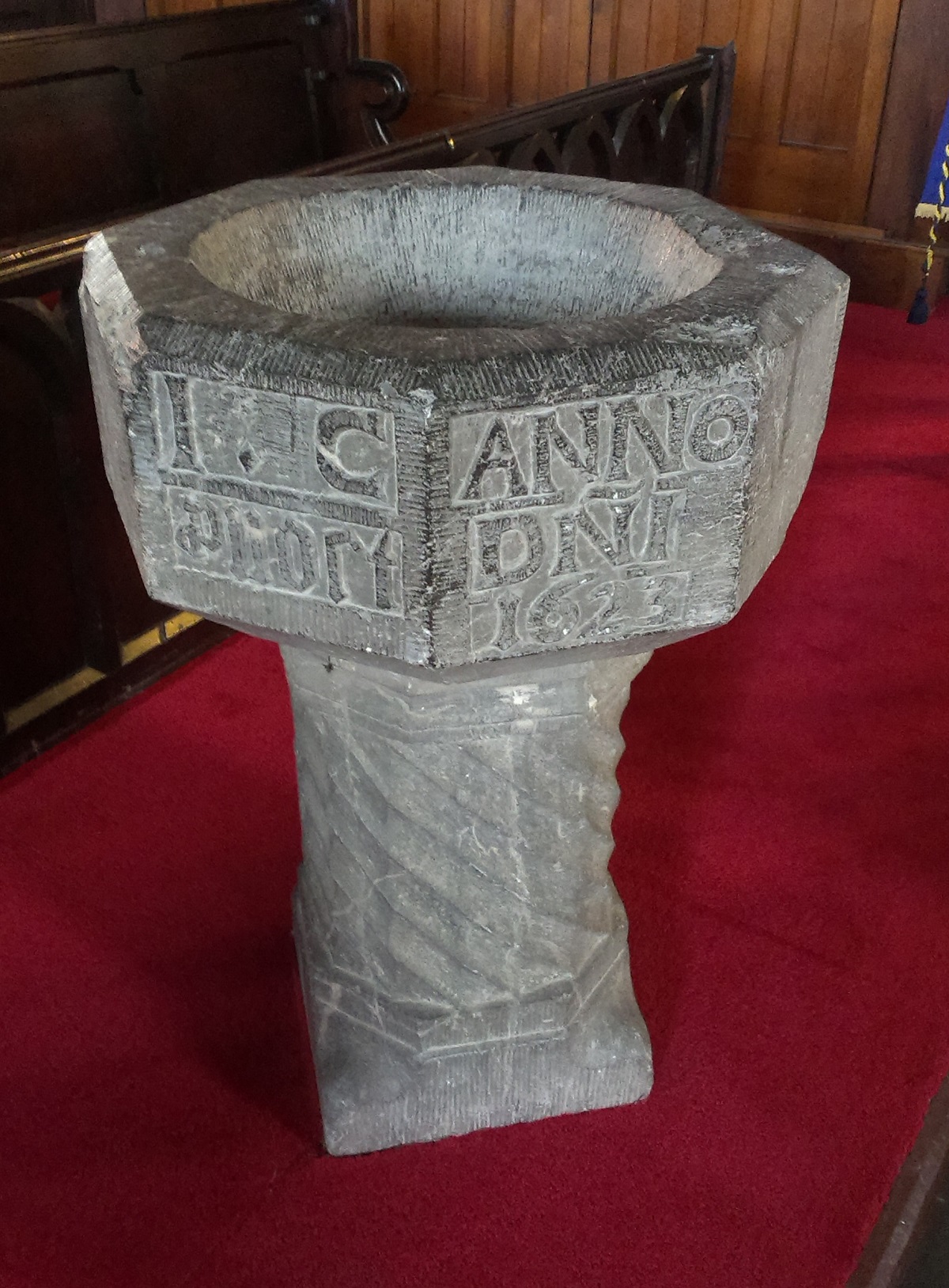 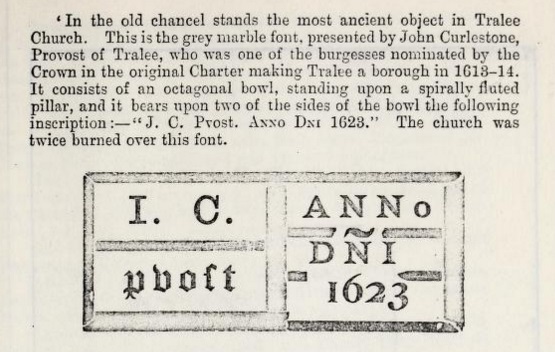