Sir Arthur Denny, eldest son, at the front of the sons, on tomb of his father in Waltham Abbey, Essex.
Tomb erected 1600.
Photo 2019. See larger and full size.

Sir Arthur Denny, born 1584,
originally from Bishop's Stortford, Hertfordshire, later settled in Co.Kerry.
His father was granted Tralee town and castle, Co.Kerry, Ireland, in 1586. His father spent some time in Ireland but returned to England.
His father died 1600.

Arthur mar Elizabeth Forrest.
His son was bapt at Bishop's Stortford, Hertfordshire, in 1605.
He moved to Ireland after 1605. He was the first Denny to permanently settle in Kerry. His brothers stayed in England.
Tralee Castle was however in ruins in his time.
He lived at Carrignafeela Castle, E of Tralee, Co.Kerry.
He died at Carrignafeela Castle, 4 July 1619, age 35 yrs. See [Hickson, 14 Apr 1897].

Elizabeth Forrest was alive in 1635 at the birth of her grand-dau Elizabeth Denny.
Extract from the "Denny Family Diary" written by her son Sir Edward Denny.
From p.371 of [Denny, 1908].

Many of the Dennys of Tralee are buried in the Denny vault, under the old E altar of St.John's church, Tralee.
The vault stone is marked outside the church. (SE corner of the church.)
See list of Denny family members buried here in [Denny, 1908]. 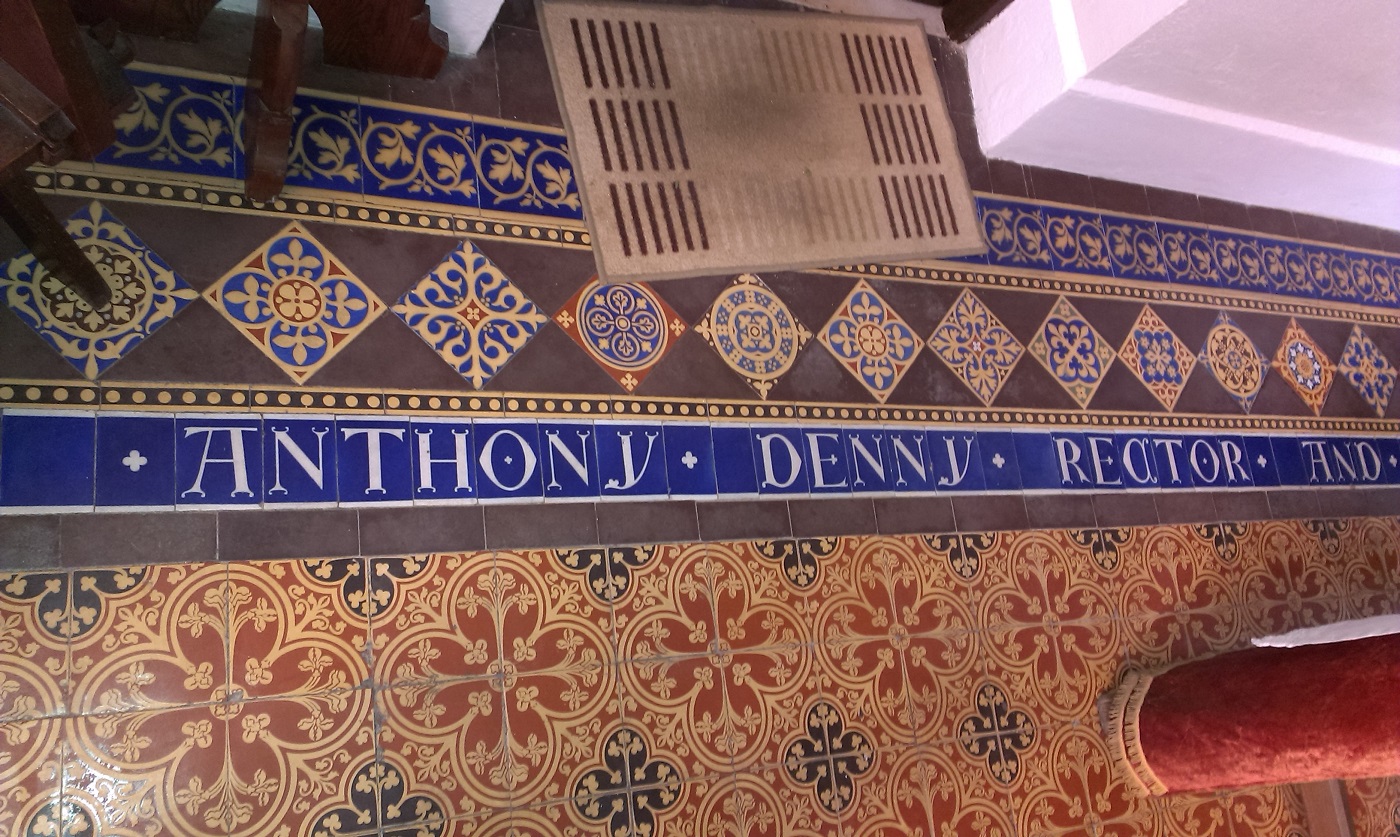 Denny tiles inside the church at the old E altar.
From the time of Rev. Anthony Denny (Rector of Tralee 1831-62). It is a memorial by him and his brothers to their parents.
Photo 2016. See larger and full size.

Location of the stone of the Denny vault (under window).
SE corner wall of the church. Outside the E end (old altar).
Photo 2016. See larger and full size.
See closer shot. 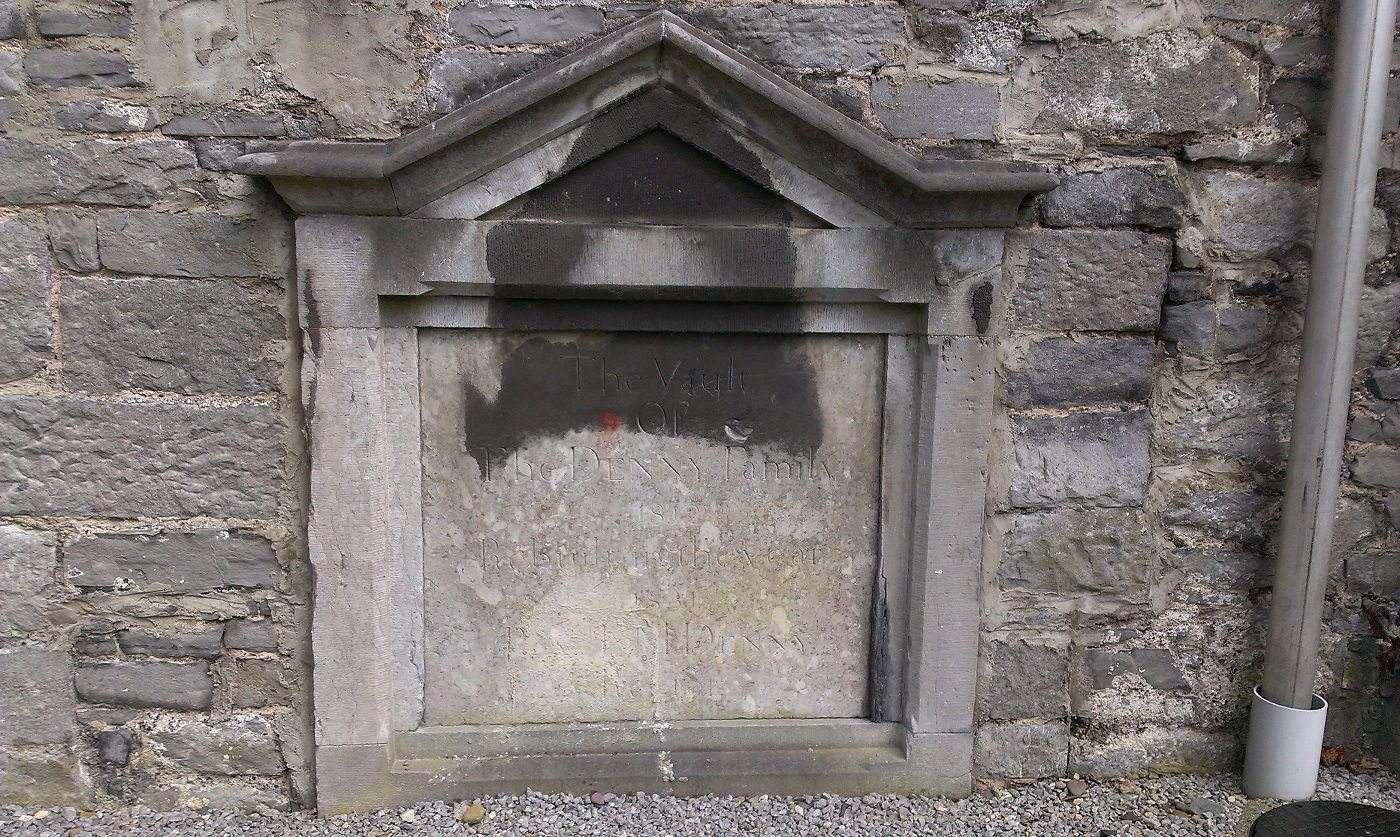 The stone of the Denny vault.
Photo 2016. See larger and full size.
See other shot and other shot.